The Italian Starchitect Who Built Milan—and then Disappeared

A new book sheds light on the work of Piero Portaluppi. 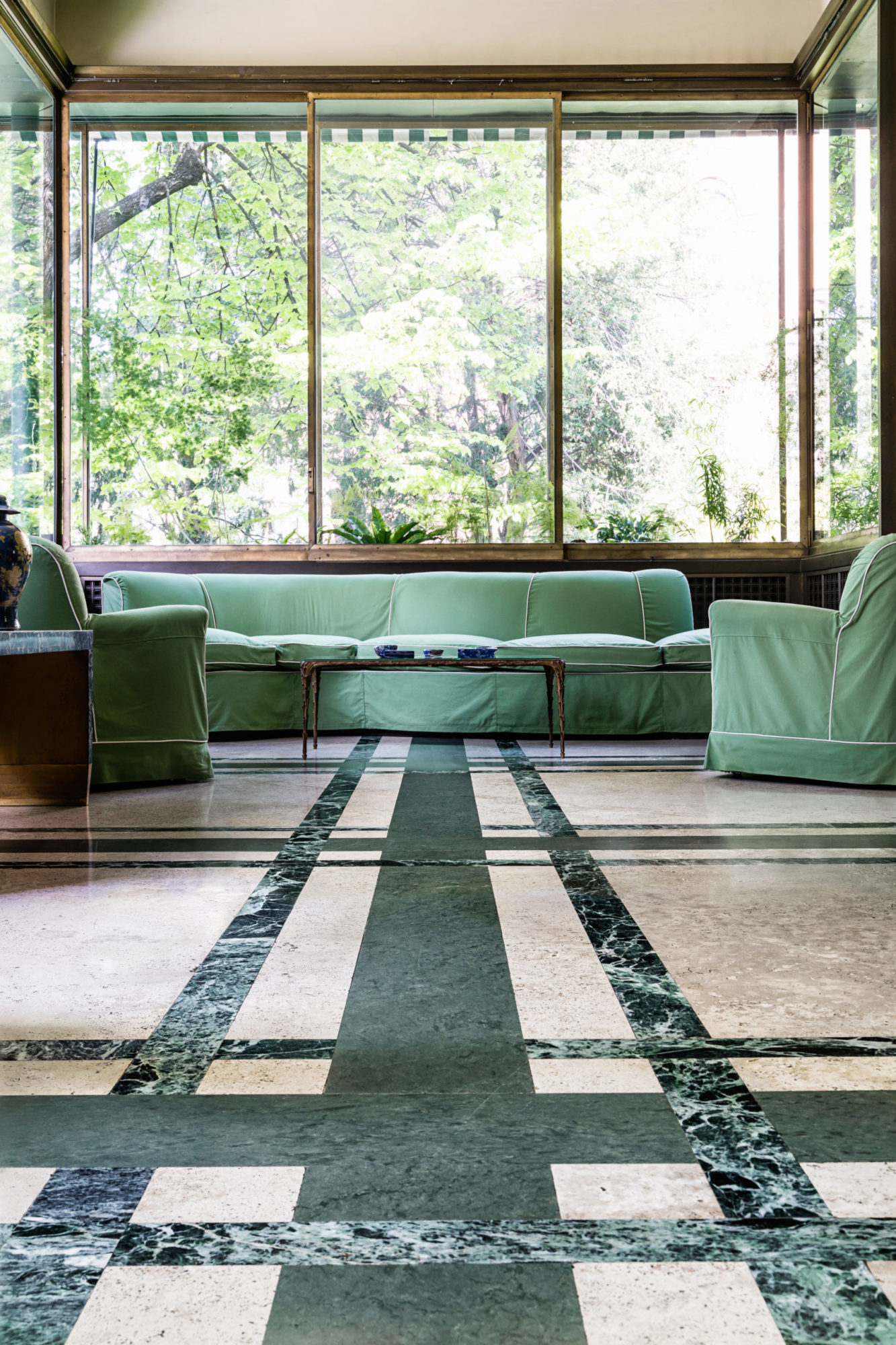 The Italian Starchitect Who Built Milan—and then Disappeared

A new book sheds light on the work of Piero Portaluppi.

Charming and quick-witted, fond of green bow ties and convertible sportscars, architect Piero Portaluppi transformed the city of Milan, building more than 100 buildings within its borders between 1910 and the 1960s. Luxury villas, offices, hotels, museums, a planetarium—all bore his distinctive touch: sometimes restrained and elegant, sometimes dynamic and playful. He was a favorite of wealthy industrialists and a respected professor and Dean of Architecture at Politecnico di Milano, but after World War II, tainted by his professional association with the fascist regime, he fell into obscurity. Those who knew Portaluppi said he was not sympathetic to Mussolini, but like many architects of the time, he took commissions from Il Duce, including creation of the provincial party headquarters. Portaluppi was acquitted of actively supporting the party in 1946, but it wasn’t until director Luca Guadagnino showcased the architect’s stunning Villa Necchi-Campiglio in his 2009 film I Am Love that he was once again celebrated.

In 2021, Villa Necchi again appeared onscreen, this time as the home of Rodolfo Gucci (played by Jeremy Irons) in the film House of Gucci, and in March of this year, Rizzoli releases Piero Portaluppi, a handsome monograph written by Patrizia Piccinini with photographs by Lorenzo Pennati. Covering the breadth of the architect’s oeuvre (including a series of surprisingly magnificent hydroelectric power stations), the book highlights residences that are not only strikingly beautiful, but also open to the public—welcome inspiration for those of us looking to dust off our passports. In these homes we see the man Piccinini calls “an extraordinary inventor of textures,” a Modernist who expressed energy and exuberance on every surface of his buildings—walls, ceilings, staircases, facades, and floors. He lavishly layered rich materials and contrasting geometric motifs to create a level of energy and glamour that is completely of its time and equally irresistible today.

Turn-of-the-century power magnate Ettore Conti (who would later become Portaluppi’s father-in-law) gave the architect free rein in designing a series of hydroelectric power stations in the Val d’Ossola region. Portaluppi decorated the exterior of the Cadarese power station in Premia, built between 1925 and 1929, with a series of geometric shapes done in the sgraffito technique of layering colored plaster on a wet surface.

In 1929, Portaluppi began work on Casa Radici-Di Stefano, a five-floor home for an extended clan where one family occupied each floor, everyone moved freely in between, and the staircase functioned as an additional gathering place. Portaluppi brought dynamism to the space with an Art Deco–patterned railing that alternated between graceful curves and sharp angles, and a geometric mosaic patterned floor that repeated on the upper levels but reversed on the ground floor.

Within the individual homes at Casa Radici-Di Stefano, Portaluppi created a series of fanciful doors accented with patterned glass panels. The owners of the house were passionate art collectors; pictured here is a room devoted to the work of Italian modernist artist Mario Sironi.

Starring roles in I Am Love and House of Gucci brought a new wave of recognition to Villa Necchi Campiglio, built in 1935 for sewing machine magnates. The veranda displays the home’s sharp geometry and lavish materials, its travertine floor decorated with intersecting bands of green marble.

Located in Somma Lombardo, an area northwest of Milan known for horseback riding and hunting, Via del Dosso is a country house created in the mid-1930s that has a more rustic feel than other Portaluppi projects, but still has touches of opulence, including the lozenge-patterned wainscoting (a hallmark of the architect’s work) in the dining room that looks into the marble-floored living room.