By Meeghan Truelove and Lexi Clegg 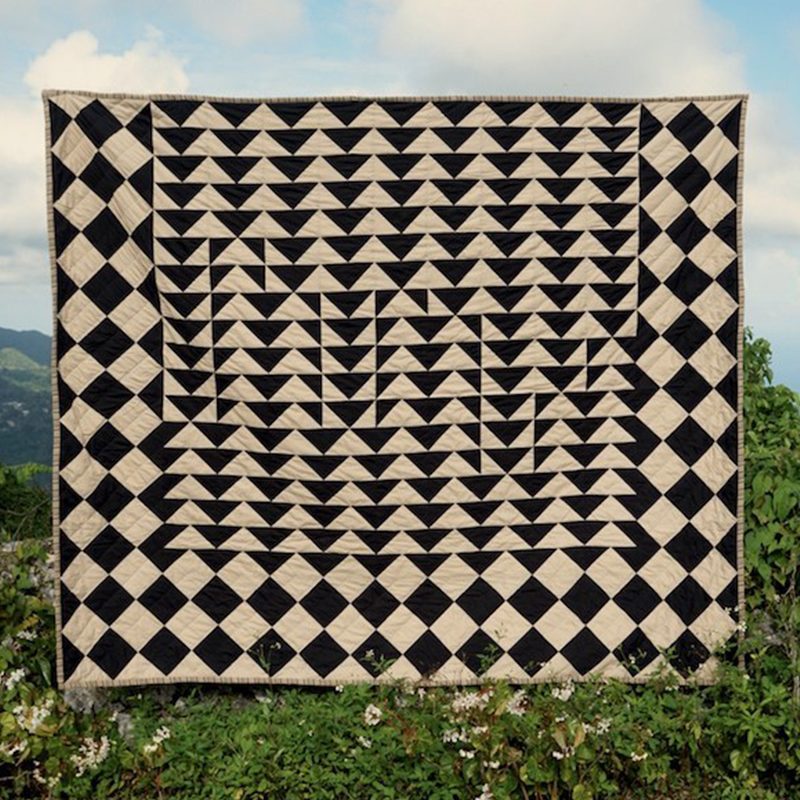 The time-honored practice of quilting—one of the bedrocks of Americana folk tradition—is having a major moment, and being reinvented in thrilling new ways by some of today’s top creatives. 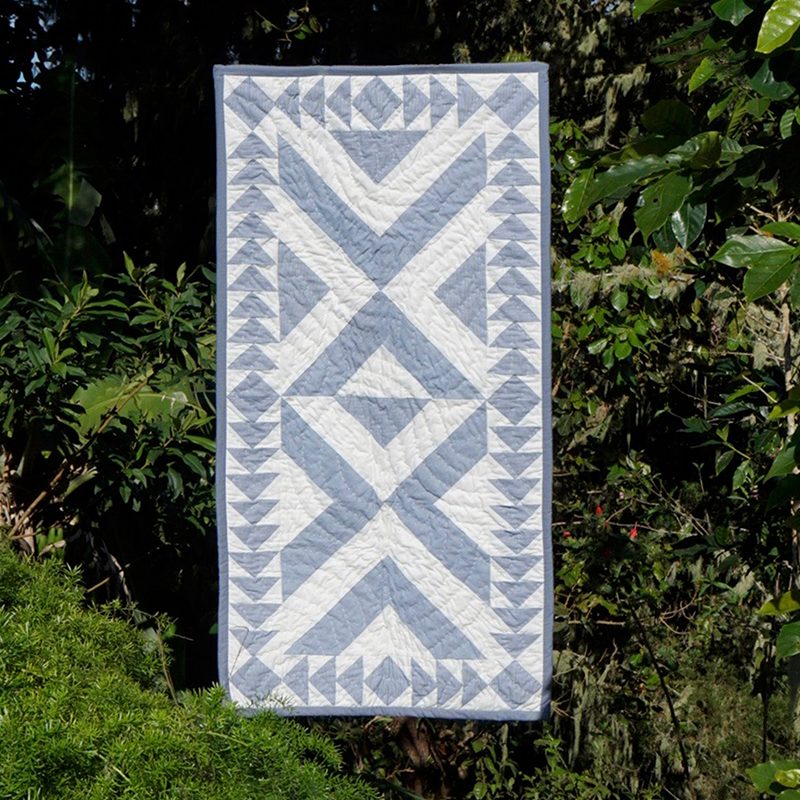 The Jamaica-raised, RISD-trained Jessica Ogden gained an avid cult following in the late 1990s and early 2000s for her chic clothes incorporating vintage quilts. This led to a collaboration with French fashion luminary Jean Touitou and the introduction of a line of hand-stitched quilts for Touitou’s label A.P.C. Ogden has just produced another batch of the stunning pieces for A.P.C., all based on surplus textiles in A.P.C.’s extensive archives. 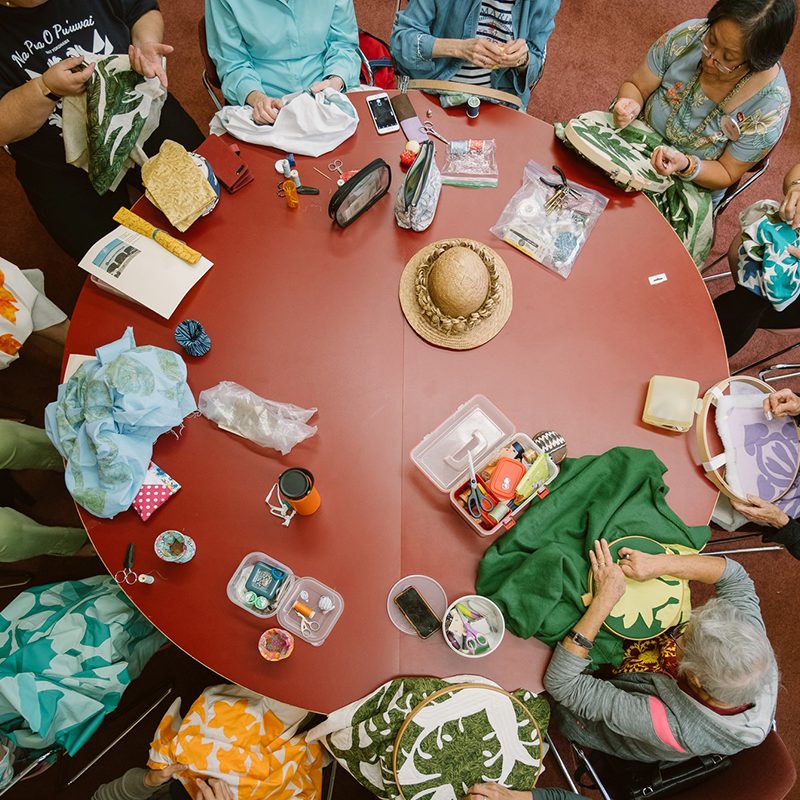 Jonathan Anderson—creative director of Loewe and all-around fashion polymath—is well known for his celebration of craft. He was smitten when the 47-year-old Hawaiian quilting circle Poakalani recently crossed his path, and commissioned the group’s Patricia Gorelangton to produce custom pieces to display during Milan’s Salone del Mobile. Components of the designs will also be integrated into limited-edition Loewe accessories. 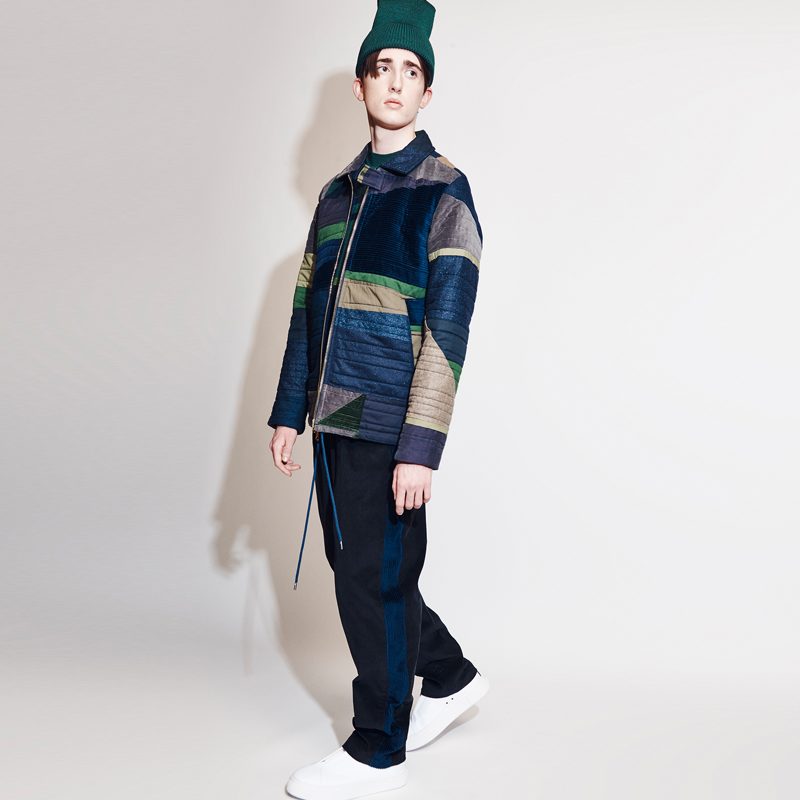 The clothes that rising fashion designer Daniel Dugoff creates for his menswear line, DDUGOFF, are heavily informed by his textile choices. After interning for the likes of Derek Lam and working for Marc Jacobs, Dugoff launched his brand in 2014 and landed a highly coveted spot in the CFDA’s fashion incubator program. One of his signature pieces so far has been a knockout patchwork jacket meticulously cut and constructed from custom yardage he commissioned from an Atlanta-based quilter. Since then he’s incorporated quilting techniques into his pieces in multiple ways, including as an insulated snowsuit made of waterproof nylon and an overcoat loaded with plenty of pockets. 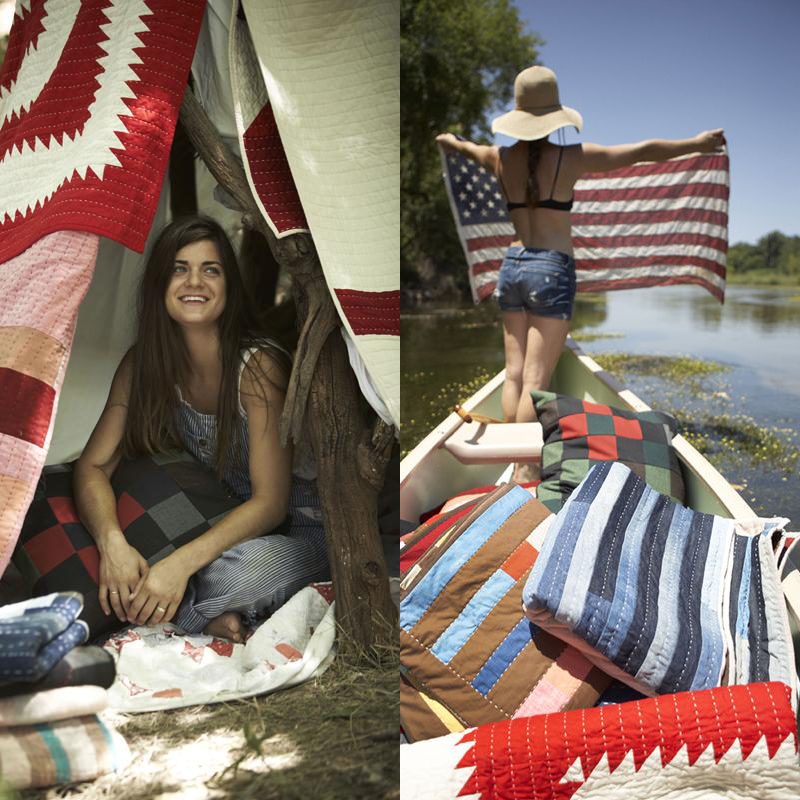 Maura Ambrose is the rootsy cool girl of contemporary quilt arts. Based in Austin, Texas, the SCAD-trained Ambrose sells her pieces through her company, Folk Fibers. Each quilt is crafted from natural-fiber textile scraps, many of which she hand-dyes herself. Her work has drawn the attention of everyone from Martha Stewart to blogging maven Camille Styles, and she’s produced limited-edition pieces for such companies as Terrain. 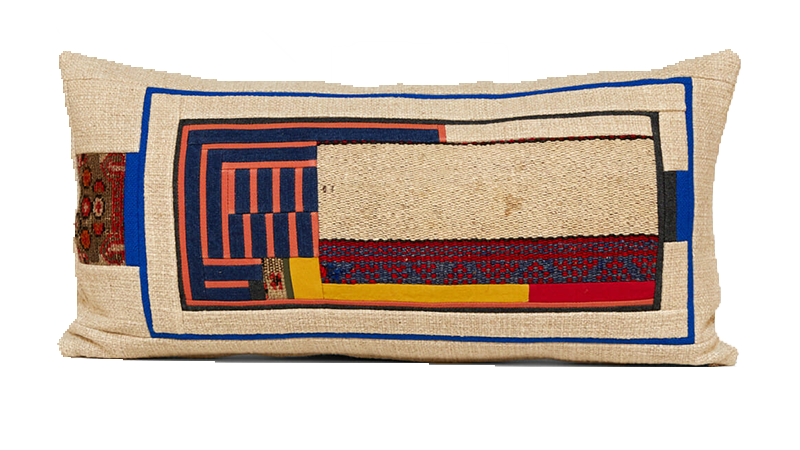 Courtesy of The Future Perfect

Textile artist Adam Pogue takes the tactile tradition of quilt crafts into the realm of high abstraction. His extraordinary pieces are meditations on geometry, color and form, inspired by ancient quilting practices such as the Pojagi method from Korea. His work is carried by such galleries as The Future Perfect, and he has an ongoing product collaboration with the design firm Commune.