In the third edition of our Meet the Makers series, we hop across the pond to chat with the British duo behind A Rum Fellow, and find out all about the striking handwoven textiles that they make with gifted artisans in Guatemala. 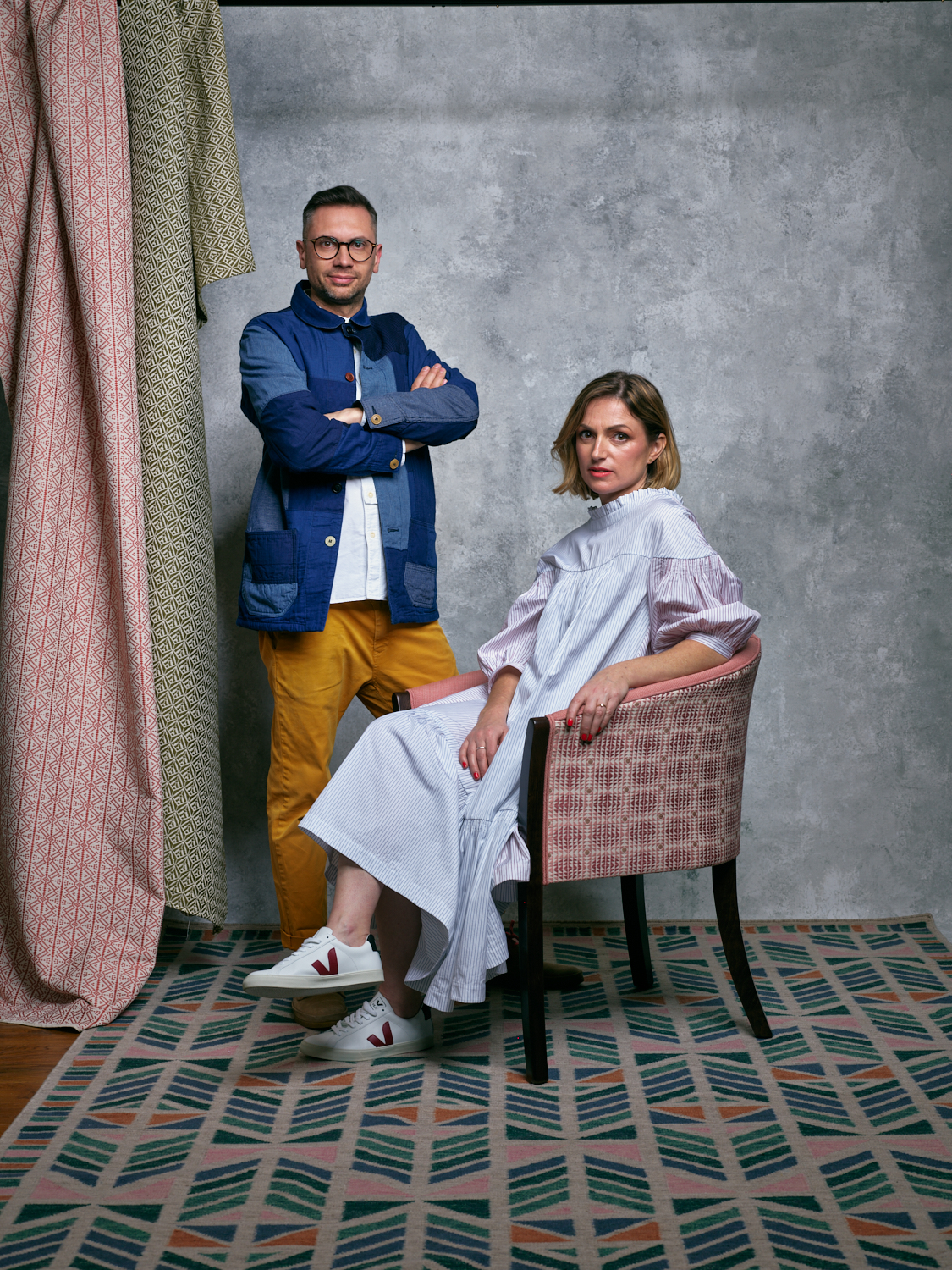 It was while traveling around South America in 2012 that Caroline Lindsell and Dylan O’Shea, the creative couple behind the London design studio A Rum Fellow, fell for the rich textile cultures of Bolivia, Peru and, especially, Guatemala. “There’s this wonderful well of weaving talent,” says O’Shea of the Maya women they met in the Guatemalan highlands. “They live and breathe fabrics there–the textiles literally represent their indigenous identities. The symbols and the colors and techniques change from village to village.” 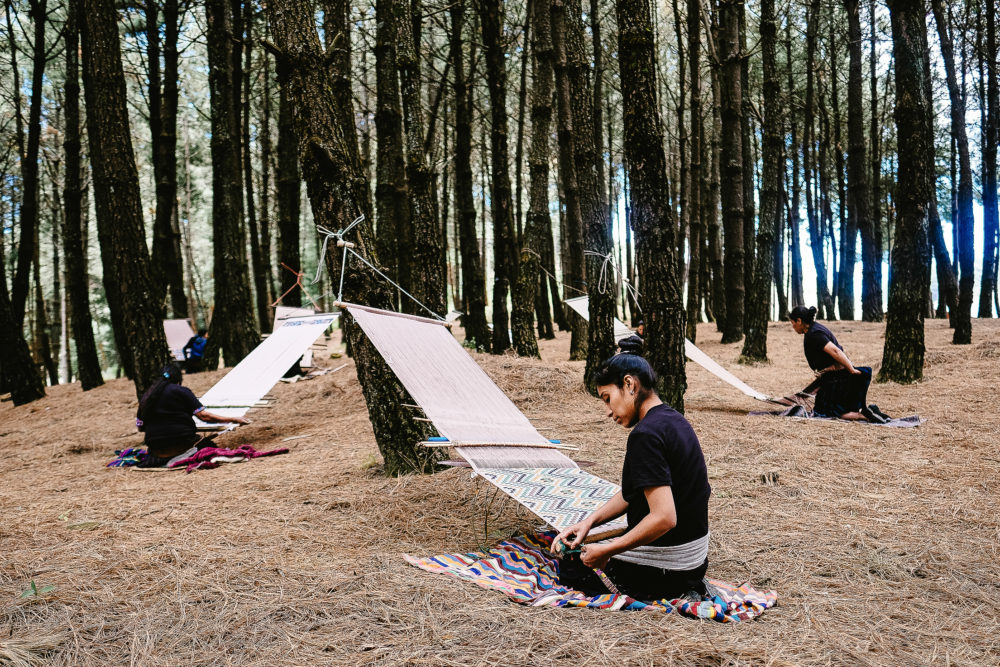 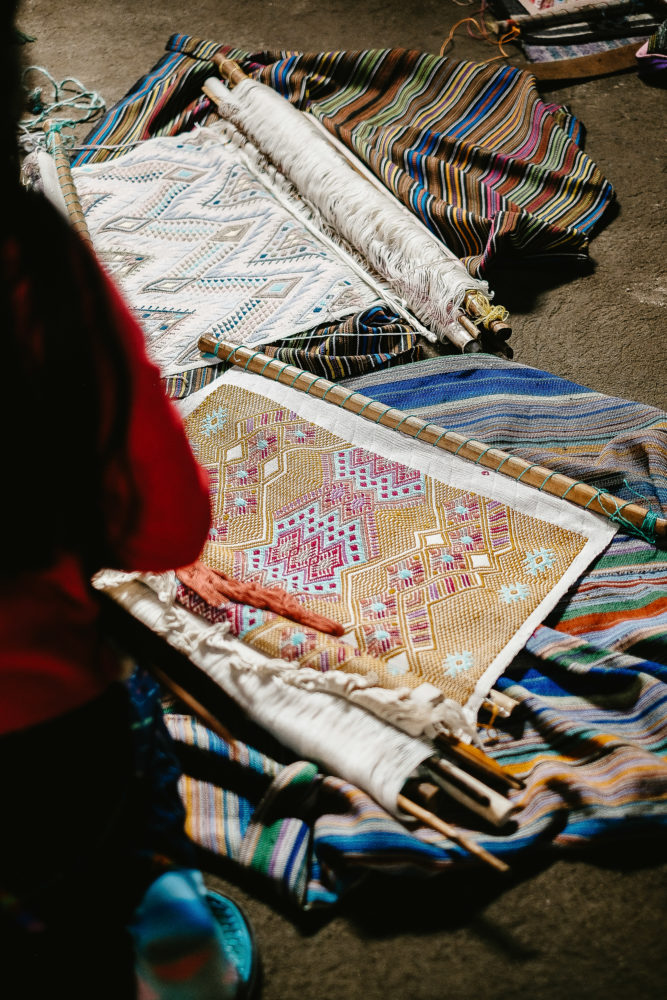 Segments of  brocades on the backstrap looms after a day of weaving.Courtesy of A Rum Fellow
O’Shea and Lindsell were so enamored that they kept going back, and what eventually emerged from their itinerant spirit is now a fully fledged transglobal fabric, furniture and lighting firm that bristles with vibrancy. Today, Lindsell, the firm’s creative director, creates the product designs in their London office, and then she and O’Shea travel to Guatemala to work with the Maya weavers who bring their textiles to vivid life. “Our goal has always been to create handmade materials that have integrity,” explains O’Shea. Their collections include brocade panels, which are woven and embroidered entirely by hand, and running yardage forged on large pedal looms using a wide range of centuries-old processes. “For us, hand-produced fabrics have a very different feel and finish to them, in every sense. They’re just so stunningly beautiful.” 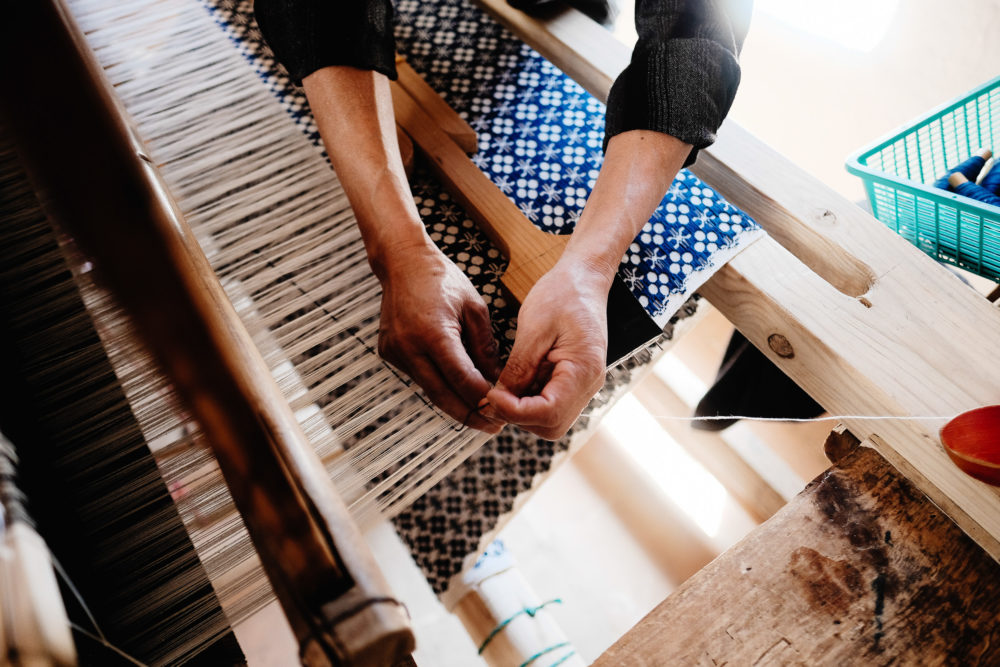 In one of A Rum Fellow’s Guatemalan workshops, a weaver works on their Lempa pattern.Courtesy of A Rum Fellow
He’s not wrong. These are fabrics imbued with a sense of adventure—which is only fitting, given that Lindsell and O’Shea chose the charmingly old-fashioned English term “rum,” meaning “unusual” or “strange,” as part of their studio’s name. A Rum Fellow’s original mission was to offer an alternative to the Far Eastern aesthetic that proliferated on the European design scene back when they launched in 2014. Though the designs draw on an abundance of heritage techniques, each one is executed with its own particular, contemporary point of view. “We’re not archivists,” insists O’Shea. “We don’t see ourselves as voices for the traditional style of these textiles–we want to take them somewhere new. We simply work with incredibly talented people who need a bridge to market.” 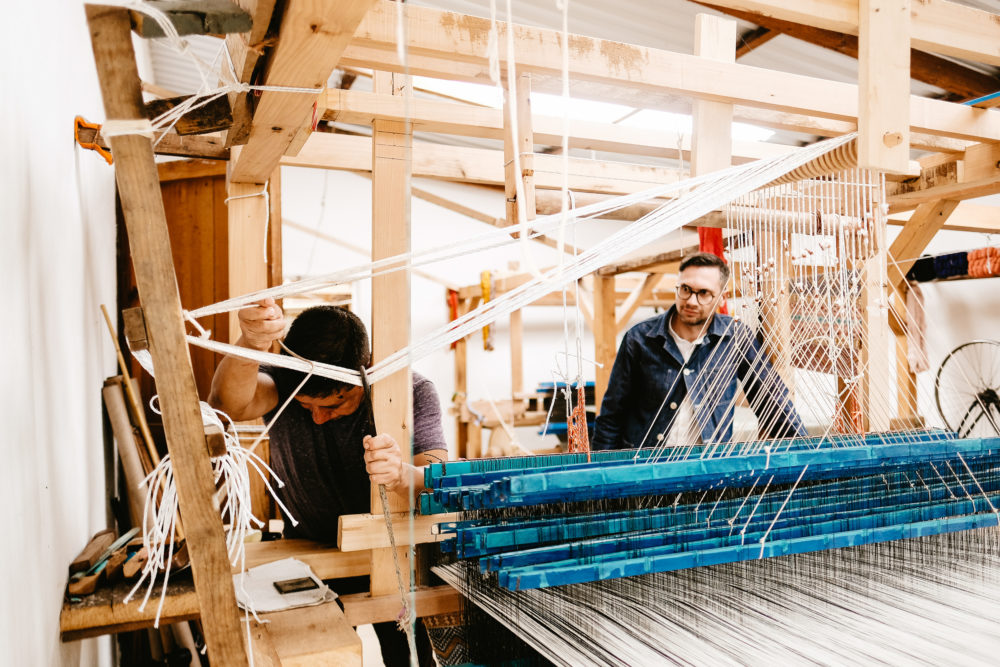 O’Shea, right, watches on while a weaver tightens up his loom.Courtesy of A Rum Fellow
With O’Shea’s background in nonprofits and international development, and Lindell’s in fashion design at brands such as Abercrombie & Fitch, it’s little wonder that A Rum Fellow’s chic and socially conscious wovens have found a devoted following amongst top decorators including Kit Kemp and David Collins Studio. These are life-affirming textiles whose playful, provocative patterns can work in a limitless range of spaces. “We never wanted to be pigeonholed,” says O’Shea of their all-encompassing style. “The joy of our designs is that they can bring a pop of color to a modern home or a country cottage. The most important thing is that when you walk into the room, you should feel that textile’s sense of character and fun.”
SHOP A RUM FELLOW HERE >