This Fierce Feline Motif Is Thousands of Years Old

In the first installment of her new series for us exploring the fascinating history of iconic motifs, textiles expert Jill Lasersohn–who has amassed one of the country’s most significant and stellar collections of fabric documents–expounds on the mighty, mythical pard, and what’s behind its enduring appeal. Jill, take it away! 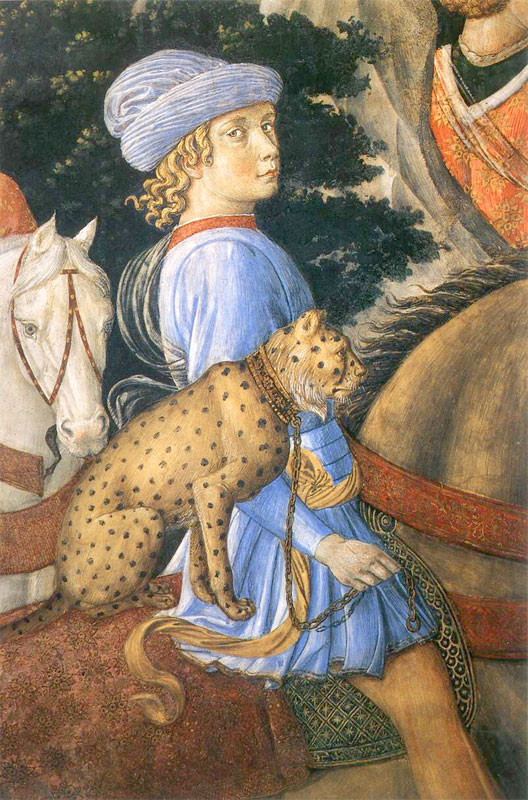 A detail of Procession of the Magi by Benozzo Gozzoli, c. 1459. Medici Palace, Florence. 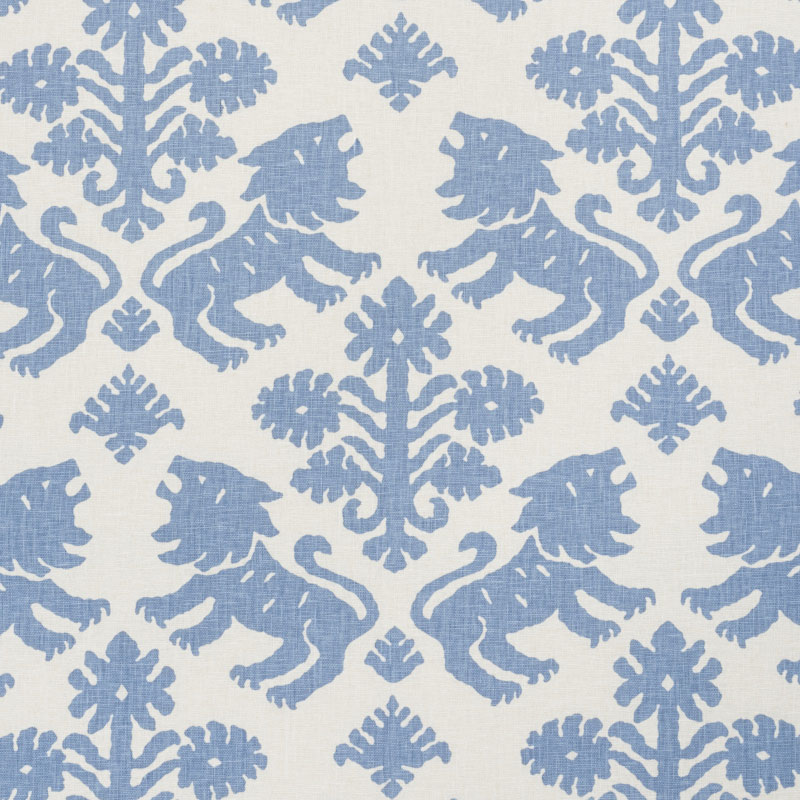 A few years ago, I was in a museum in Europe when I noticed the word pard used to describe a leopard- and lion-like figure in a silk fragment similar to one in my own textiles collection. And so began my long and fascinating journey into the world of these symbolic creatures….

What I quickly learned was that the pard was actually everywhere if I just looked, especially in heraldic art, which for centuries was such a meaningful visual idiom that it is often referred to as the shorthand of history. Heraldic art without the lion would not amount to very much. No figure plays a more important role for its instantly recognizable status in secular and religious iconography. But what of this lion who frequently appears with spots? How did it come to be so relevant, and did it ever really exist?

The ancients embraced the pard. In the 1st century A.D., Pliny the Elder explained in one of his writings that a pard was the result of a male leopard mating with a lioness. This would account for the pard’s depiction as having a spotted coat and lion-like mane.

In truth, the pard was always a mythological beast, but its iconography embodied the best traits of both its fabled parents. Representations of the leopard were used to signal a valiant and hardy warrior who engaged in hazardous things by force and courage. Since antiquity, the lion has been a symbol of strength and pride. The pard possessed all these qualities together. 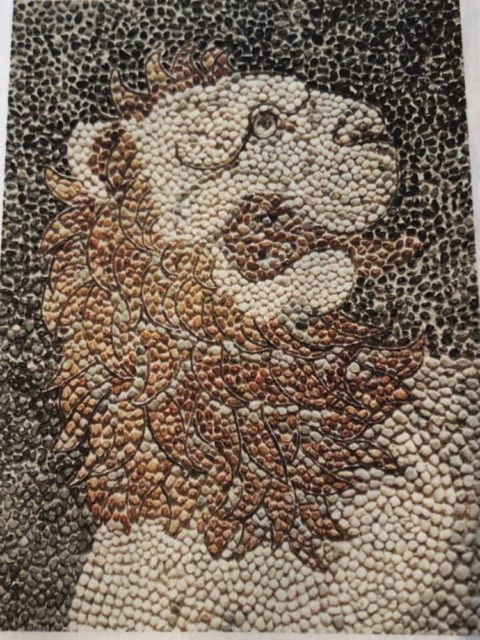 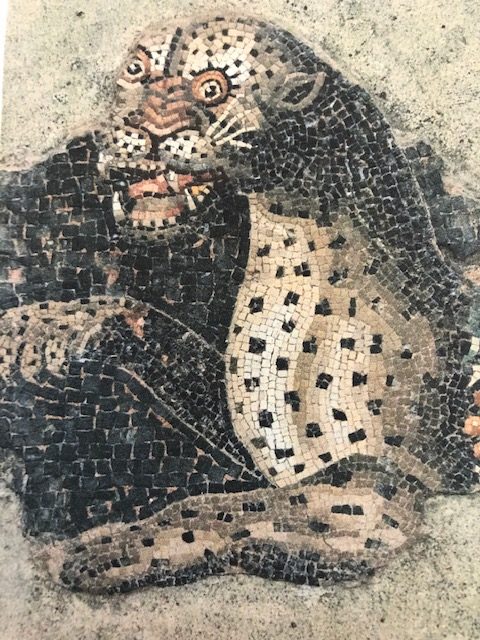 During medieval times, it was primarily the French who utilized the lion, the leopard and the pard in their blazons and heraldry. 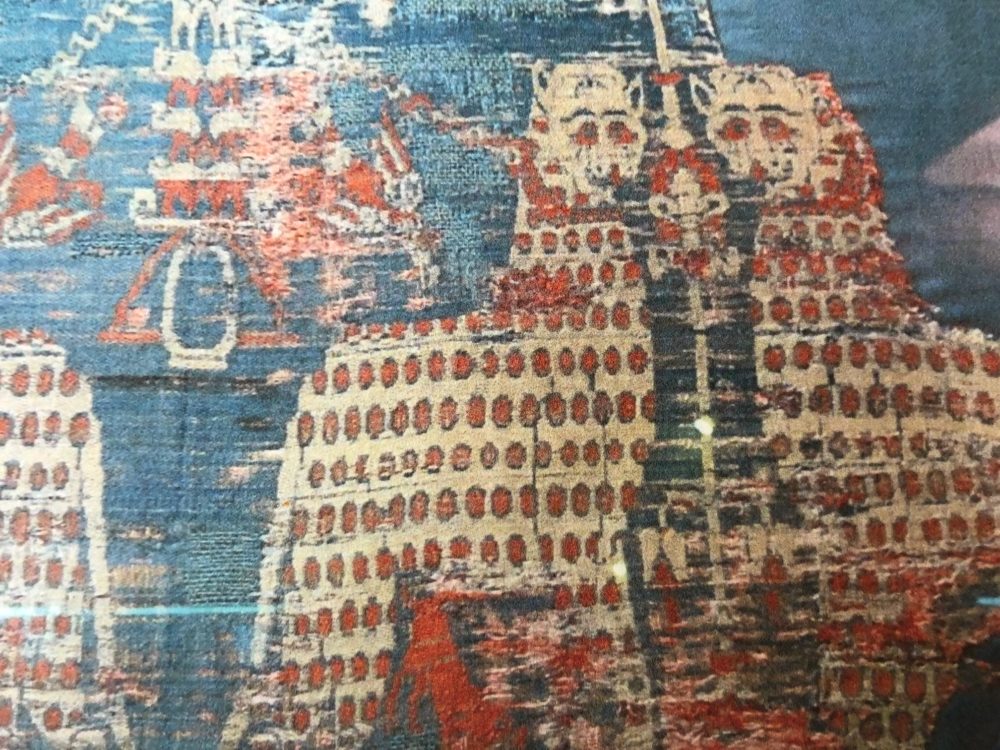 A silk from the 11th century that once belonged to St. Mexme of Chinon, a medieval abbot in the Loire Valley. Musée des Beaux Arts, Chinon, France.

The lupard d’or, French for golden leopard, is represented so beautifully in the 16th-century silk seen in the image below. This fabric can be traced directly to the sacristy of the cathedral in St. Bertrand de Comminges in southwest France, and was worn by the bishop Barthelemy Donadieu de Griet. The stylized tree represents the Tree of Life, whose fruit imparts the universal symbol of eternal life, and the two pards are protecting the tree from evil. 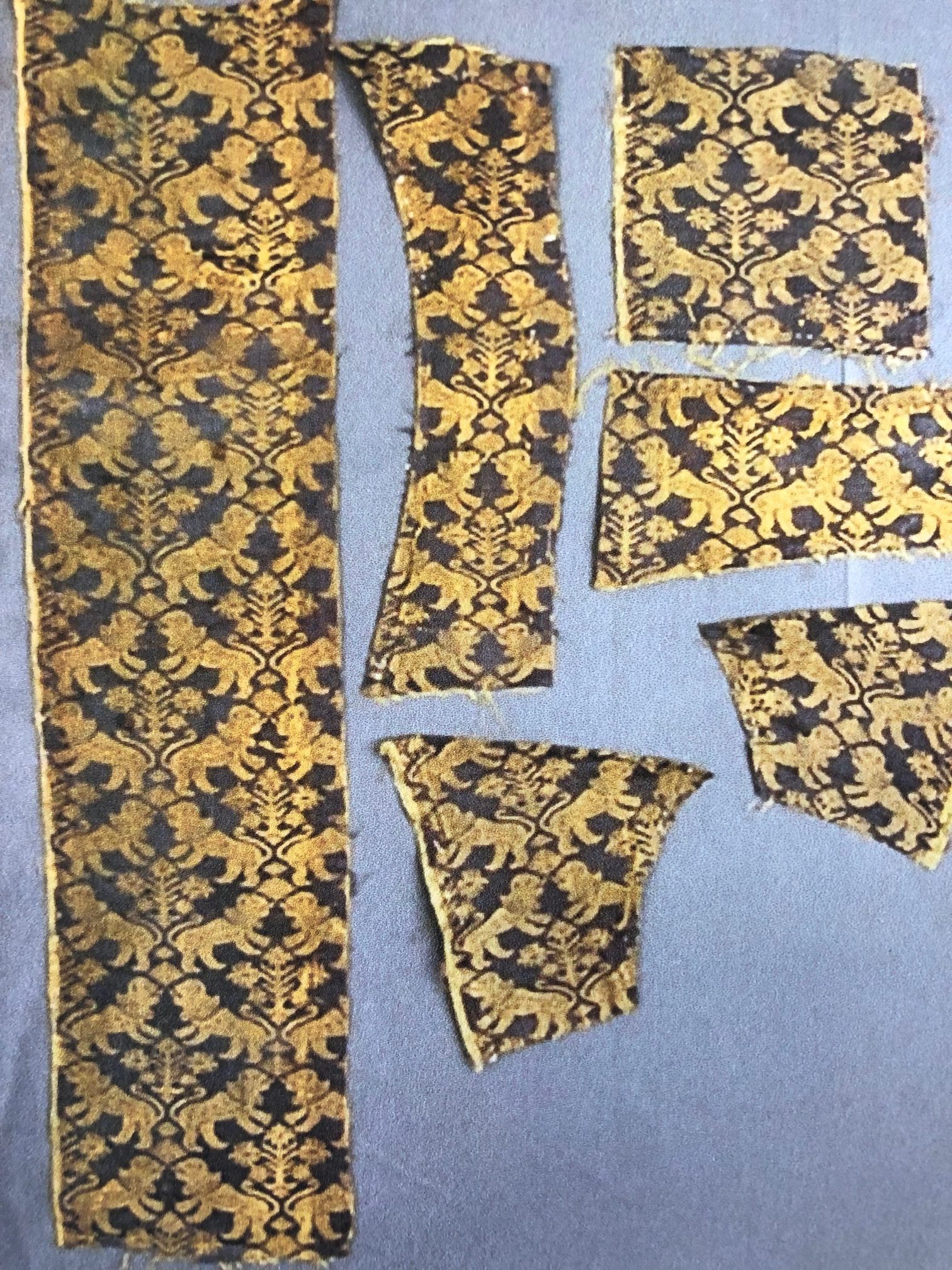 The 13th-century funeral effigy of Jean d’Alluye, a knight and nobleman from the Loire Valley, includes a lion resting at his feet—the medieval belief was that the father lion revives his cubs three days after they are stillborn. As such, the lion had potent associations with the Resurrection and hope for the afterlife. 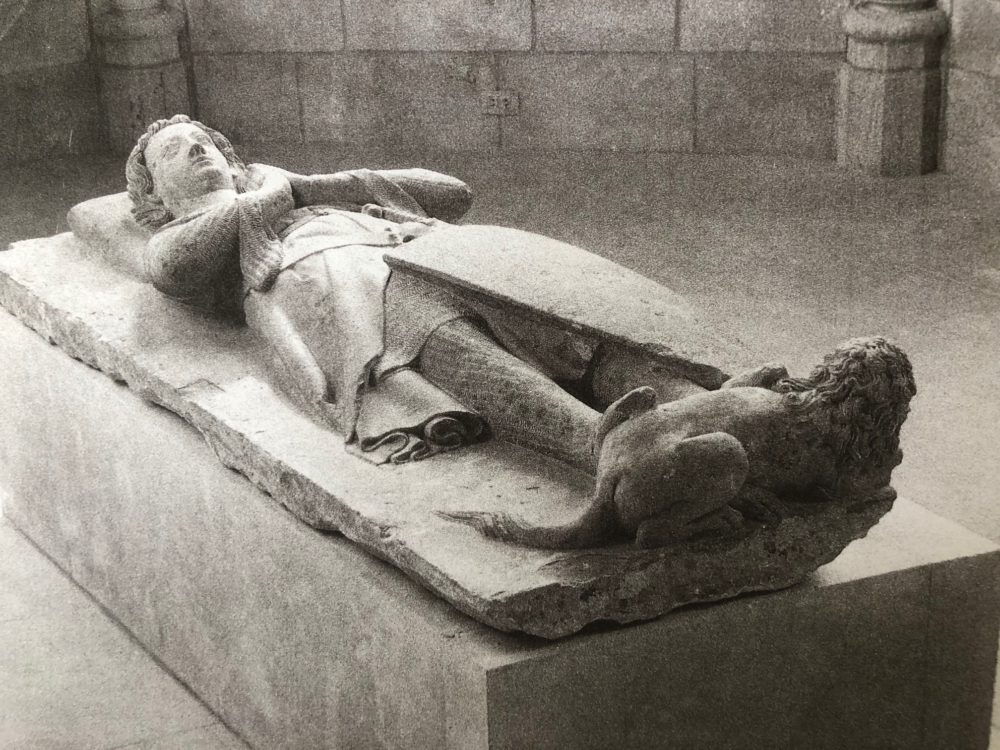 Funeral effigy of Jean d’Alluye with the protective lion at his feet. Limestone c. 1248-1267.Courtesy of The Cloisters/MET

Today, the symbolic strength of these three big cats persists. It even often pops up on the high-fashion runways, not to mention in the textile designs we use in our homes. Thousands of years later, we’re still invoking the power of these beasts.

Enchanted by these fantastic felines?

Try one of these Schumacher favorites featuring leopards, lions and tigers—oh my!