From modern to maximalist, there's a match for any style.

In this age of disposable everything, it feels exciting (and a little radical) to embrace the beauty of permanence. Figurative painting is having a renaissance, so we say now is the time to commission a modern portrait from our favorite masters of the craft. Infused with light and impasto brushstrokes stolen from the old masters, Zlamany’s portraits feel confessional and refuse to flatter. An art-world insider, she grew up in New York City’s 1980s art scene (she’s painted friends like David Hockney and Alex Katz), has won commissions from Yale University, and is in major collections, including the Cincinnati Art Museum. From $16,000, brendazlamany.com. 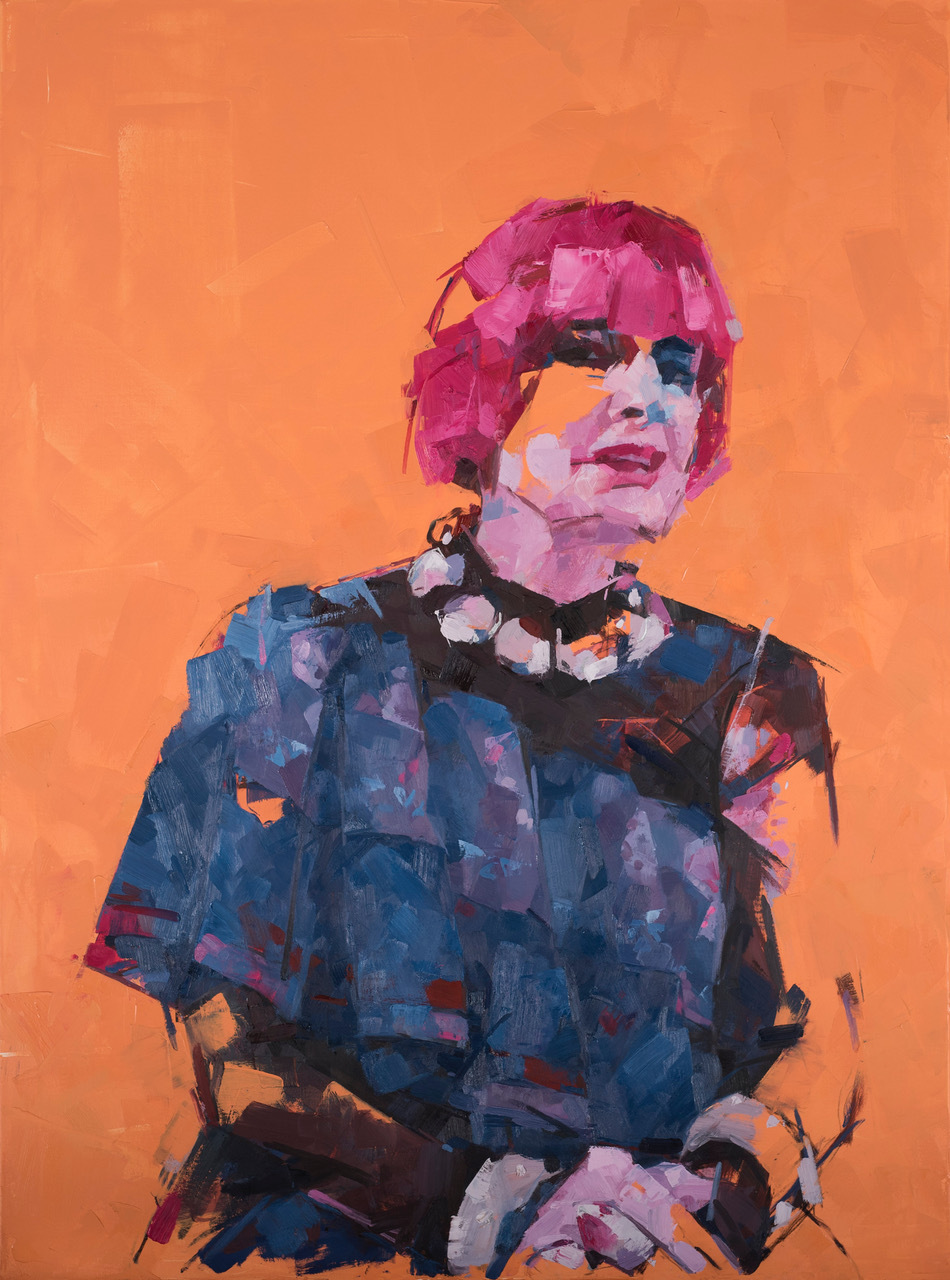 Trained as a civil engineer at University College London, Addo brings a wild precision to her work. The self-taught artist deservedly won fame on the British TV series Portrait Artist of the Year in 2018, and her work is now in the collections of the National Galleries of Scotland and the Walker Art Gallery in Liverpool, England. From $3,200, samiraaddo.com. Ghanaian-born Adoquei arrived in New York City in 1981, after working as a billboard painter in Nigeria, where he learned to pack emotion into every brushstroke. he went on to teach at the National Academy School of Fine Arts and the Art Students League of New York, and his evocative, softly impressionistic work is now part of the state department’s Art in Embassies program.  From $25,000, samadoquei.com. He accompanied the Prince of Wales (AKA Prince Charles) around the world as an official tour artist in 2006 and 2013, but Worley approaches even minor subjects with care and warmth. Working in a classical style, the U.K. native captures moods with fine detail. From $7,900, therp.co.uk. A visit to Hatfield House in 1950s sparked this British artist’s lifelong fascination with Elizabethan Portraiture, and Riches’s work feels as magical as that childhood visit. Breathtakingly rendered Jacobean costumes, fantastical colors and subjects with wry, Mona Lisa-like expressions populate her lush canvases, which are in the Sainsbury Centre, standard chartered and prudential collections. From $6,500, thereddotgallery.com. Luminous gazes confront the viewer in Condon’s portraits, which are informed by her childhood in India, art school in London, and 18 years in New York. Infused with layers of subtle color, her paintings exude a deep energy and have been exhibited in Mexico, Los Angeles and Europe. From $12,000, juliacondon.com. 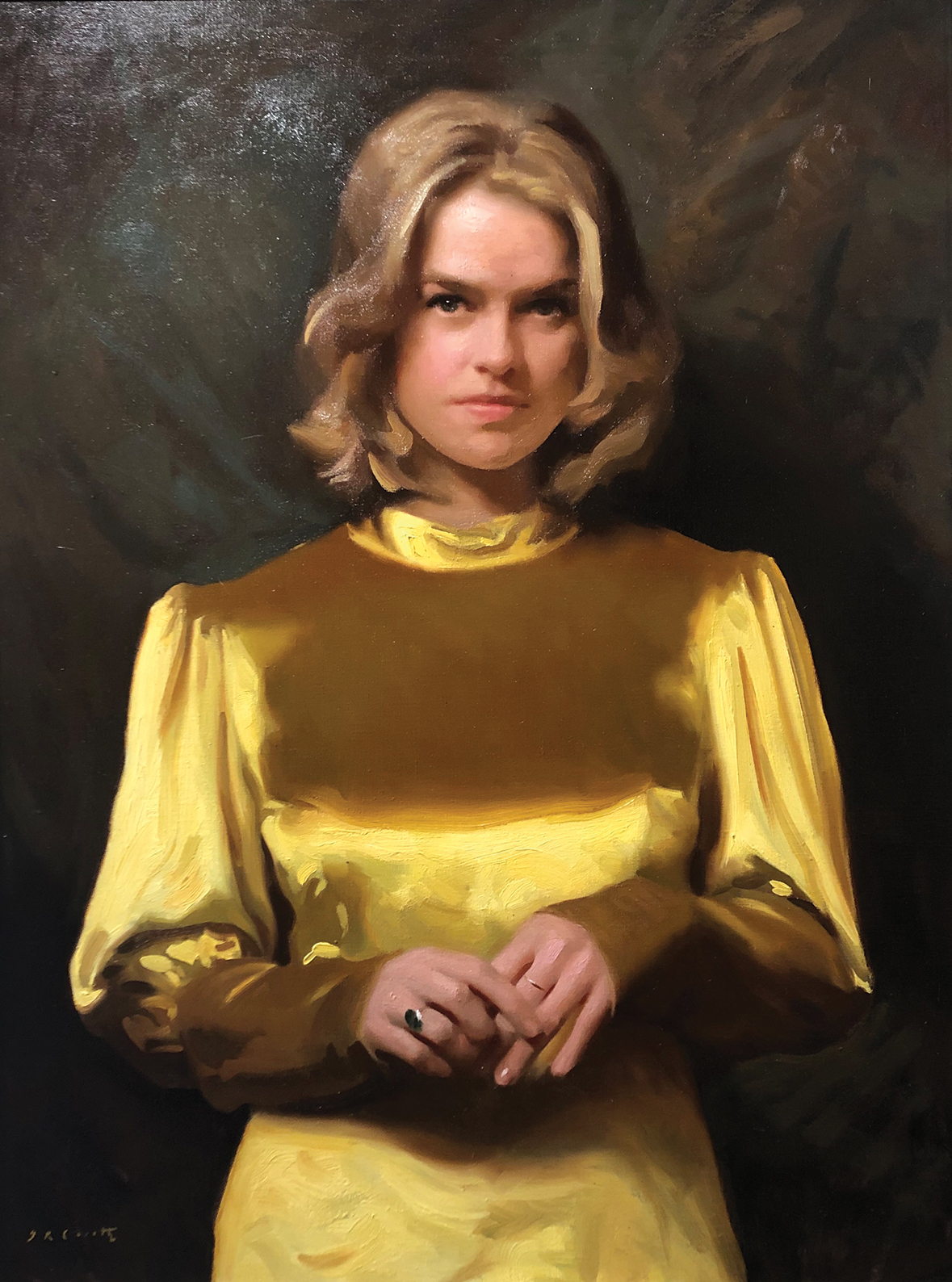 The scion of a sulptor, Coreth attended Oxford University before pursuing an intensive study of painting in London and Florence, Italy. Just two years out of art school, he won a 2016 BP Portrait Award from the National Portrait Gallery in London. Viewers can’t help but be drawn in by his grand yet incredibly intimate style. From $24,000, jamiecoreth.com. Soon after graduating from London’s prestigious Royal Academy Schools in 1999, Wiggins’s work was included in major shows, including the Royal Society of Portrait Painters Exhibition. His canvases, formally composed, show off a nuanced and expressive intelligence. From $2,600, therp.co.uk. Approached almost like landscapes, Schierenberg’s portraits are full of atmosphere, light and texture, with energetic brushwork that yields calm, psychologically penetrating pictures. This London-born star has painted Seamus Heaney and Queen Elizabeth for the National Portrait Gallery in London, and his work is in the collections of the Tate Modern and Oxford University. From $13,200, therp.co.uk.

American-born and now London-based, Pollard creates small canvases that smolder with a timeless light. A master at mixing hues and capturing beautiful moods, she was trained at the Pennsylvania Academy of the Fine Arts and the Florence Academy of Art, and her work consistently wins awards, including the Ondaatje Prize for Portraiture. From $2,600, therp.co.uk.