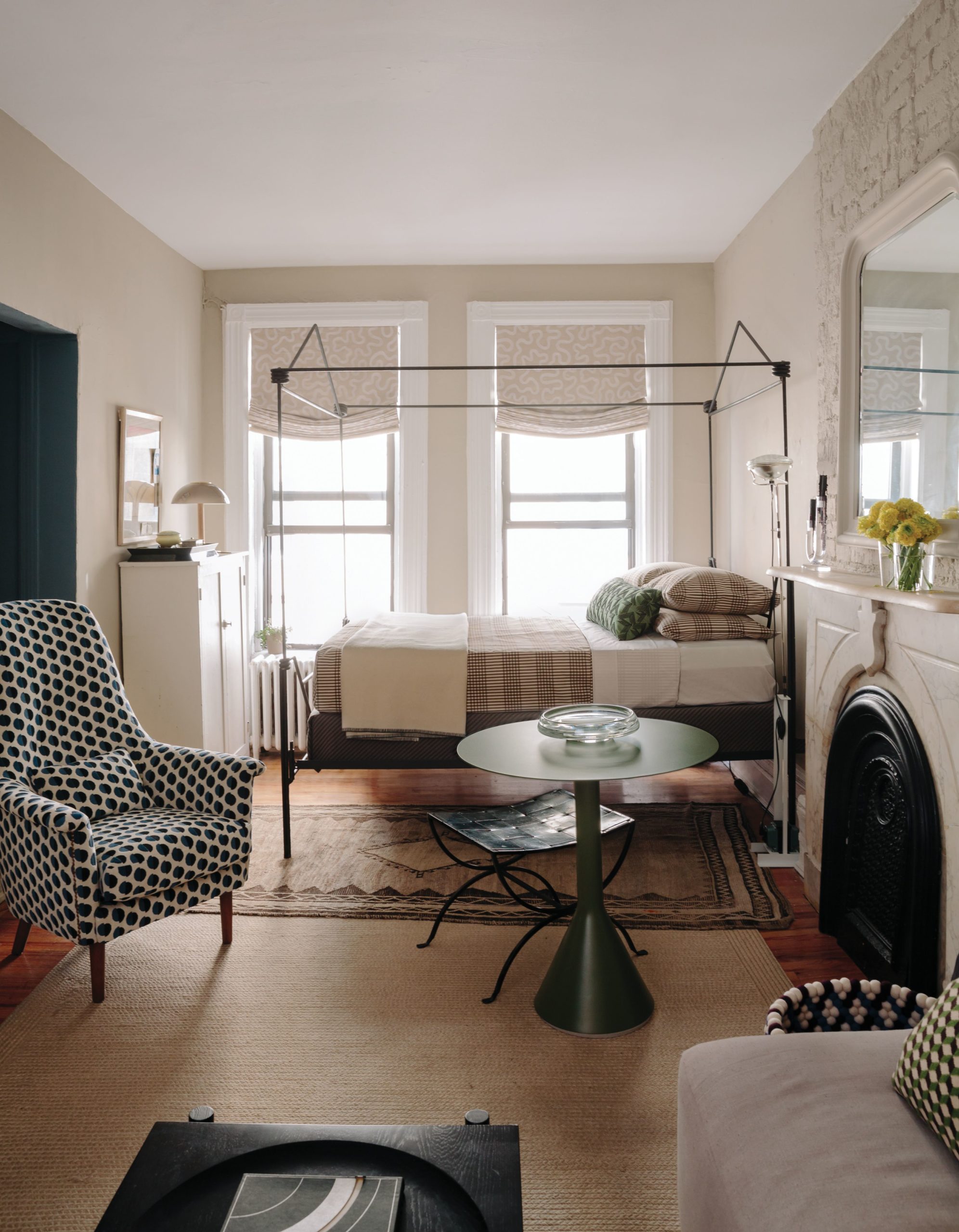 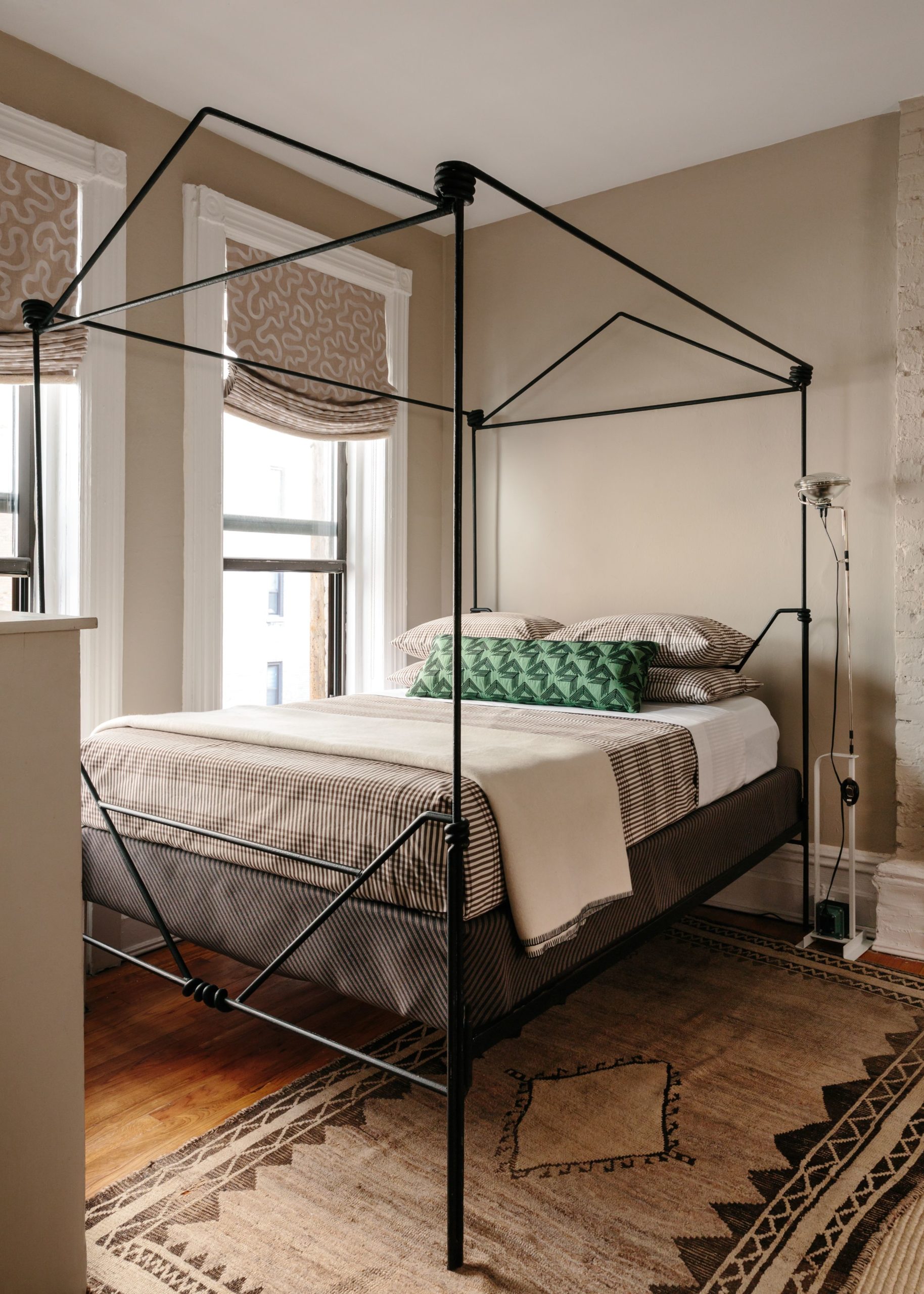 Chair in Half Moon Velvet by Schumacher, fschumacher.com.
Brian W. Ferry
Back to Article

In typical New York City real estate fashion, the story of how Hudson Moore landed his Upper West Side apartment hinges on a very lucky break.  “It’s kind of a funny story—my previous roommate texted me while I was on a photoshoot to tell me that he was ending our lease early because he was moving to San Francisco, so I had two weeks to find a new place!” he recalls. “I scheduled about five back-to-back viewings. This place had been taken, but it went back on the market right as I was at the last viewing, so the broker took me there and I knew it was the one.” The 300-square-foot apartment itself, he admits, wasn’t exactly jaw-dropping at first glance. “The building was definitely the ugliest one the block,” he laughs, “but that was part of the charm of it. And even though there’s not a lot of architectural detail inside, it worked for me, because I just wanted a simple box to really make my own.”

Fortunately, Moore had plenty of creative vision: Currently the design editor at Frederic magazine, he knows a thing or two about styling a space, and as the former brand manager of Schumacher, has a well-trained eye for employing textiles to maximum effect. He had been eyeing the brand’s new Smith Street collection, and realized it would be the right fit for his new home. “It has a very modern bent, which I’m drawn to, but also a lot of nuance—the fabrics can work with different styles,” he explains.

The resulting transformation was nothing short of jaw-dropping. We sat down with Moore to get his expert tips for turning a pint-sized studio into a sophisticated pad worthy of an industry pro.

Take time to settle in before going on a buying spree.

“I already had a few pieces of furniture—the bed, chair, bookshelf—so first, I got all of my stuff in there to try to figure out what the proper layout was. It was important for me to actually live in the apartment before buying new pieces so I could feel out what would be the most functional use of the space. I actually had the bed and living areas on the opposite ends of the room at first, but then I realized the flow would work better the other way around.”

“I wanted a table that I could use for work and for meals, but had a hard time finding one that was small enough. I ended up spotting this Hay one in the outdoor section and it worked perfectly. The wall sculpture was a 3 A.M. find on Facebook Marketplace, and I decided to buy it for myself as a birthday present. It turned out it belonged to a prominent New York designer—I had to shove it in the back of an Uber to get it home from his place in Brooklyn! And I actually found the bookshelves in my aunt and uncle’s barn in Oklahoma—I love that the shelves are adjustable.”

“Finding a sofa that was really sleek and armless was important for me. This one is tiny—probably 54 inches wide—but when I have friends over, we can squeeze four people on it. You gain a lot of width when you don’t have arms, and it takes up less visual space.”

Use larger pieces to carve out rooms within rooms.

“The bed is a family heirloom—my uncle made it when he was in art school with his dad, who was a welder. It’s a really special piece. Even though it’s big, it works nicely in a small studio because it creates its own sort of sheltered space within the room, which helps the bed feel more separate.”

“The first textile I chose for the apartment was Riley Embroidery, which I used for Roman shades. It’s one of those patterns that doesn’t really even look like a pattern when you pull back on it. I liked having something that was going to be permanent feel more neutral in the space. I added brush fringe along the bottom edge for some dimension.”

…but don’t be afraid of a statement print.

“The chair, which I had reupholstered in Schumacher’s Half Moon Velvet, is a really fun, unexpected moment in the room. Everything else in the space is so neutral, so I wanted something that would throw it off a little bit.” 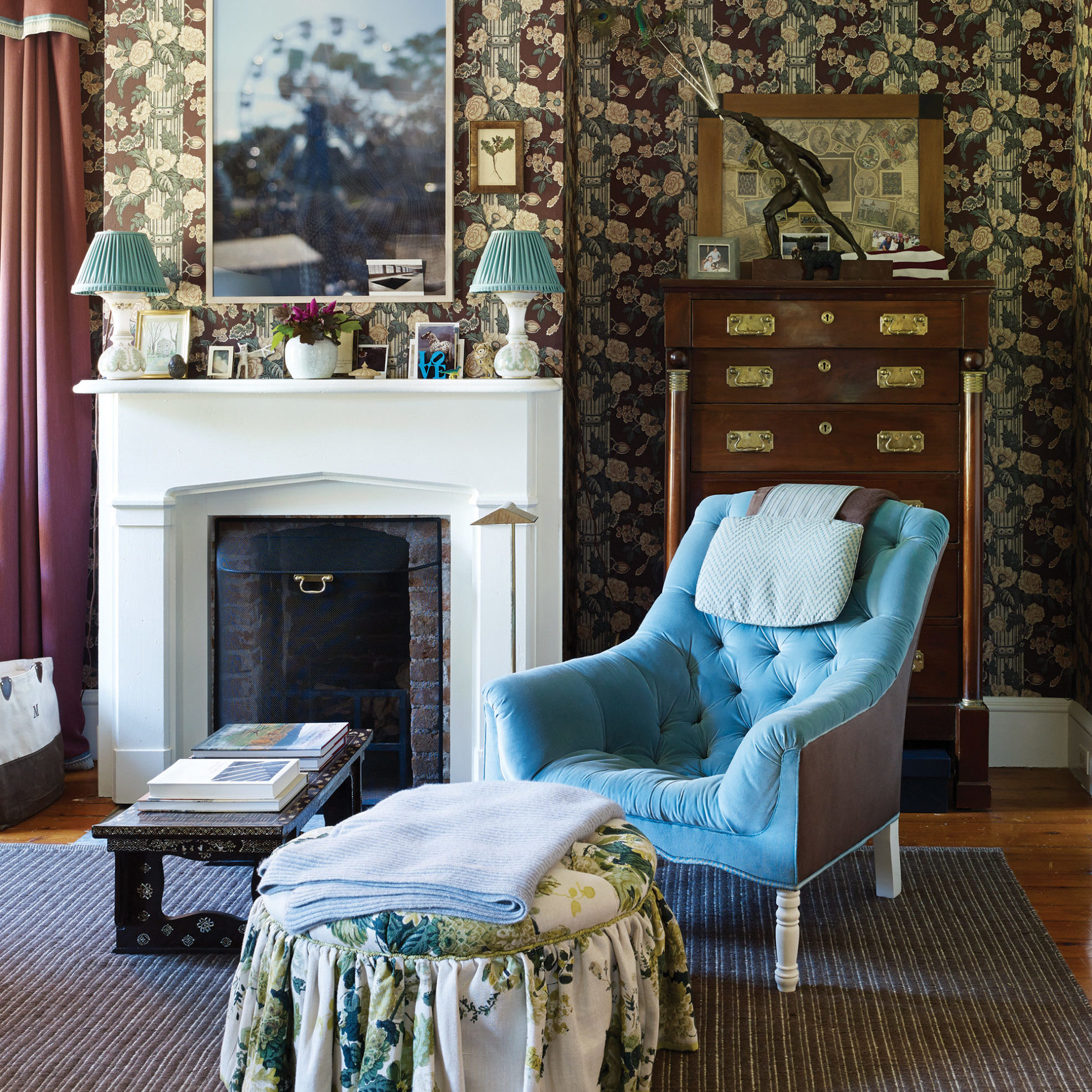 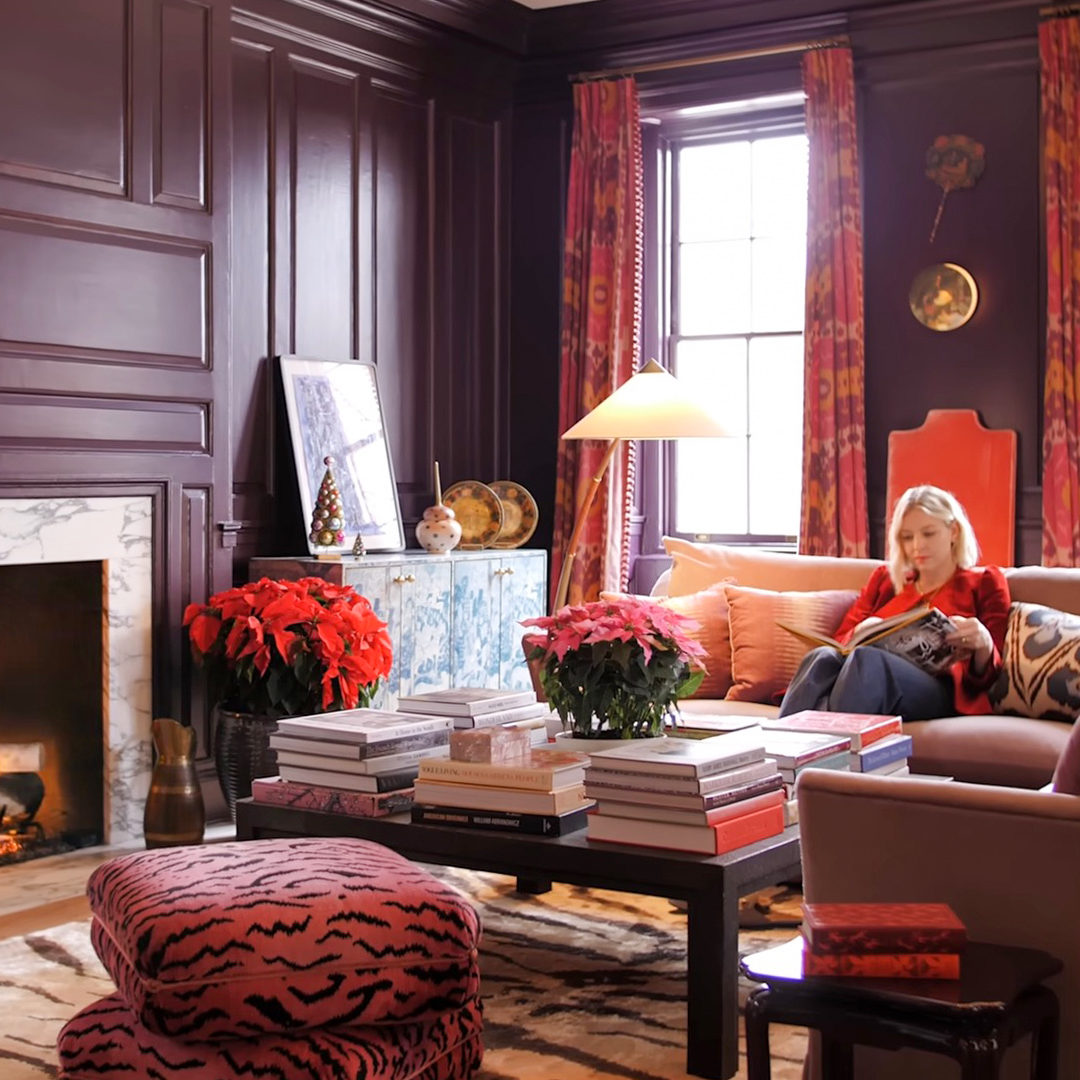