It's all about high-shine glamour. Brian McCarthy makes interior design sound easy. Take, for example, how he describes the two seemingly simple objectives behind a project on Philadelphia’s Rittenhouse Square: “It’s about the clients’ lifestyle, and it’s really just about making something beautiful.” But as anyone who has seen his work can attest, to achieve the level of “beautiful” that McCarthy has in mind isn’t a straightforward matter. A former partner at the legendary firm Parish-Hadley, the New York–based McCarthy is a student of design history who has a classicist’s appreciation for the interplay of light, form and color, and a deep sensitivity to the nature of materials. His work is rich, dramatic and sensual, showcasing his appreciation of art and artisan work and finishes, from bespoke furniture and marble floors to Venetian plaster walls. A custom Oushak featuring an unusual mix of yellows, blue-greens, ivory and a peachy salmon became the starting point for the living room’s palette, which, with the exception of a dramatic Stephen Antonson end table, was kept dialed down “so that we could dial it up in the dining room and the family room,” says Brian McCarthy. The painting is by Jan-Ole Schiemann.Max Kim-Bee

Before he applied his trademark glamour to the 17th- floor apartment, McCarthy worked alongside architect (and frequent collaborator) Douglas Wright to give it a complete gut renovation. Built in the 1920s, the space boasted amazing light and wide-open city views but had an awkward layout. Architect Douglas Wright designed the circular antechamber as a “landing spot” for guests. “The arched walls make for a more welcoming, gracious space,” he says. McCarthy upped the quiet drama with lacquered closet doors and a marble floor based on Sir Edwin Lutyens’ design for the British Embassy in Washington, D.C.Max Kim-Bee

McCarthy and Wright created an entirely new floorplan that improved circulation and more clearly separated the public and private spaces. Next, McCarthy began mapping out a strategy for the progression of color and tone. “One of the first things that I think about—it depends on how much a client likes color, and the wife here really likes color—is light versus dark or light, medium and dark,” he explains. “In my mind, I imagine the flow of the rooms and how I’m going to relate shapes of color as you move through space.”

In many of the rooms, McCarthy relied on veteran decorative painter Mark Giglio to create the distinct visual experiences he sought. “Anything I can dream up, Mark can do,” says McCarthy. “And he’s constantly coming to me with new ideas and samples of things to get our brains abuzz.” In the living room, Giglio used a stencil and Venetian plaster technique to create a wavy pattern of alternating polished and matte white stripes, which helps the low ceiling appear higher. “You get this change of planes in the surface,” says McCarthy. In the dining room, Giglio’s polished red Venetian plaster walls are the main event. “You don’t have to fill it with art, because the strength of the color supports the architecture and creates volume on its own,” McCarthy adds. The wife’s love of color is on full display in the family room, where an Alice Neel print hangs on the peacock-green walls.Max Kim-Bee

From the velvety quiet of the antechamber to the dynamic elegance of the family room, every space in the apartment offers a distinct sensory experience in terms of colors, materials and surfaces, right down to the floor coverings. In fact, rugs and carpets were the starting points for the rooms. The palette and pattern of each “led to the walls, which then led to the relationships of color in these various rooms,” McCarthy explains.

While the clients’ taste leaned traditional, they also wanted some modernity. To satisfy these twin urges, McCarthy brought together a mix of new and antique furniture in different styles, all of it uniformly trim and clean, from the Jean-Michel Frank–inspired parchment coffee table in the living room to the Directoire bergères in the family room. To these, he added two more of his signature flourishes: striking contemporary art and a wealth of dramatic handcrafted objects, such as the thalassic pale green vase by Trish DeMasi atop the card table in the living room and the Surrealist goat-legged stool by Marc Bankowsky in the powder room. “It’s like throwing a cocktail party. You’re not going to invite just lawyers or just decorators because you always want to create an interesting conversation,” says McCarthy. “It’s the same with the partnering of furniture and objects.” In the husband’s library, black cerused oak paneling, featuring a square marquetry pattern and bronze borders, floats above an alabaster-colored rug, creating a solid, enveloping space that’s ideal for a retreat. The desk is in the style of Eugene Printz.Max Kim-Bee

McCarthy is quick to point out that this uniquely harmonious and beautiful home is a product not only of taste, but of teamwork. “We create a family of people that we work with, including the contractor. Because if it’s not a cohesive, loving group, it shows in the end,” he says, noting that he’s worked with Giglio for some 25 years and with Wright for approximately 20. The contractor, Dixon Shay, was a newcomer in the McCarthy orbit, but was deemed “delightful” by the designer. “If I have to work this hard and this closely with people, I’ve got to like them,” McCarthy says. The clients love blue, so McCarthy ran with the color in their bedroom, creating a glamorous, softly tailored, all blue-and-white space. He upholstered the walls with a fabric that was custom-loomed to ensure the pattern perfectly suited the proportions of the inset panel behind the bed. Then he topped it all off with a light fixture by Margje Teeuwen and Erwin Zwiers that he first saw at the Rijksmuseum in Amsterdam: “It’s just layers of paper. It’s the most floppy, fun kind of nothing, but it’s fabulous.”Max Kim-Bee

That same spirit of cooperation supported the entire project. As McCarthy and his team were getting to know the clients, the clients—who hadn’t previously designed a home together—were also getting to know each other, a process McCarthy found fascinating. “It speaks to the strength of their relationship that they were able to speak very candidly to each other and to us.” From start to finish, “it was just a very happy experience for everybody,” he says. “This was a real success story.” McCarthy’s attention to detail and love of special materials inform every corner of the home. In the main bedroom, the bed is flanked by panels of “watery mirror,” a type of very thin mirror that was popular in the 18th century that provides a dreamlike, abstract reflection.Max Kim-Bee 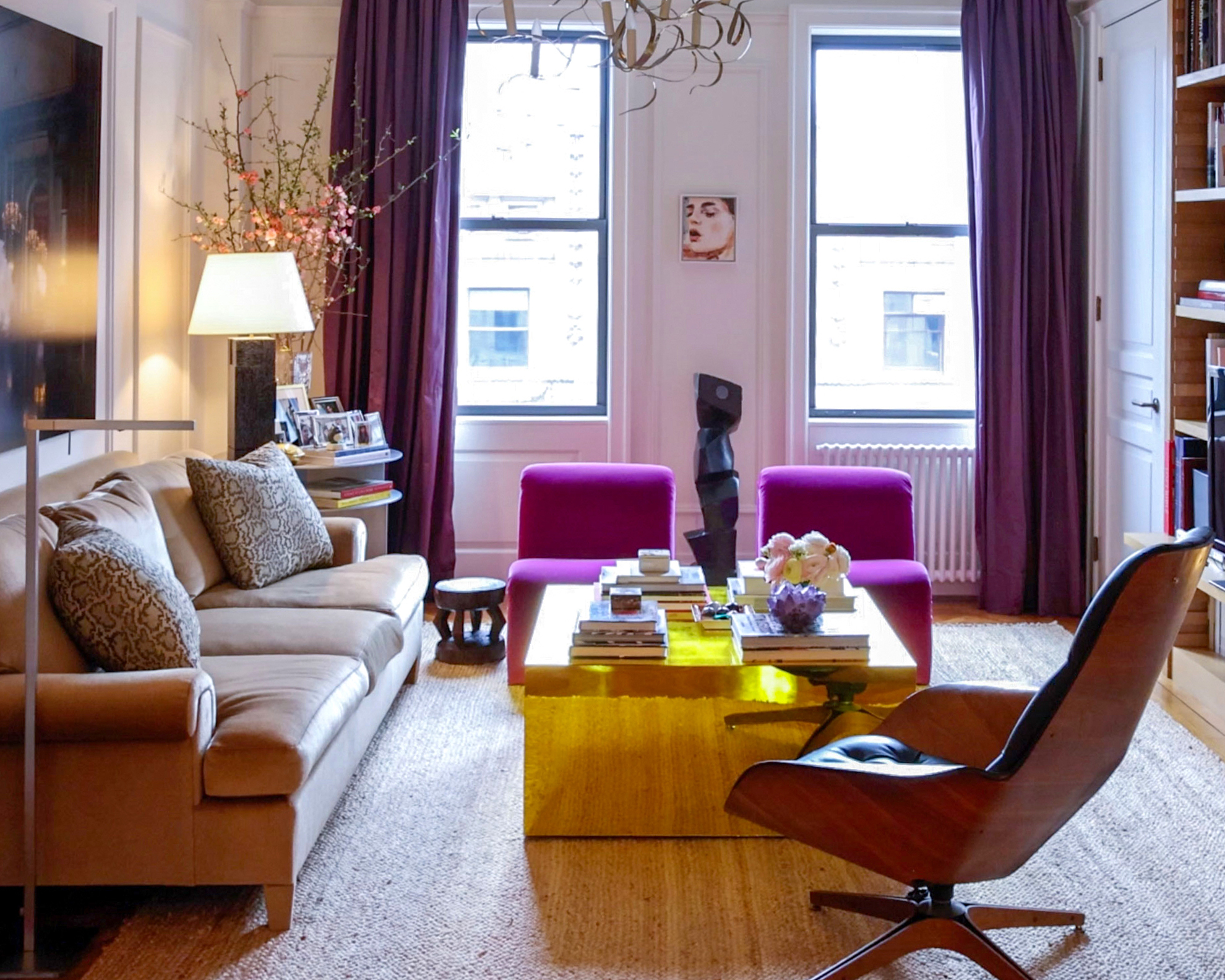 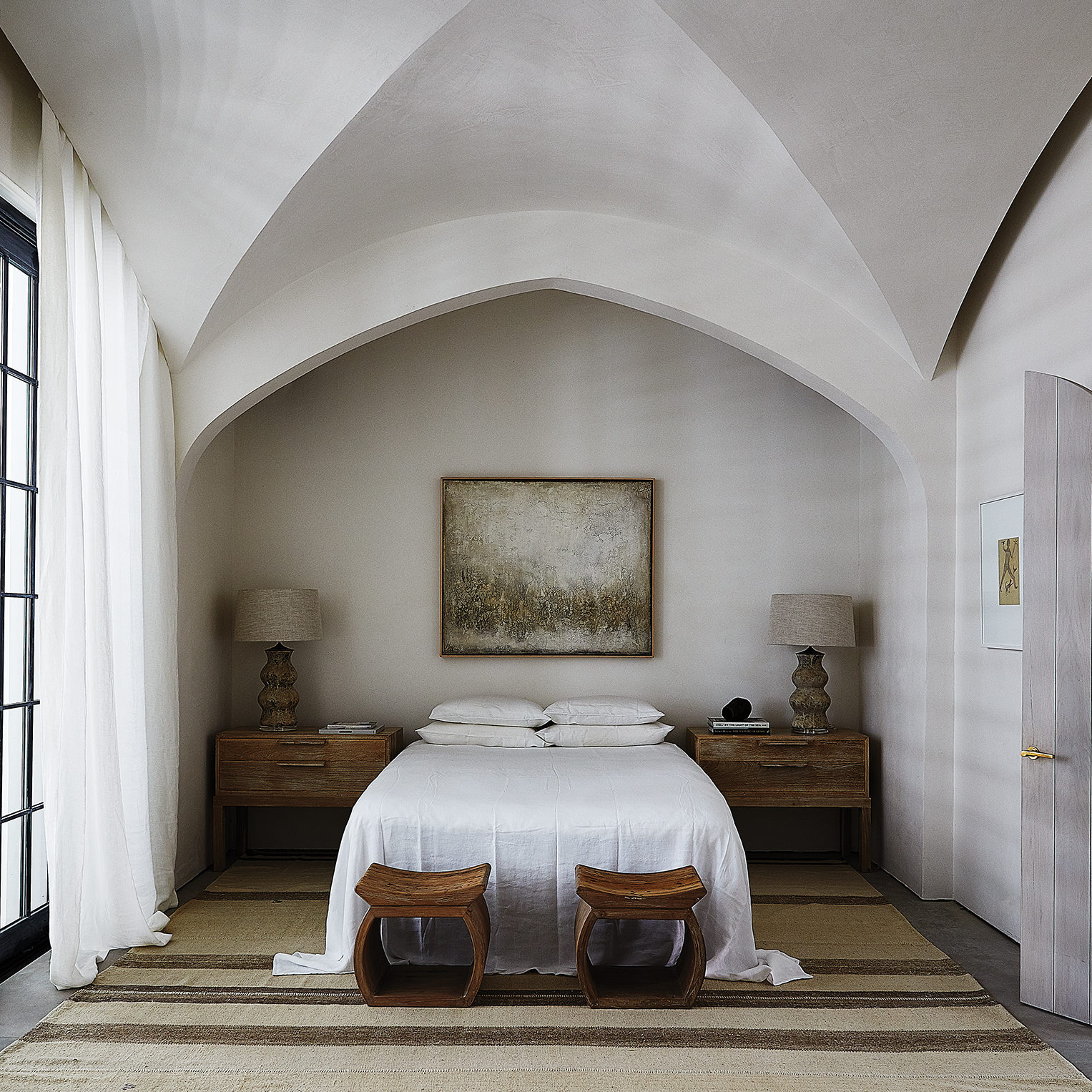