An Inside Look at the Surrealistic Sets of Spencer

Princess Diana is having yet another moment.

In our ongoing series Screening Room, we go behind the scenes with the uber-talented production designers and set decorators of today’s most visually alluring TV shows and movies for a deep dive on how they whipped up such indelible backdrops. This week we chat with Oscar-nominated production designer Guy Hendrix Dyas, the creative mastermind behind the surrealist interpretation of the British royal estate of Sandringham featured in Spencer, the psychodramatic film starring Kristin Stewart as the late Princess Diana. Undeniably one of the world’s most iconic figures, the fascination of Lady Diana lives on. Case in point: this past year found the former Diana Spencer the subject of a CNN documentary, an upcoming Broadway musical and memorialized with an Ian-Rand Broadley statue at her former home in Kensington Palace.

The film Spencer is the latest to tackle the life and times of the People’s Princess. Unlike The Crown and The Queen, this is not your typical historical biopic as Chilean director Pablo Larrain’s fictional psychodrama is a reimagining of her life with a definite twist. Set at the Royals’ holiday estate at Sandringham, the film takes place during Christmas weekend in 1991 as the marriage of Diana and Prince Charles is on life support. Set decorator Yesim Zolan sourced antiques in England and the various estates in Germany for the estate. Shown here is the Princess in the bedroom of young Prince Harry and Prince William.Courtesy of NEON

Larrain’s credo, “this is a fable from a true tragedy,” drives everything from the script to the costumes and set design. A departure from fantastical sci-fi sets (Passengers and Inception), Oscar-nominated production designer Guy Hendrix Dyas created the English backdrop via German castles and hotels. “It was very clear from the beginning through my conversations with our wonderful director Pablo that this is a sort of fairy tale, and we need to design it as such,” he details. ”We coined the expression ‘elegant prison’ early on, and this was something we lived and breathed during our location scouts up and down Germany.” Feeling the weight and the responsibility of displaying British aristocracy and royalty in all its glory (particularly as a fellow Brit), he and his crew spent months searching the German countryside for the perfect Sandringham, the six-story, 20,000-acre Jacobethan-style country house on England’s Norfolk Coast. “We kept turning up things akin to Dracula’s castle. In a nutshell, the Brits tended to sculpt lions and unicorns, and the Germans favor dragons and eagles. It was sort of a fundamental cultural gap we had to fill.” Production Designer Guy Hendrix Dyas chose a non-traditional maroon felt for the snooker table. Color became a barometer of the character’s moods and red denoted torment for a scene with Diana and Prince Charles.Courtesy of NEON

“The real Sandringham is almost a character unto itself,” says the designer, “and is very warm, quirky, down to earth, and not widely photographed. Its classic Georgian foundation with this retrofitted Jacobean architecture is something you don’t find in Germany. Pablo wanted something large, austere, and empty to convey the feeling of feeling lonely and being isolated.” Referencing classic film locations such as The Shining’s Overlook Hotel and the set of Citizen Kane’s Xanadu (the latter being a “textbook way to present wealth with a sense of loneliness”), Dyas felt the “masterful designs were unsettling to look at, but they stay with you.” As a result, Nordkirchen Castle, located in the North Rhine region, stands in as Sandringham. Selected for its symmetry and rectangular moat, Dyas notes, “Pablo is very driven by visual, emotions and immediate feelings he gets. The idea of having Diana stuck with these relatives for three days that she doesn’t want to be with and surrounded by a moat is the perfect setting.” The interior sets were also constructed on a soundstage and the 125-year-old, family-run Hotel Kromberg (chosen for its great bones and architecture), while rooms at a Berlin soccer stadium served as the royal kitchen. Lighting was both a design and plot device that often created an ominous and surrealistic mood. Director Pablo Larrain and Dyas referenced the use of soft lighting in the film Barry Lyndon.Courtesy of NEON

Metaphors abound, particularly the concept of Diana trapped in a gilded cage. Surrounded by beauty and the trappings of wealth (from tapestries, aubussons and silk draperies to corona headboard treatments, old-world paintings and period antiques,) Dyas even incorporated a 1930s caged-style shower in her bathroom. Set decorator Yeşim Zolan sourced furnishings and accessories from prop houses in England and scoured the German countryside, cherry-picking furnishings and cutting deals with the locals. And while every effort is made to ensure an air of authenticity, the designer added unexpected design twists. “I did not want to recreate what we have seen hundreds of times in those wonderful British dramas, and tried to give it a twist by supplementing all this English dressing with some standout German pieces,” he details. Color is also an important tool used to reflect mood swings. “There is a scene where Diana approaches Charles to talk about the boys going pheasant hunting, and there is this rather attention-grabbing snooker table in the center. Traditionally you never have a red snooker table (British billiards) as it’s always a green felt, so I used a very deep maroon. Pablo wanted something to pick up the spirit of the scene’s anger and torment.” Dyas’ rendering of the Princess in a corridor of mirrors.Courtesy of Guy Hendrix Dyas

Successful production design is more than just set décor as the team found themselves immersed in, for lack of a better term, “scenic food design.” A surreal Christmas dinner dream sequence involves a strand of pearls and pale green soup (that had to match Diana’s clothing and the silk wallpaper) and the fourteen attempts to obtain the right color and viscosity. “The pearls were beautifully crafted circular balls of chocolate with glaze over them to look like the perfect set of pearls. There is a real art to shellacs and frostings…it was like an ongoing science department!”

The sets along with Oscar-winning costume designer Jacqueline Durran’s eye-candy looks create a magnificent backdrop for the film’s deep dive into the character’s lives and the subsequent dissolution of a royal marriage. “We really walked a fine line between reality and fantasy, and for me, it was really just about the feeling.” 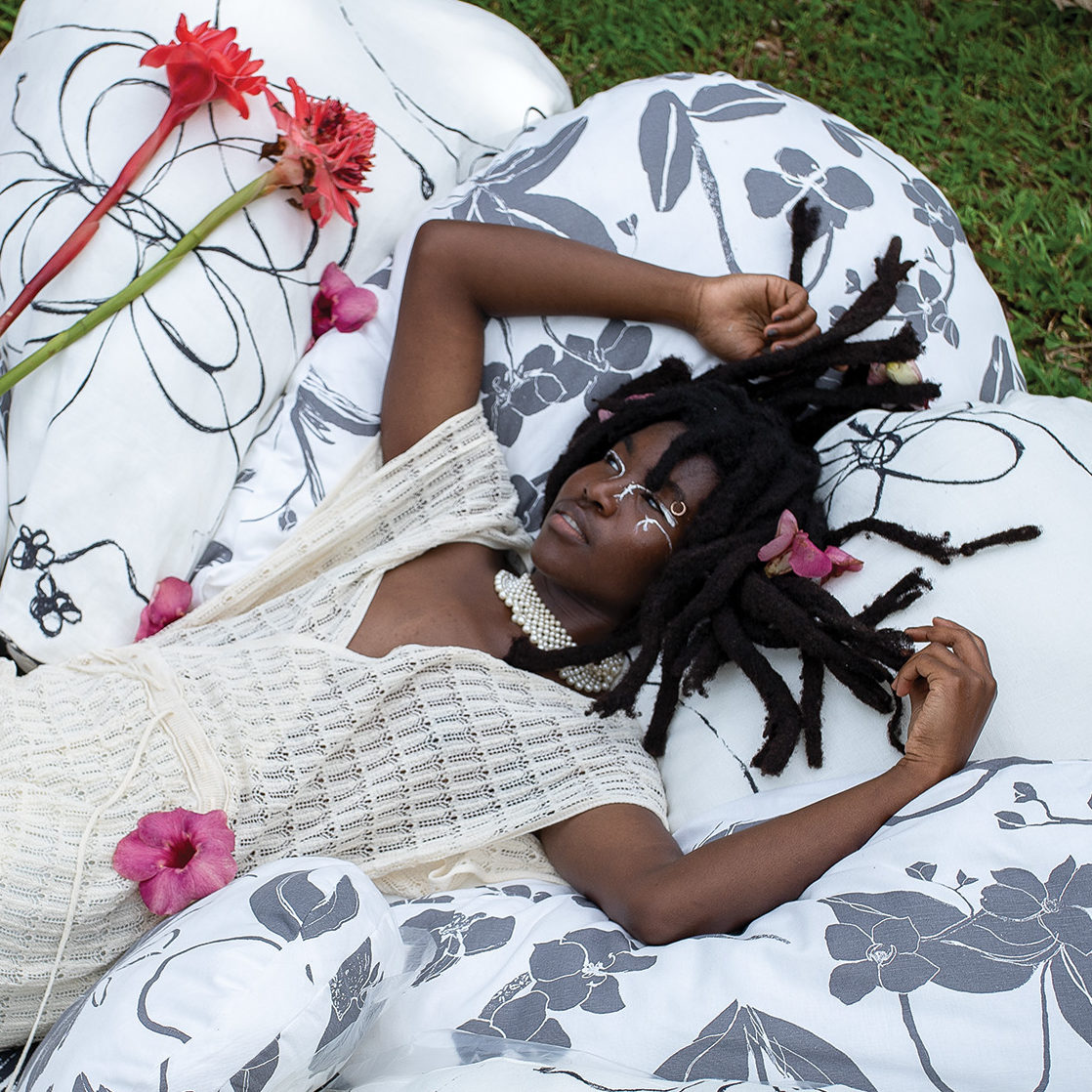