These Four Brilliant Bakers Are Transforming Cakes Into Edible Masterpieces

The sweet spot between sugar and sculpture. 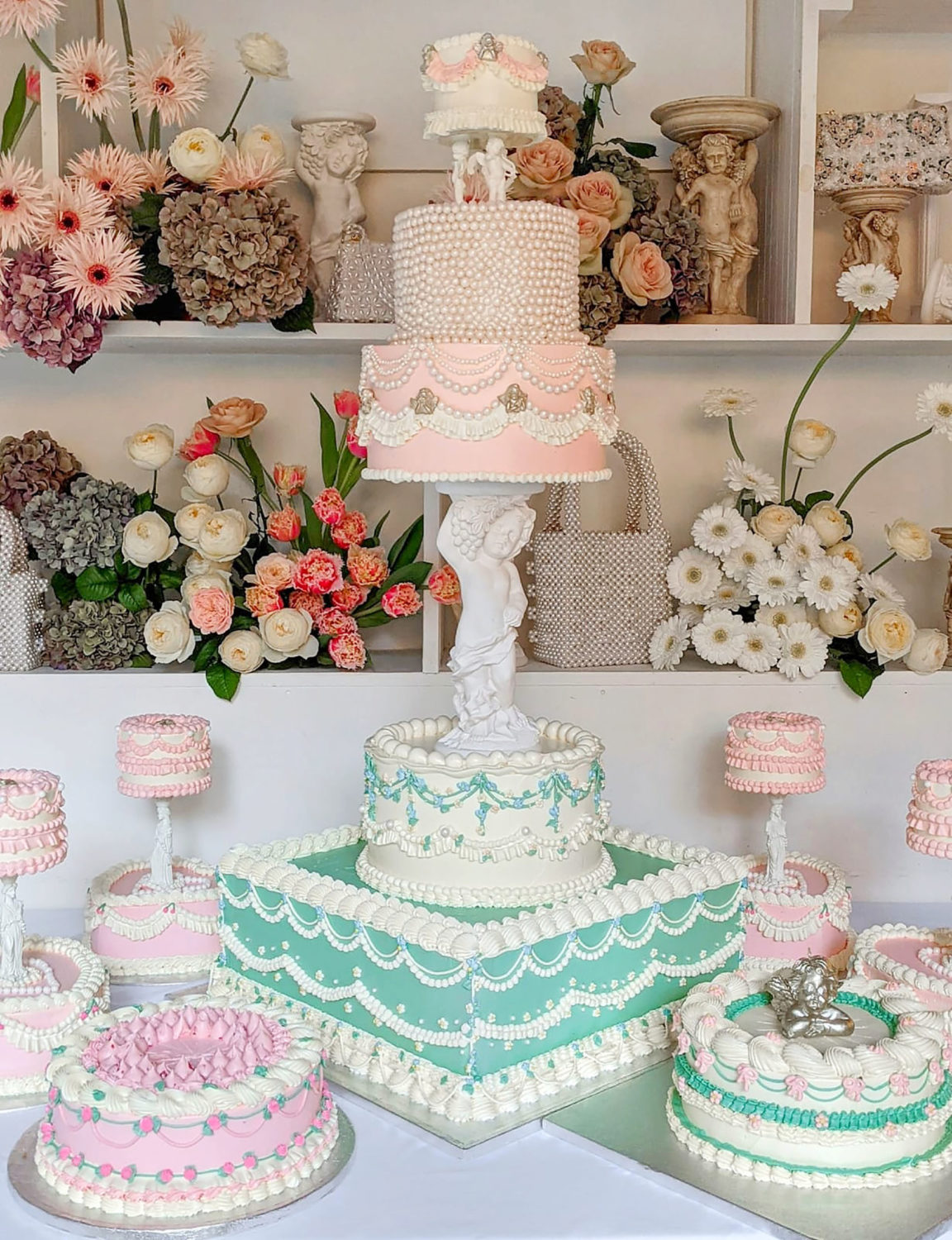 Some artists work in oil paint, others in clay or textiles. But in the hands of a creative baker, ingredients like flour, sugar, and butter can also produce astonishing works of art. These four women—Elizabeth Mayhew, Emily Lael Aumiller, Monica O’Connell, and Lily Jones—draw on a wide range of influences, including architecture, abstract art, botanicals, and even Schumacher fabric, to make their sophisticated, celebratory cakes. The one thing they have in common? Each of their sweet creations looks like it belongs behind gallery glass. 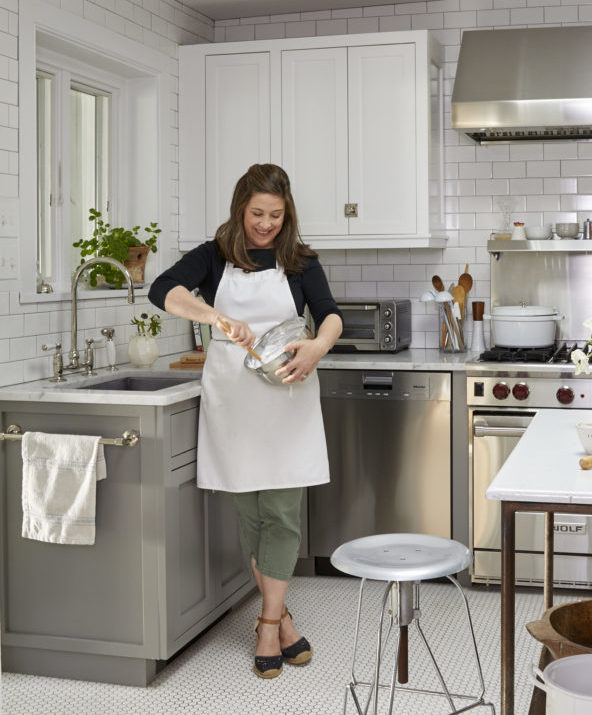 Elizabeth Mayhew whipping up a cake in her Millbrook, New York, kitchen.Francesco Lagnese

When Elizabeth Mayhew was hired to create a cake for legendary New York City antiques dealer Gerald Bland, she pulled out her paint chips before mixing her frosting. “There’s a very specific, majestic green that he’s known for,” she says. “I wanted to be sure I got that Gerald Bland green exactly right.”

Mayhew’s background in design—she’s a contributing editor to NBC’s Today Show, a columnist for The Washington Post, and a decorator—always comes through in her cakes. “The decorative arts are my visual vocabulary,” she says. Mayhew has recreated Schumacher fabric and Wedgwood patterns in her cakes, and baked for designers like Miles Redd and Bunny Williams. One interior designer has hired her to translate an entire room’s scheme into a cake (more than once).

Mayhew has been baking since her childhood in Louisville, Kentucky, honing her skills at a local restaurant throughout high school and launching her own catering company in college, where she was an art history major. Once she moved to New York City and shifted to a career in editing, baking became a hobby, something she did only for friends and family. Then, in 2020, word started spreading about her baking. “A few months into quarantine, people started calling to order cakes, wanting to make their at-home celebrations more special,” she says.

That spring, she formally launched her business, The Dutchy, baking custom cakes, along with tarts and cookies, at her home in Hudson Valley, New York.  She leans toward subtle, not-too-sweet flavors, and works with a classic French buttercream rather than fondant—making her intricate designs that much more challenging. “It’s harder to create a perfect line in buttercream,” she says.

With a steady flow of orders, Mayhew plans to expand to a commercial kitchen and hire an assistant soon. (Though her cakes are only available locally, she does ship cookies, accepting orders though @elizabethmayhew on Instagram.) But for now, she’s happy to put in 12-hour days in her small home kitchen. “When I’m making cakes, I’m in the zone. It’s almost meditative,” she says. “It feels like what I’ve always been meant to do.” Baking didn’t play a major role in much of Monica O’Connell’s life. She was, rather, an academic: After earning a Ph.D. in ethnomusicology, she worked for eight years as the executive director of the Center for Black Music Research in Chicago. But after a move to Wisconsin with her husband, she decided to take her career in a very different direction—and opened a bakery. “It was one of the bravest and most foolhardy things I’ve ever done,” she says with a laugh. “I’ve been told I have a high tolerance for risk.”

Her decision to open Curtis & Cake bakery (named after soul musician Curtis Mayfield) may have seemed surprising, but it had its roots in her Georgia childhood. “My mom wasn’t much of a baker, but she was a great hostess,” says O’Connell. “I really appreciated the way she worked to make joyful spaces for our family, our friends, and our community.” O’Connell, who started baking as an adult as a way to unwind on weekends, sought to create a similar space through Curtis & Cake, which she opened in Fort Atkinson, Wisconsin, in 2015.

The shop quickly became known for its warm, welcoming environment; its cakes’ inventive flavors (O’Connell often incorporates herbs and floral notes into her cakes); and a romantic approach to design, which O’Connell perfected through classes with the famed cake decorator Maggie Austin. Her botanically inspired offerings range from subtle and ethereal to utterly fantastical, with clusters of sugar flowers—each of which takes a few days to make—climbing the tiers.

“I always try to make cakes that inspire a sense of wonder,” says O’Connell. Lately, influenced by fashion designers like Alexander McQueen and ceramic artists, she is experimenting even more with her work. “I want to keep that romantic element, but keep pushing the form.”

While O’Connell recently closed her bakery in Wisconsin for a move to Atlanta, she’s planning Curtis & Cake’s next chapter (keep an eye on @curtisandcake for updates). She’s also got a book in mind, one that will bridge her academic background with—what else?—cake. “I think a lot about cake as a symbol in these larger cultural traditions, especially in the South and in the Black community,” she says. “It’s a connector of people, a container for joy.” Over the course of her career in pastry, Emily Lael Aumiller has created bouquets of hyper-realistic sugar flowers, a Mondrian-inspired cube cake, and a multi-tiered gold confection that seemed to defy the laws of physics. It’s little surprise that before she started working in pastry, she was a sculptor.

“All of what I gained in sculpture I use today,” says Aumiller, who studied fine arts before enrolling at the New England Culinary Institute. “Only now I use sugar instead of clay and edible dye instead of glaze.” After years of working in restaurants and bakeries, and apprenticing with famous New York cake maker Sylvia Weinstock, Aumiller launched her custom cake business in Brooklyn in 2011.

At Lael Cakes, she turns out stylish, often extravagant designs and takes an adventurous approach to flavor (a current favorite is a banana coconut cake layered with spiced mocha icing). Her cakes are also known for what they lack—namely wheat, eggs, and dairy. After developing allergies as an adult, Aumiller turned her focus to gluten-free and vegan baked goods. “Making intricate cakes with alternative ingredients keeps me on my toes,” says Aumiller, who shared some of the tricks of her craft in her 2016 book, Pure Artistry. “They’re often more finicky, delicate, and much more time-consuming to produce than traditional desserts.”

Between creating cakes for weddings and other celebrations, Aumiller is keeping busy developing a gluten-free flour mix to sell to the public, leading private and group classes on baking, and getting ready to launch a food zine with her husband, who is also an artist. And she remains very much immersed in the art world, citing a recent exhibition of contemporary artists called ‘Skirting the Line’ as a particular influence. “I’m constantly soaking up and learning from other visual artists.” Over the past decade, London baker Lily Jones has made bespoke cakes for the likes of fashion designer Vivienne Westwood, written three cookbooks, and designed an edible sculpture for the V&A Museum. But she started her baking business, Lily Vanilli, almost on a lark. After losing her job in graphic design in 2008, Jones and some of her friends opened a pop-up market in East London, where word spread about her gothic-style baked goods. (One of her most talked-about creations was her “bleeding heart” cupcake.)

“There wasn’t anything similar happening—it was pre-Instagram, pre-cupcakes, pre-Bake Off as a trend in the UK—and I think it struck a chord with people,” says Jones, who is entirely self-taught as a baker. “I remember loving that it was this really granny thing and so odd that a young person was doing it.”

Since then, Jones’s business has grown, with locations in London and Tbilisi, Georgia (one of her favorite cities), as well as creative collaborations with various fashion and food brands. She constantly experiments with flavors and decorating techniques. “I’m always excited by what’s new and different, so my style switches up a lot,” says Jones. These days, she’s on a vintage kick, frosting her cakes in a palette of candy or neon colors, and decorating them with a mix of elaborately piped swags, gilded cherubs, and bright red cherries. It’s a look that’s one part neoclassical, one part 1980s, and entirely her own. 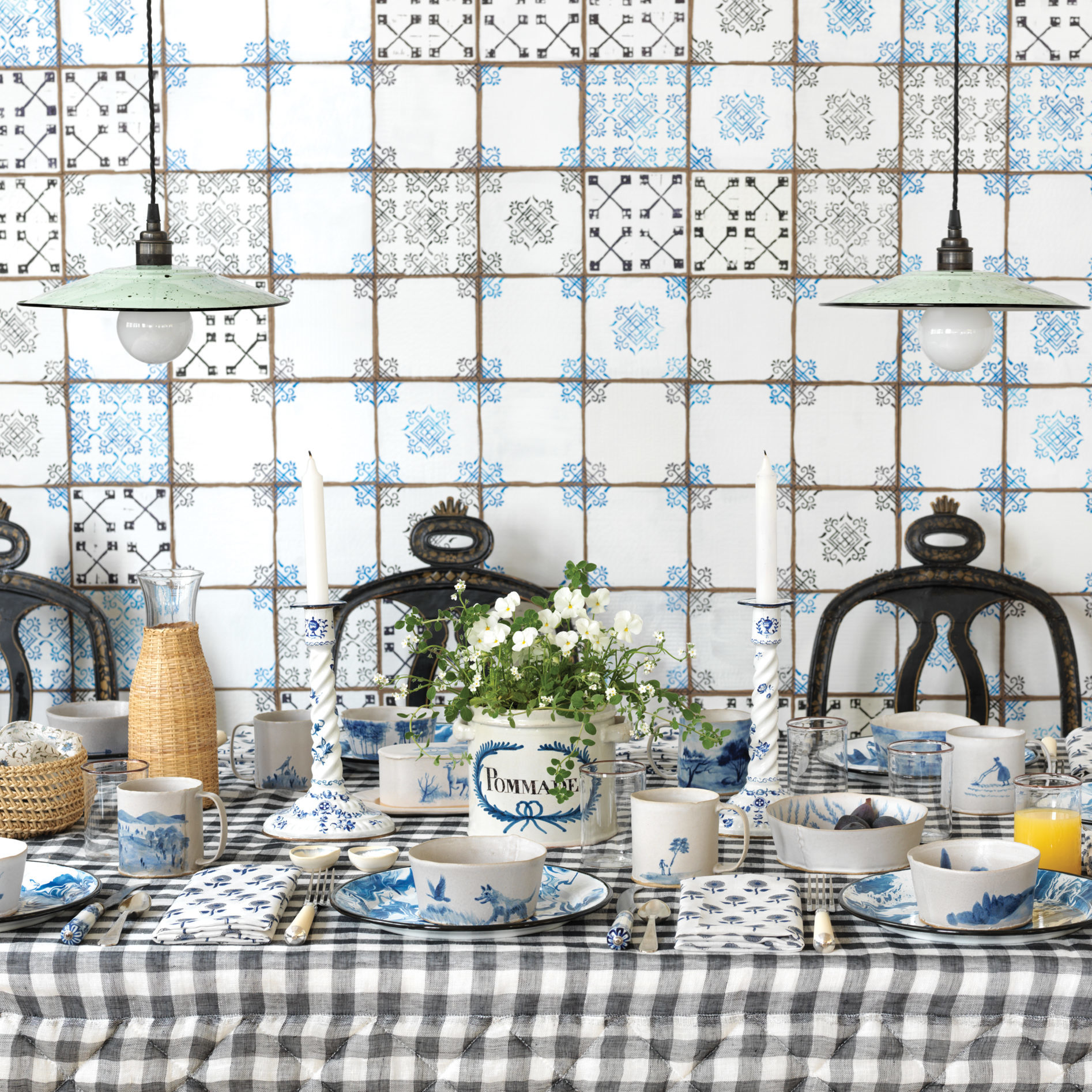 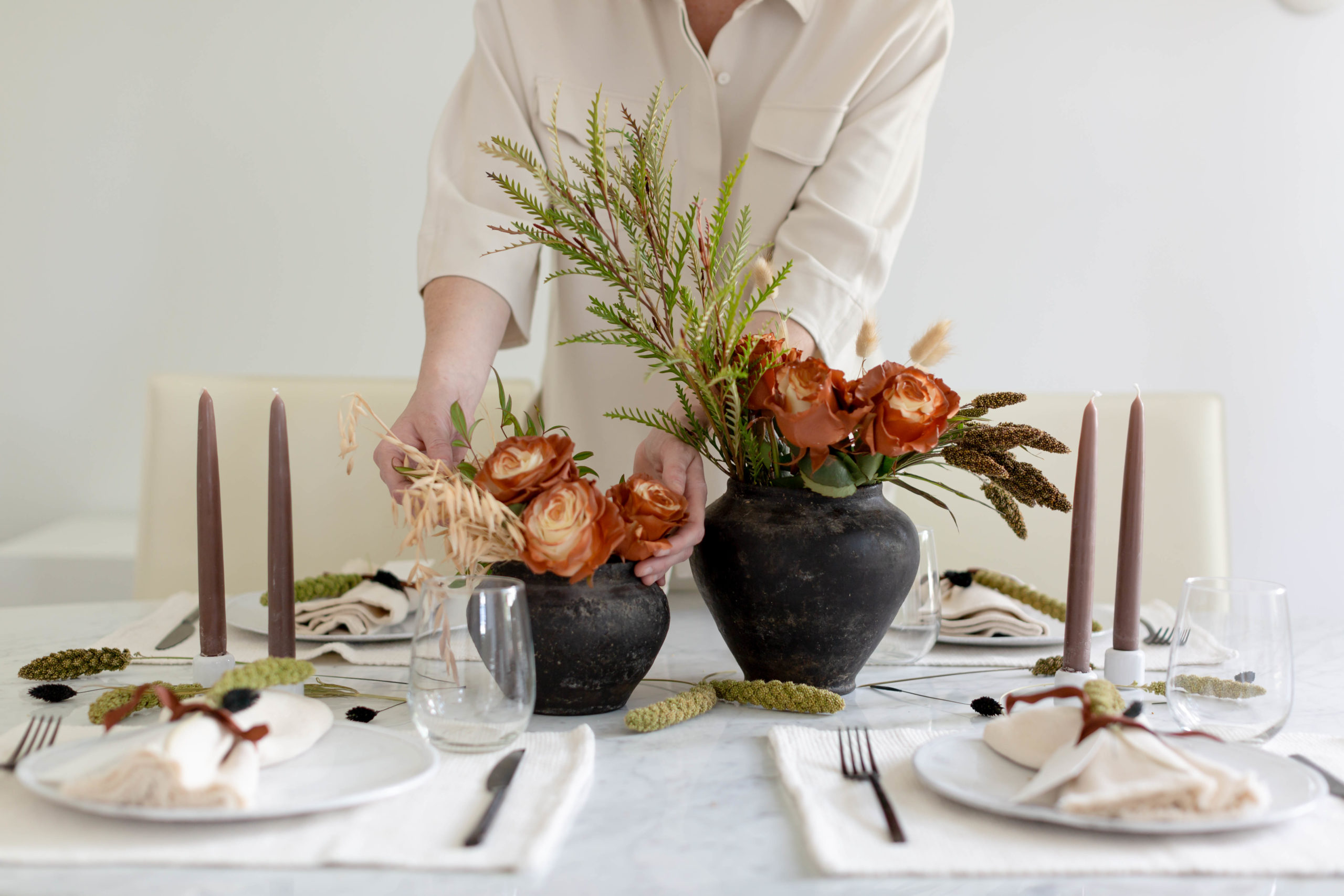