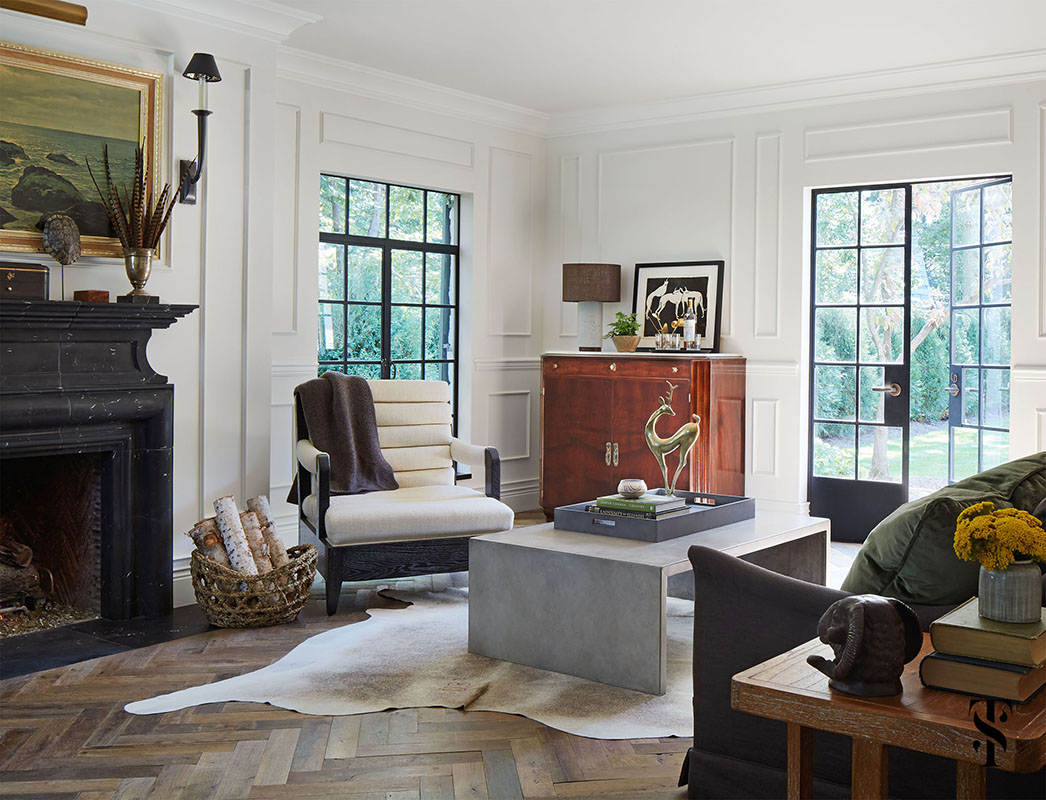 It often feels as though there are 9,999 shades of white to choose from when designing a space. But fear not! We went straight to the pros to get their tried-and-true paint picks for this deceptively tricky hue. “One of our favorite neutral hues is Slipper Satin by Farrow & Ball. It has a great chalky white hue with warm taupe undertones that brings to mind peeling plaster walls and well-worn painted wood floors. We often use it as the main wall color to bring warmth to modern cabinet silhouettes and wood finishes.” 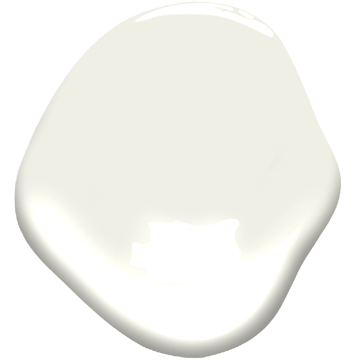 “OC-17 White Dove is my favorite, but you have to be careful with it because it will change color depending on where you are. If you are on the beach and the sun’s reflecting off the sand, it’s going to look more yellow. If you’re in the mountains and there’s a lot of green outside, it will feel more green. Always, always, always take that color and do a paint swatch on the wall and look at it during different times of the day so you can make sure that it’s the right color for your room.” White Diamond by Ben Moore sets the tone as an alluring backdrop for the hushed cream and blue hues of this seaside bedroom by Elaine Griffin.Kelli Boyd

“Even the crispest, brightest whites still benefit in the warmth department from a wee hint of gray in their base so they aren’t too cold and harsh looking. Ben Moore’s White Diamond is like that gallery white that spent an hour at the beach. It has just enough warmth to be alluring without being too tart.” “I like all of the whites from Farrow and Ball because they’re pretty true whites. I also love White Dove from Ben Moore. It has the tiniest bit of gray in it so it doesn’t look like a creamy yellow white, which I’m not crazy about. I like to have a little bit of a gray undertones in my whites.” All White by Farrow & Ball

“My tried-and-true white is Decorator’s White by Benjamin Moore. But there’s also All White from Farrow & Ball, which is beautiful. It’s not a crisp, hardcore white, it’s a little creamier; but a lot of times that’s the direction that we go in. Bright, bright white can be a little jarring depending on what it’s being paired with.” 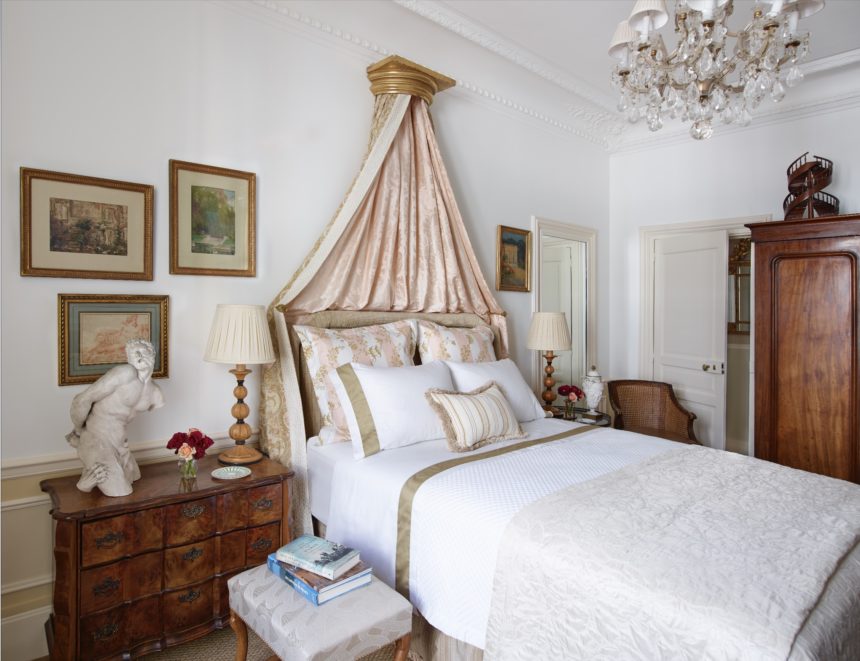 Cotton Balls by Benjamin Moore is a fresh contrast to the antique pieces in this sumptuous bedroom by Timothy Corrigan.Richard Powers

“I have two favorite white colors: one is Mayonnaise and the other is called Cotton Balls, both by Ben Moore. I’ve spent a lot of time with white and to me, the most successful whites are ones that have a slight warmth to them whether it’s a yellow or pink undertone. We all look better in a warmer white!” “My least favorite thing is to stand and stare at white paint colors to decide which is better. So when we start a project, we’ll pick a white for that house, whether the entire home is all white or it’s just the trim. I’ve been committed to Cloud White by Ben Moore for a long time now—it’s the white in my house. I think it’s a nice cleanish white, but with just a hint of an ivory undertone.” “I have been very loyal to Delicate White by Porter Paint, a local southern paint company. When we first moved to Nashville, we bought an old ranch with exposed brick and paneled walls. I desperately wanted light and bright and I used Delicate White. For me, it has been the perfect ‘clean’ white—it’s not too blue, it’s not too yellow. It is just warm enough.” “I did my entire apartment in Chantilly Lace from Benjamin Moore. I had never used that color in my life until I sat next to the color director for Benjamin Moore who said that this is literally the whitest white. And she was not wrong! I love it because it’s just a very pure, crisp white. It’s beautiful.” Danielle Rollins shows her artistry in making this modern, masculine space feel soft by coating walls in White Down by Ben Moore.Nick Mele

“If it’s for a crisp modern situation and I want it to feel like a cool frosty white, I like Chantilly Lace. But I also love using White Down which is softer and creamier. I’ll even use these two as a combination together.” 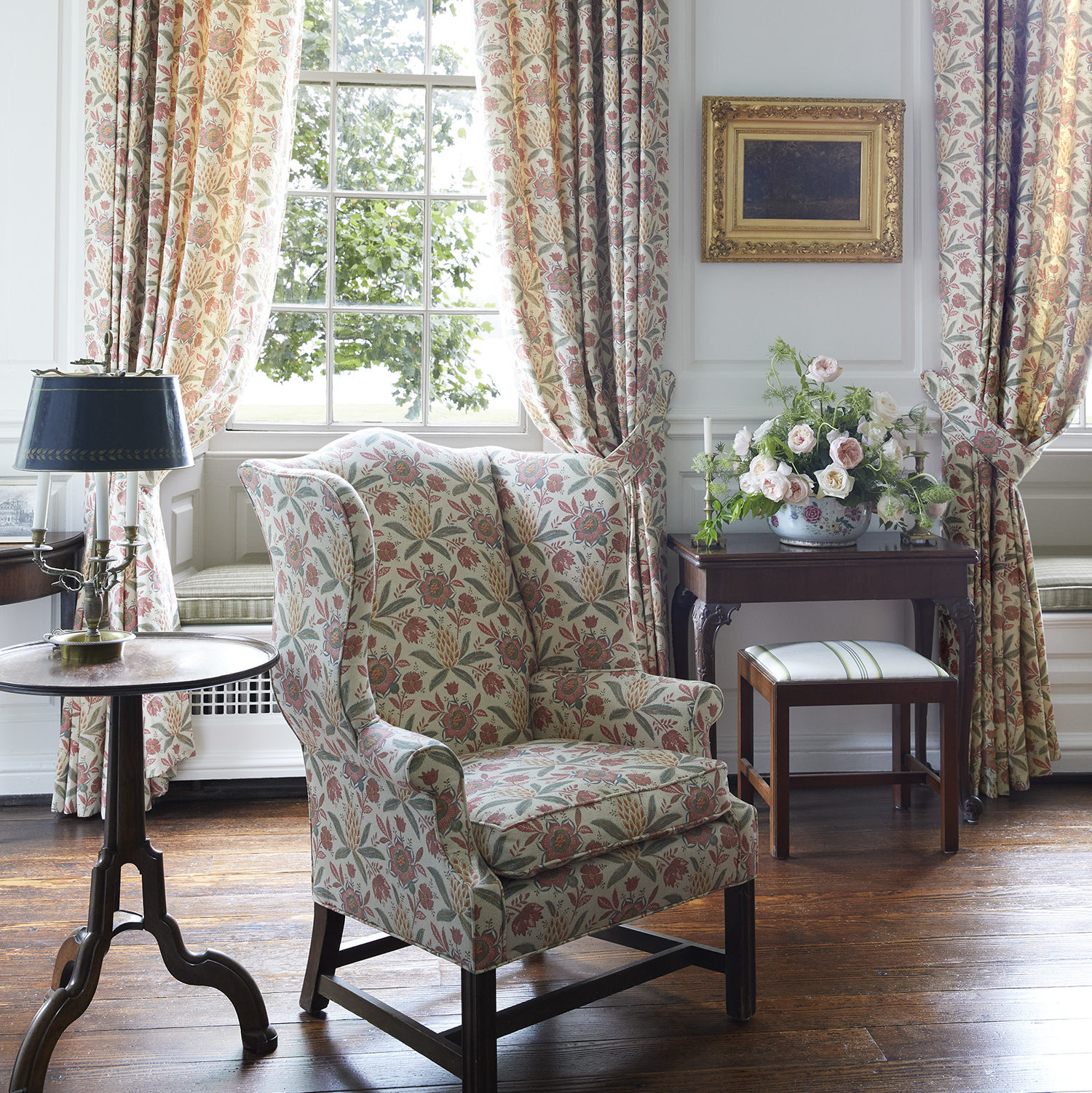 A Storied Collaboration Is Reborn with Williamsburg for Schumacher 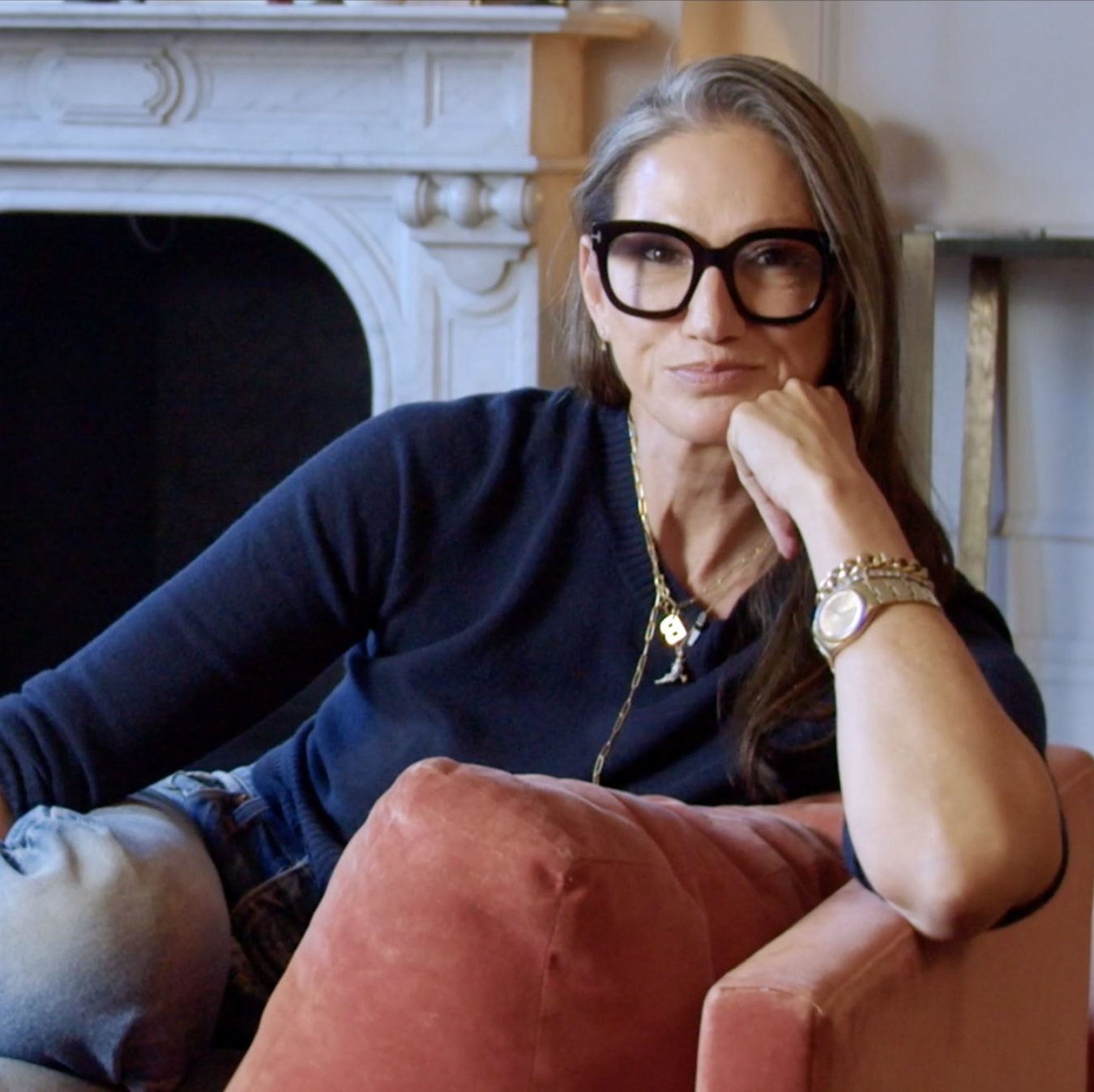