Angie Hranowsky Reveals Her Secrets For a Serene and Stylish Office 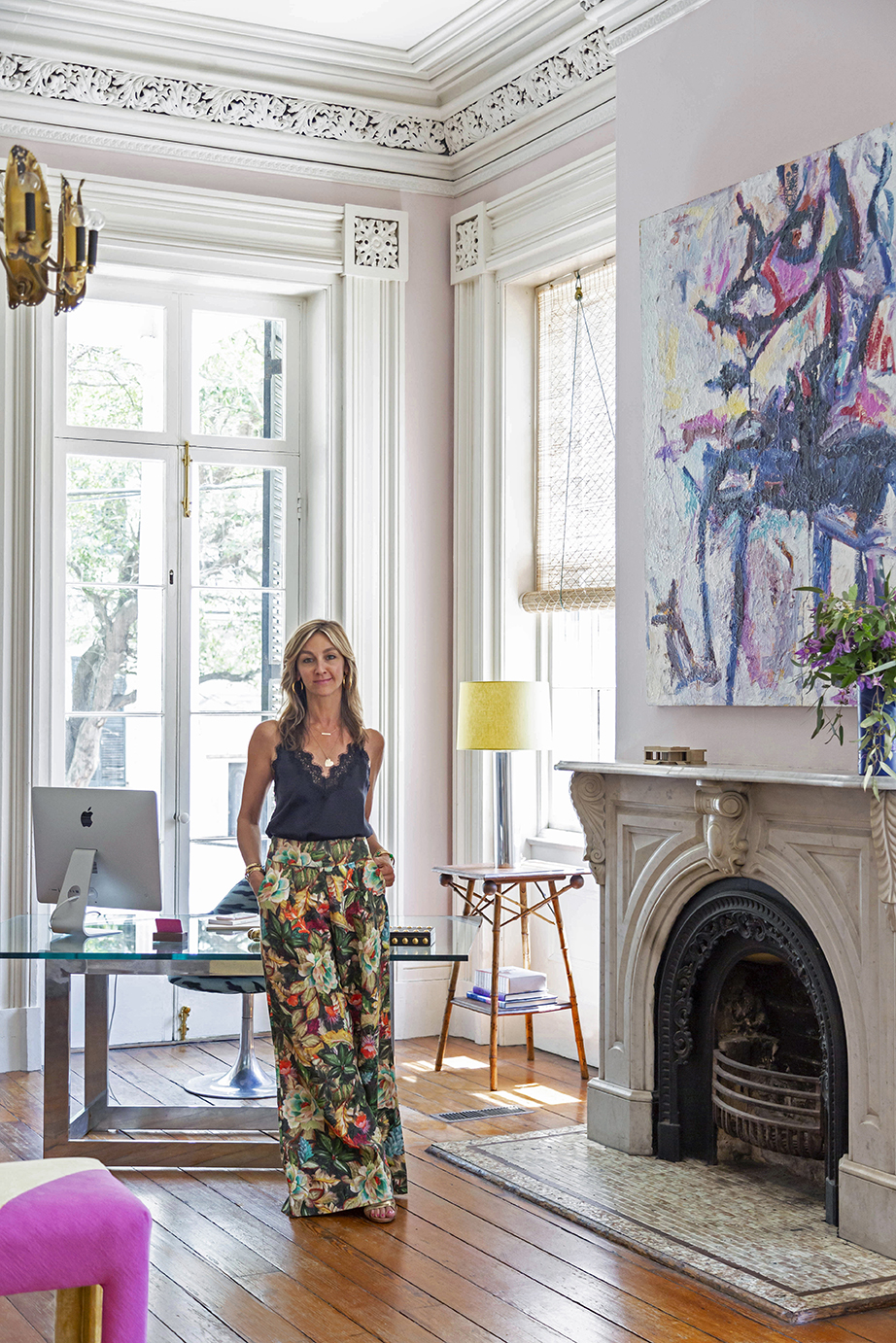 Fate and a bit of luck landed Charleston, South Carolina-based designer Angie Hranowsky in her dream office. When she first walked through the doors of an 1830s Greek revival seven years ago to visit her friend artist Sally King Benedict at her studio, it was love at first sight. The light-flooded space was a far cry from her set up at the time—a small room with little natural light and no architectural detail to speak of, but it served its purpose. 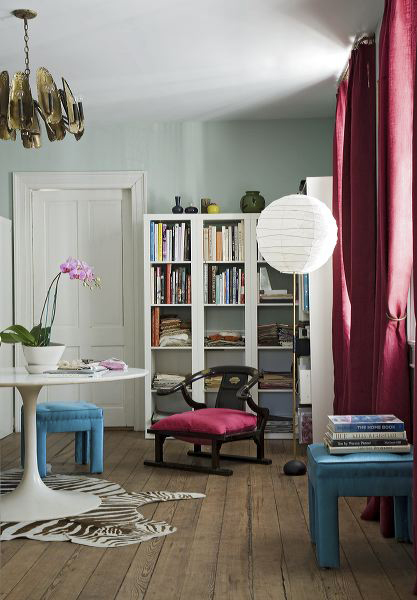 Hranowsky’s first office featured vintage pieces she had collected for her own home over the years.

Two years ago, everything changed. Workstead, the Hudson Valley-based architecture and design firm, had been renting in the 19th-century downtown building but decided it was time to return to New York. So to celebrate their time in Charleston and the friends they’d made along the way, the team threw a party and Hranowsky decided to go. “I went over to [co-founders] Robert [Highsmith] and Stefanie [Brechbuehler] and said ‘I’m so bummed that [you’re] leaving Charleston, but I want your office!’” One quick call to the landlord and she finally found herself with the keys to her dream space.

Here, Hranowsky gives us the inside scoop on how she transitioned her favorite vintage pieces from a small but cozy starter office into the wildly chic light-flooded space that her design crew currently calls home base. 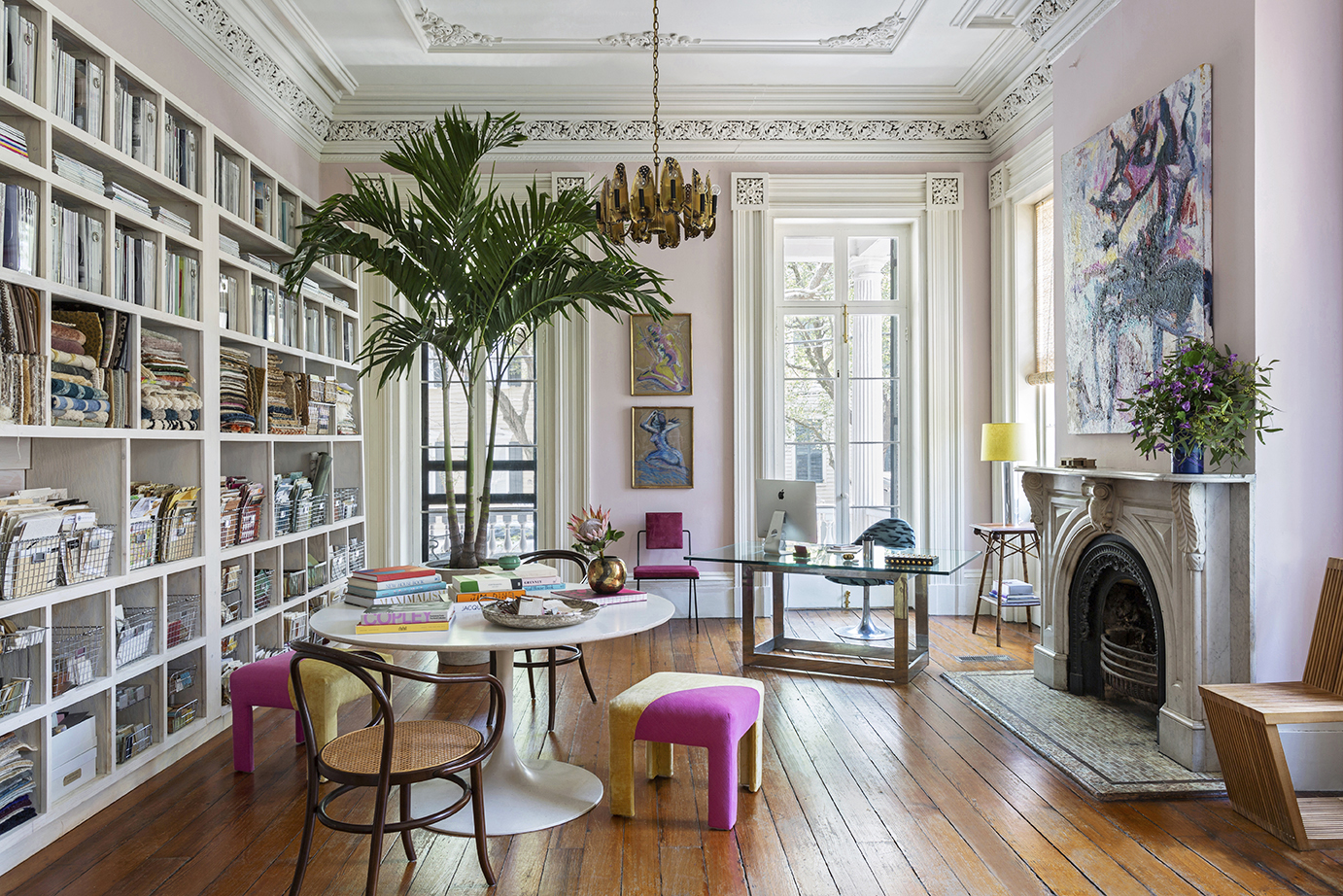 The guiding principle behind her office makeover was simple: Don’t shop for it. “I am not the kind of person who is going to go out and buy new things,” she explains. “I would rather be surrounded by objects that I love and cherish, those pieces that I’ve collected over the years.”

Like a crisp white shirt and a pair of Levis, her stylish staples—a vintage brass chandelier, a pair of turquoise tufted stools, and a Saarinen tulip table— that she had collected over the years from vintage shops still felt fresh. So when it came time to outfit her current office, she didn’t want to change all that much (although a few pieces like the fuchsia curtains, the zebra-print rug, and paper lantern were left behind). She searched for the twin to her modern chandelier and found it. She recovered those turquoise stools with a funky two-tone blend of hot pink and gold velvet. She kept the tulip table, which was and continues to be a major workhorse, and placed it center stage in the main room. “I think it’s really crucial to have a table that clients can sit at or even a spot to meet with your employees to go over things.” 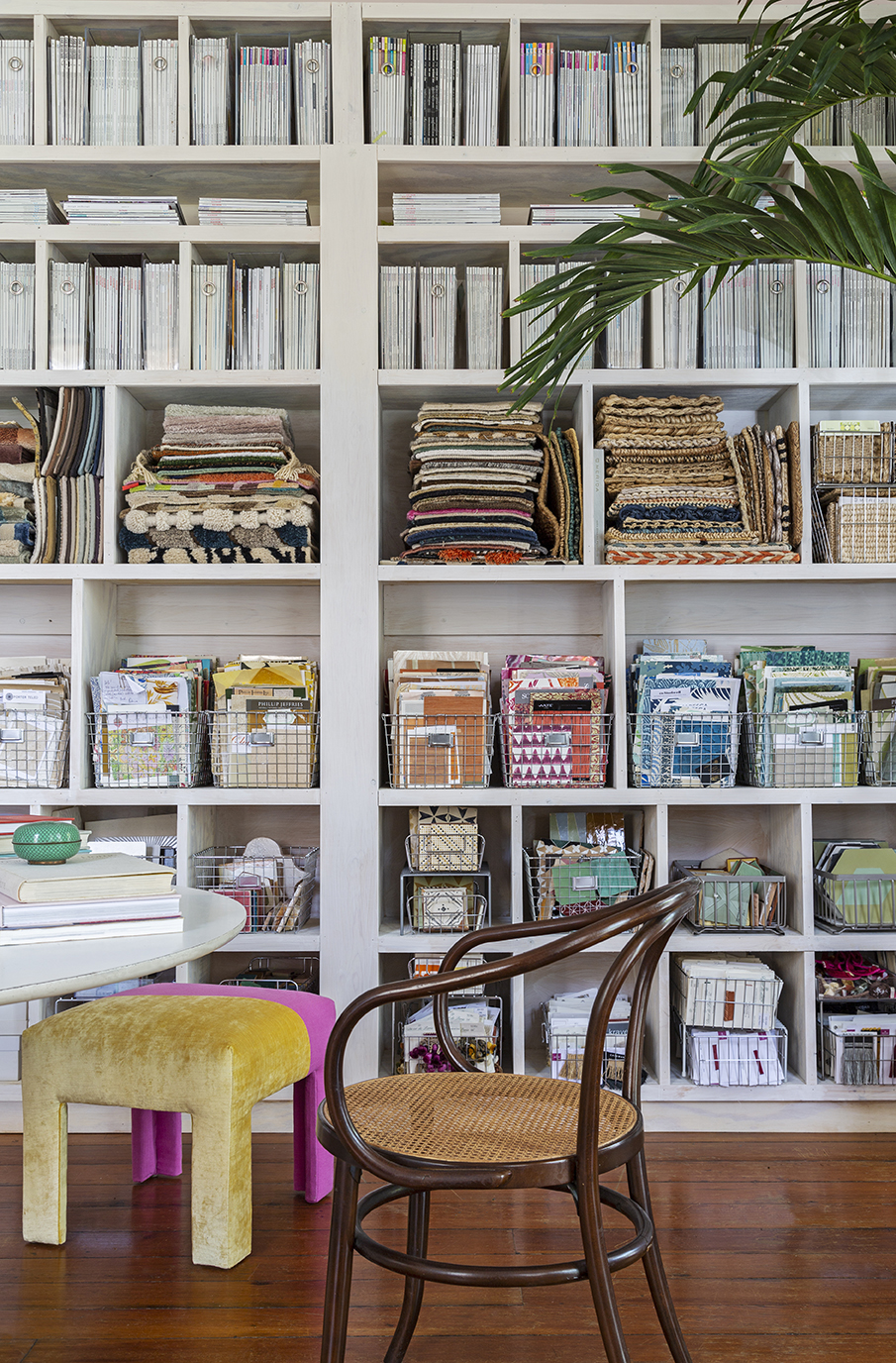 A wall of custom bookshelves is brimming with Hranowsky’s collection of fabric samples and magazines.Julia Lynn Photography

Hranowsky’s style evolution came hand-in-hand with the growth of her business. In the end, it was her desperate need for storage that pushed her to a new space. “Designers have a lot of stuff!” she laughs. Unfortunately, Georgian-era architects weren’t all that concerned with stockpiles of swatches, so she brought in her carpenter and set out to solve the problem. Where her first office had only three display shelves, she now has an entire wall to house fabric and rug samples, as well as her burgeoning anthology of books and design magazines. “It was a game changer,” she says.

As Hranowsky’s surroundings evolved, so too did her aesthetic as she slowly refined her modernist viewpoint to include a dash of old-world Charleston. “My office has to feel like my aesthetic, but I also want to be inspired and I love the juxtaposition of my vintage and modern pieces in this really old 19th-century building.”

She ultimately chose Farrow & Ball’s Pink Ground to highlight the building’s phenomenal mouldings—barely touched for two centuries—and serve as a somewhat neutral backdrop for her quirky collection of furniture and art that hail from some of the funkiest decades in American design. The wildly expressive painting that now hangs over the fireplace came out of a 1960s Miami home, while a vintage Milo Baughman glass-and-chrome table serves as her desk.

All together, this eclectic mix is the perfect foil to Charleston’s traditional overtones. “I’ve always preferred spaces to look well-traveled and collected over time,” she says. “But what I really love is that I get to do this in a city like Charleston, which is so steeped in history and beautiful old architecture.”