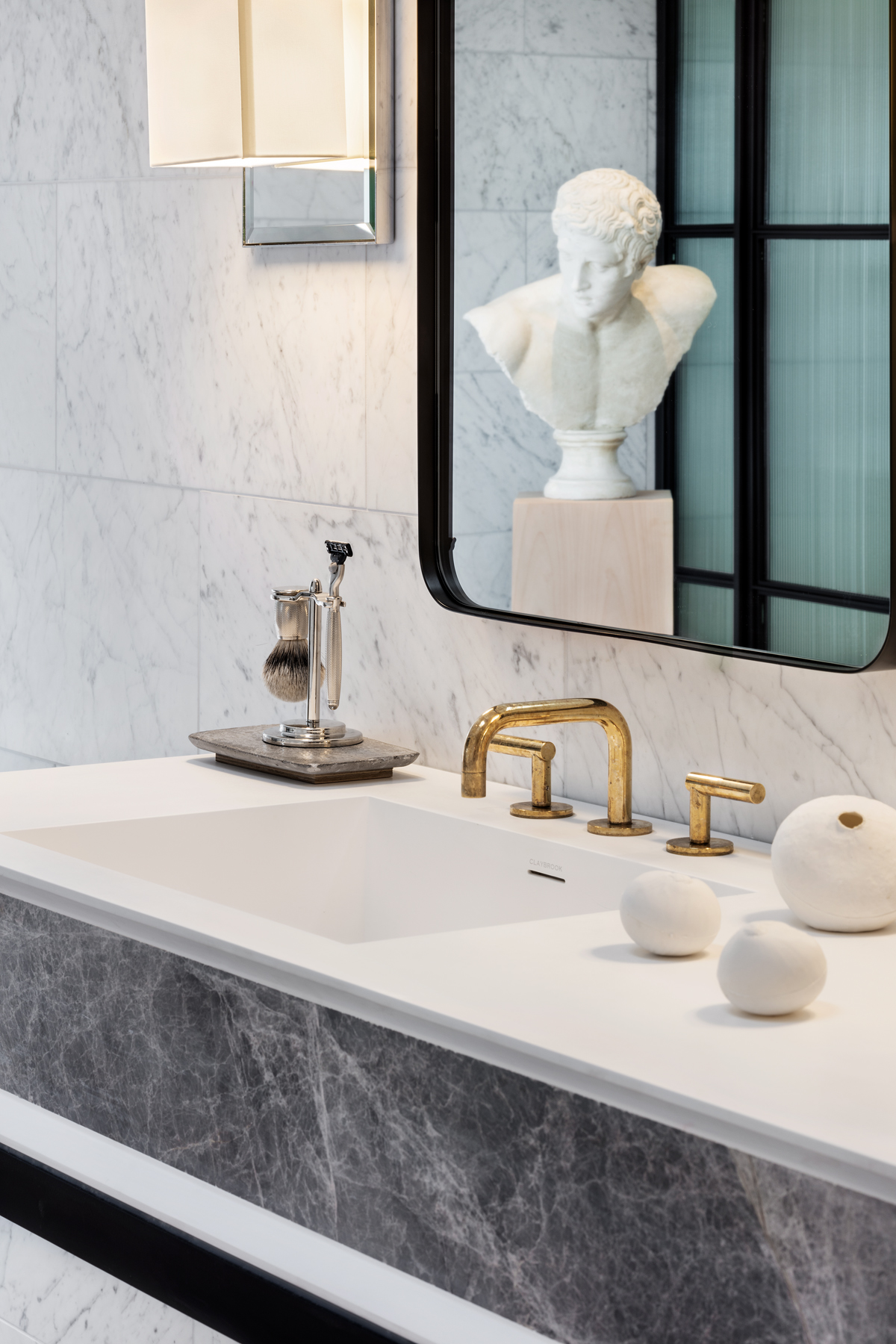 For over two decades, Will Meyer and Gray Davis of Meyer Davis have designed the distinctive interiors that have come to define prestige properties like the Dream Nashville, several Four Seasons, and the boutiques of Oscar de la Renta. They have picked out the perfect furnishings to fit the atmosphere and aesthetic of each space and, when they couldn’t find the right chair or credenza, they designed a custom piece of their own. Over 20 years later, the best of their bespoke archive has been brought to life in William Gray, a new collection of furniture, lighting, and bathroom fixtures. 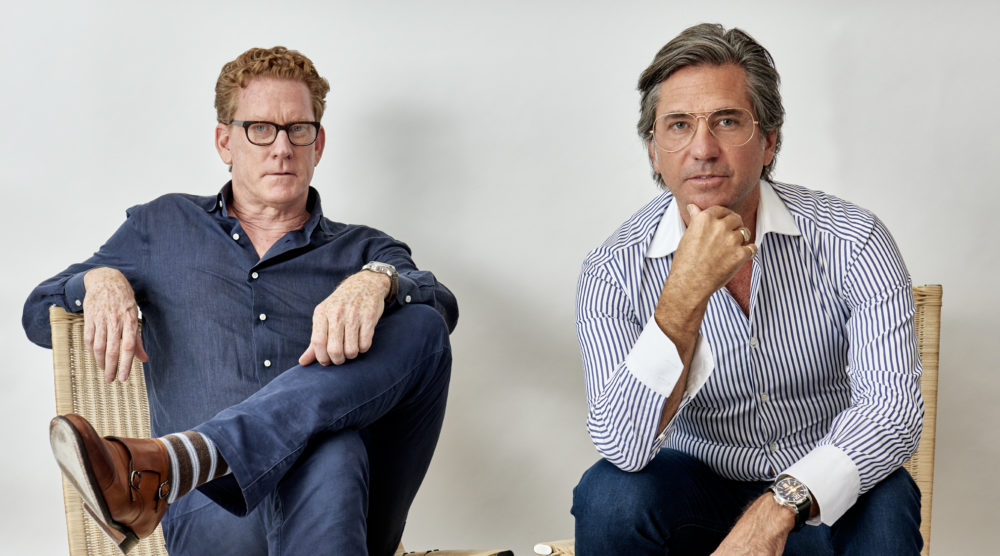 Working with production partners including Stellar Works, Rich Brilliant Willing, and Claybrook, the 60 pieces released in the inaugural collection are timeless, elegant, and chic. They embody the “brand persona” of William Gray, a character the duo envisioned as a worldly traveler, a connoisseur, an adventurous artist, and a renaissance man of design.

“It’s one thing to pick a bunch of pieces that you designed over the years and just call it a collection,” Meyer says. “It’s quite another to create an arc of products that relate and that tell a story.”

William Gray’s story is refined and cohesive, but it is also meant to be the starting point for a collaboration with colleagues in the wider design industry. While each of the pieces has been meticulously crafted, they also offer many opportunities for customization, whether that’s through a choice in wood, stone, fabric, or finishes. 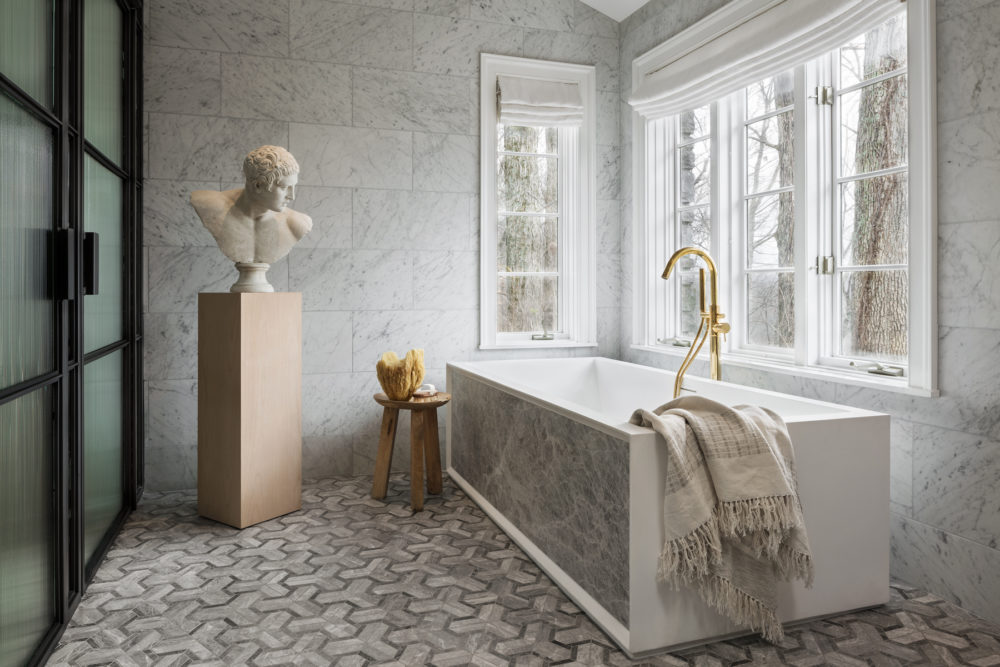 The Frame Bath, with its sharp lines and natural stone, feels luxe and yet modern when paired with the Danish Tub Filler.Rachel Paul

“There’s lots of options. We want it to be something that our friends and colleagues can look at, and be excited about using, and make it their own,” Davis says. “You’re able to customize [each piece] so that it really works for their particular needs.”

Meyer describes the William Gray design process as an exercise in empathy where “you design an object of desire that actually solves their problems as much as it pleases our own aesthetic.”

Just take the Hugo Chair, one that Meyer says comes the closest in the collection to having that “iconic quality.” Inspired by campaign-style furniture, the original Hugo Chair was designed for the Atlanta restaurant King & Duke. It was a hit, and Meyer and Davis began thinking about other ways it could be used. If it had arms, it could work in a residential setting as a dining or office chair. If it was a bit smaller, it would be great for tighter restaurant spaces. The chair evolved, but maintained its same spirit — refined lines, playful leather accents paired with beautiful fabric, a distinctive design. Today, the newest version of Hugo can be found in Harrods Brasserie in London. 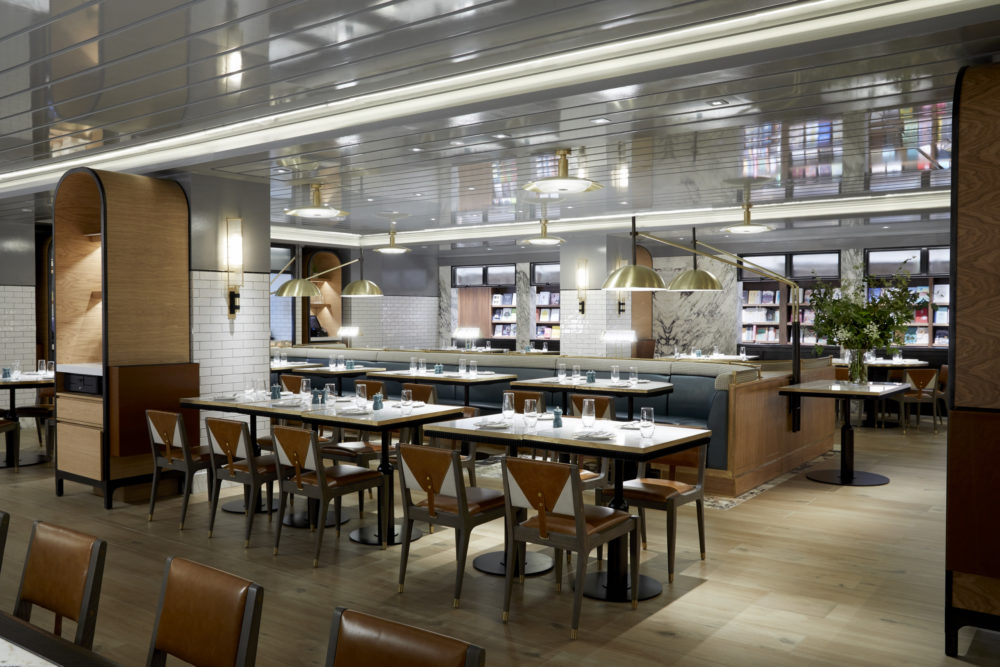 The Enzo credenza is another piece that illustrates the versatility of William Gray’s aesthetic and its mission to empower designers. A handsome statement piece, the Enzo can not only be customized through a choice of wood and marble finishings, but it was also designed to work in a variety of settings, whether that be a bedroom, dining room, or living space.

In addition to being “a great solid anchor piece,” as Meyer says, “you could also outfit it with a refrigerator. It has glass and bottle storage within it. And it can be a great bar piece in a hotel room, as well as fit very comfortably in a luxury, residential home. It kind of does all the above.” 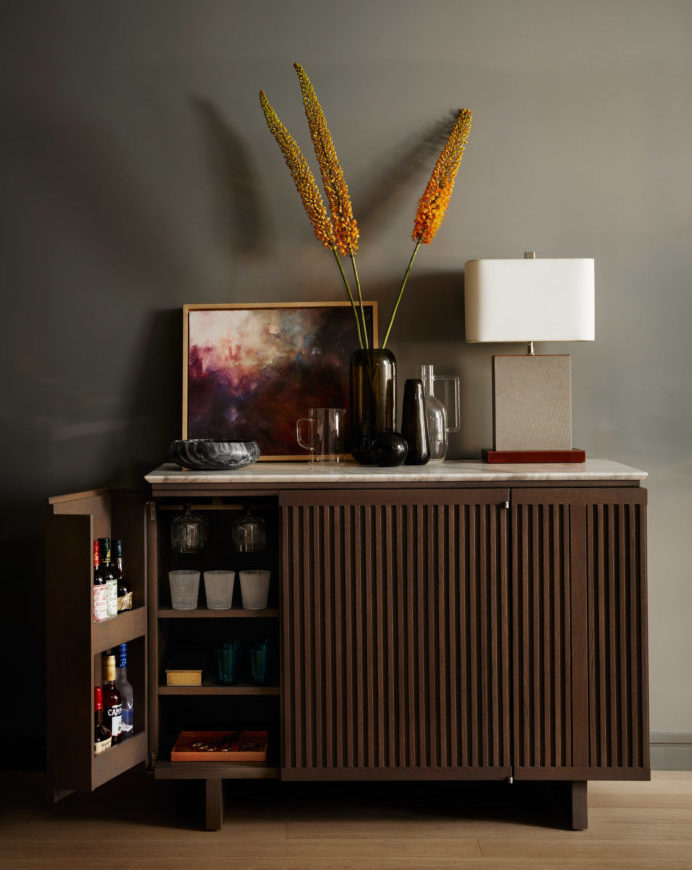 While William Gray is the product of over two decades of work at Meyer Davis, the path to launching the new brand was filled with the bumps and turns that have become expected in this chaotic and difficult year. Meyer and Davis had to cancel a planned debut at Milan Design Week in April, but they are glass half-full kind of guys. The re-scheduled September launch allowed William Gray to arrive on the scene at a time when people have developed a greater awareness of their surroundings and an interest in designing spaces to suit their new realities. Plus, the story that the William Gray collection tells may just be what we need right now.

“The globetrotting modern man is every bit of what we aspired to pre-pandemic,” Meyer says. “But I think now, it kind of fits into the fantasy of William Gray. It’s what we all wish we could do. There’s some escapism there that I think is desirable.”