5 Stunning Rooms We Can’t Get Enough Of 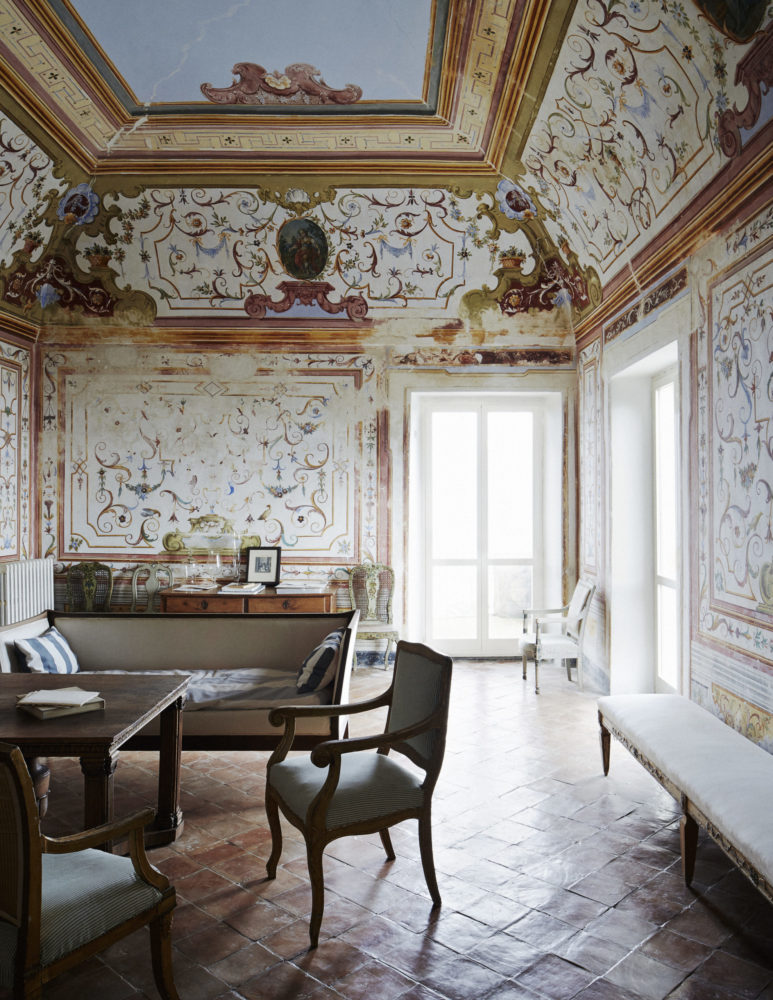 In his new book The Lives of Others, renowned Irish photographer Simon Watson shares the images and memories behind the awesome interiors and their singular inhabitants that have touched him the most over the past 30 years. 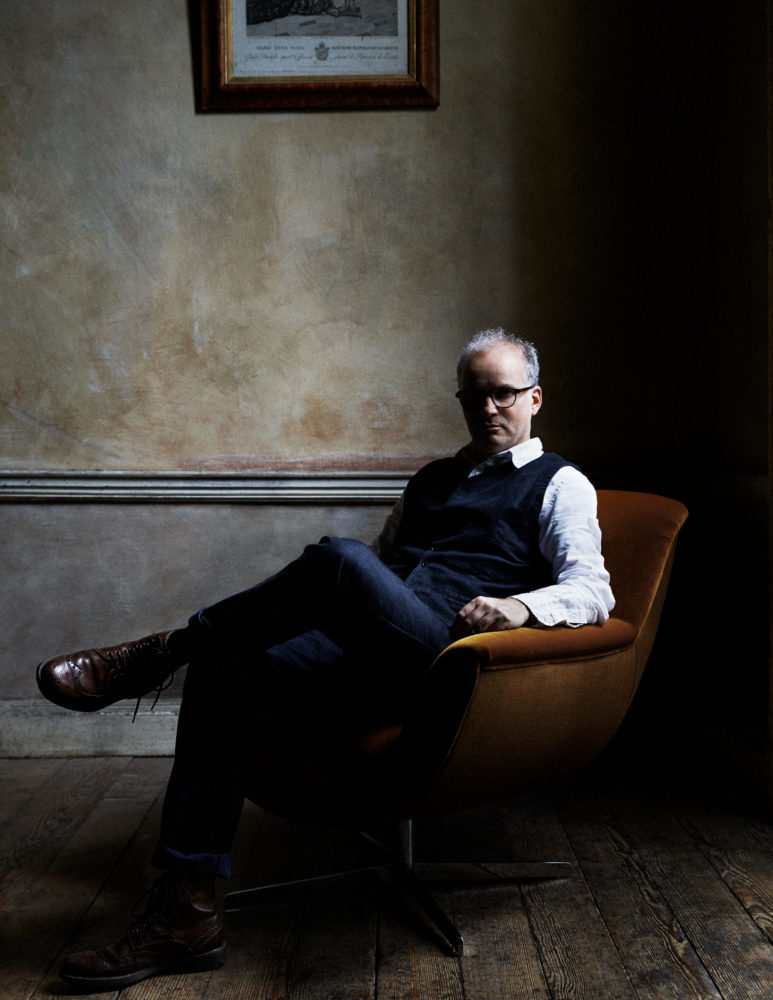 “Photographing houses is not just the documenting of space; it is the process of opening an aperture, a window, so the viewer might have a better understanding of the inhabitant; it is the act of creating an intimate portrait. A house reveals much about its owner,” Watson writes in the introduction. “The stories presented in the pages of this book, photographed over the span of my career, are a small selection of residences and their occupants that I feel have influenced me profoundly and in some way touched me. I have tried to edit them in a way that is personal and poetic.”

Below, just a few of our favorite images and reflections from this sumptuous tome.

“[Nicola] Del Roscio’s house dates to about a thousand years ago and sits on even earlier Roman foundations. The walls of the piano nobile were decorated during the eighteenth century in the antique Roman style, possibly by Sebastiano Conca—a nod to the decorative paintings discovered inside the Roman buildings in nearby Pompeii and Herculaneum.” 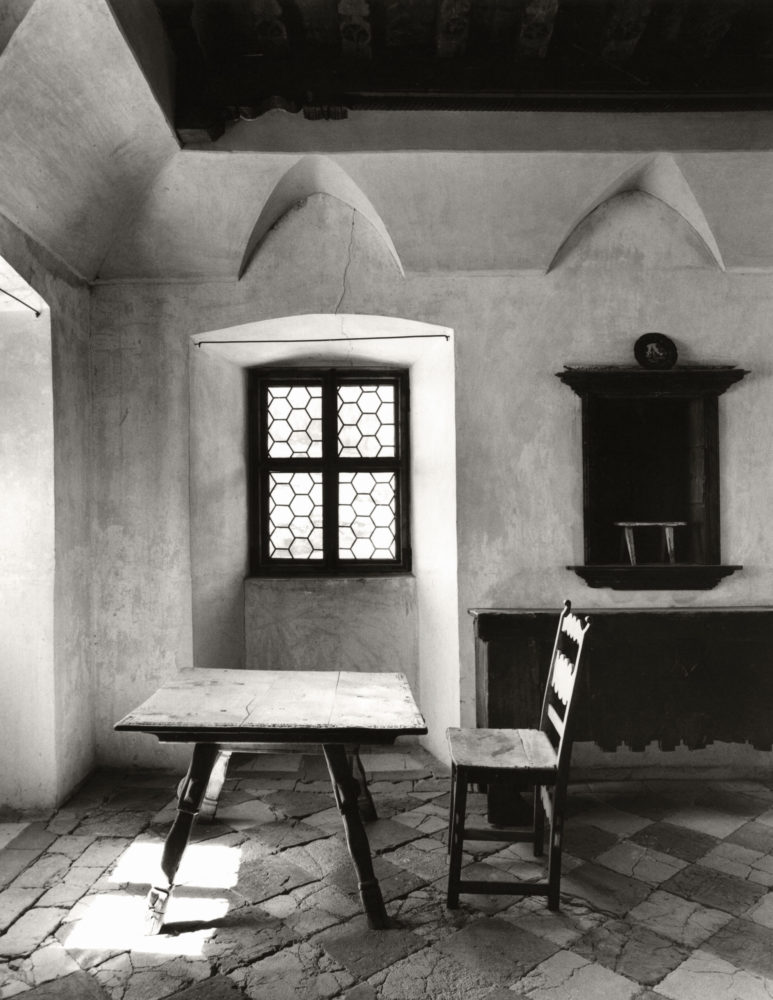 In this moody shot, a rustic table and chair sit in front of a leaded window at the centuries-old Castello Gardena in Val Gardena, Italy.Simon Watson

“Nestled between Santa Cristina and Selva Gardena in Trentino, the castle was built at the beginning of the seventeenth century by Engelhard Dietrich von Wolkenstein-Trostburg as a summer residence for hunting and fishing. Over the years, the Franchetti clan has maintained this dramatic alpine abode in what can only be described as a glorious state of romantic disrepair.” 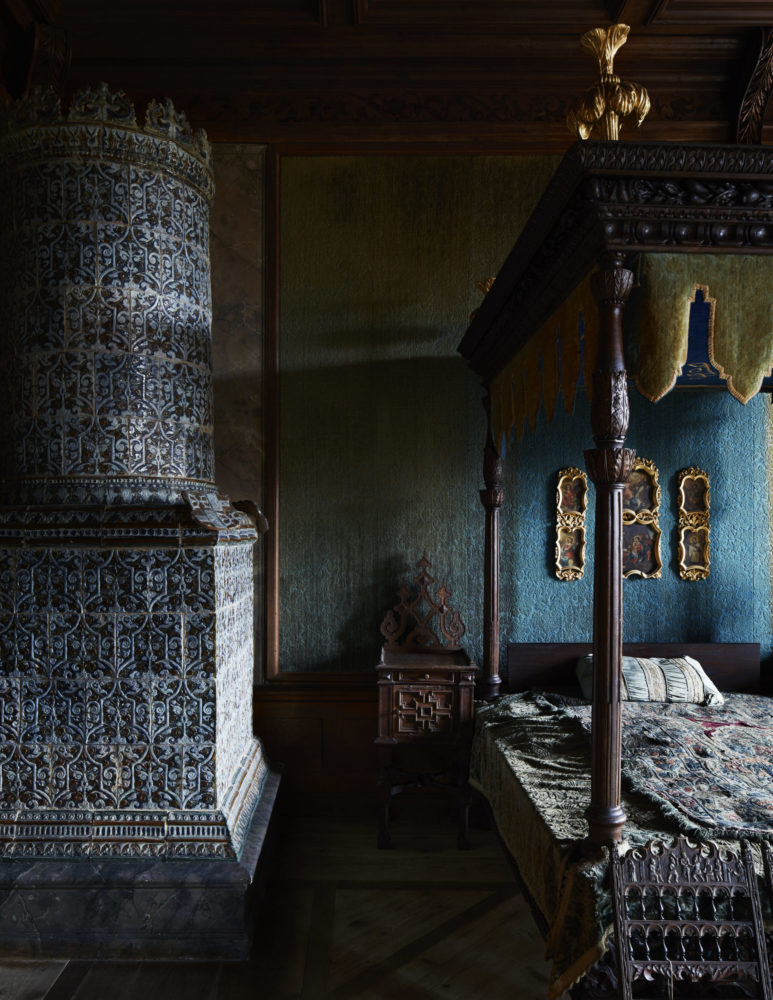 “In Hollenegg Castle there are literally hundreds of rooms—so many that Alice Liechtenstein, who lives there, claims there are rooms still waiting to be discovered.” 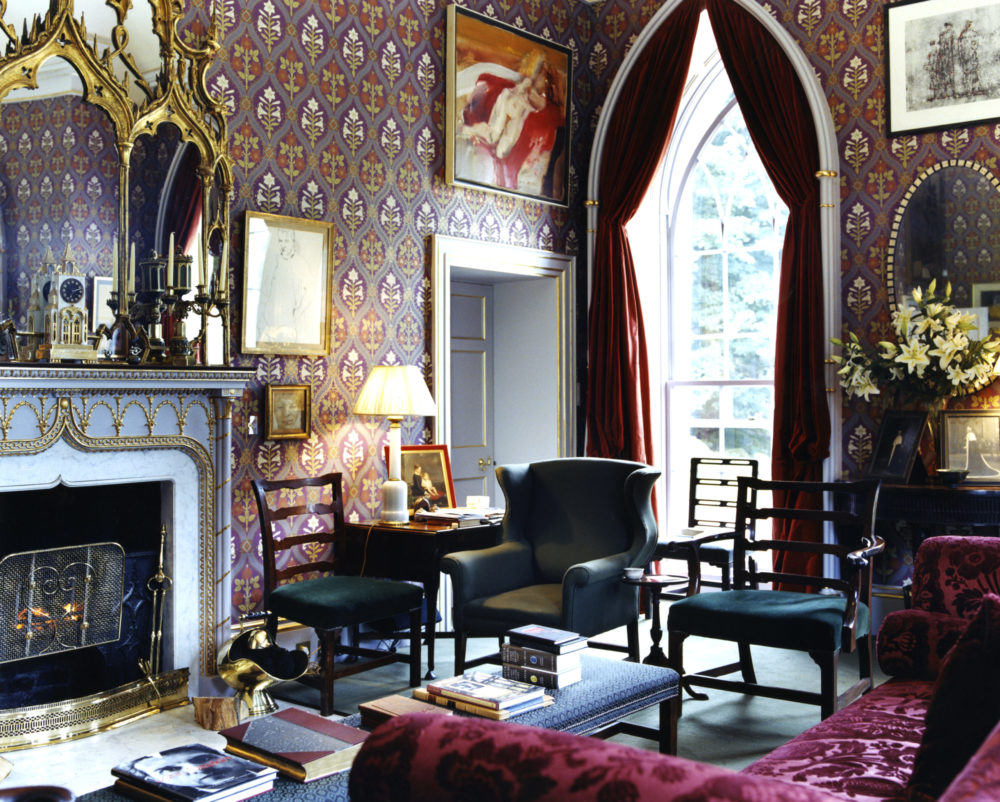 A gilded gothic mirror hangs over an ornate mantel Luggala, an ancestral home of the Guinness family in County Wicklow, Ireland.Simon Watson

“In the summer of 2002, I photographed Garech de Brún (also known as Garech Browne) at Luggala, an ancestral home of the Guinness family. The house sits beside Lough Tay, high up on four thousand acres of stunning County Wicklow scenery.” 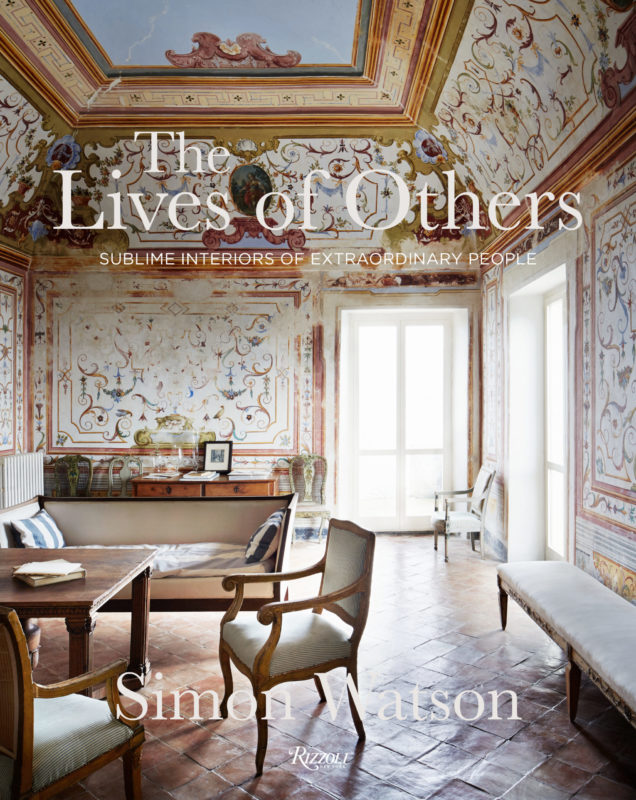