Our Ode to an 80s Design Legend

A giant of 20th-century interior design, Kalef Alaton infused California glamour with his own 1920s-inflected Mediterranean style. It was a sophisticated mix of ornate European history and clean modernism that influenced scores of contemporaries. Yet just a generation later, he is all but forgotten. 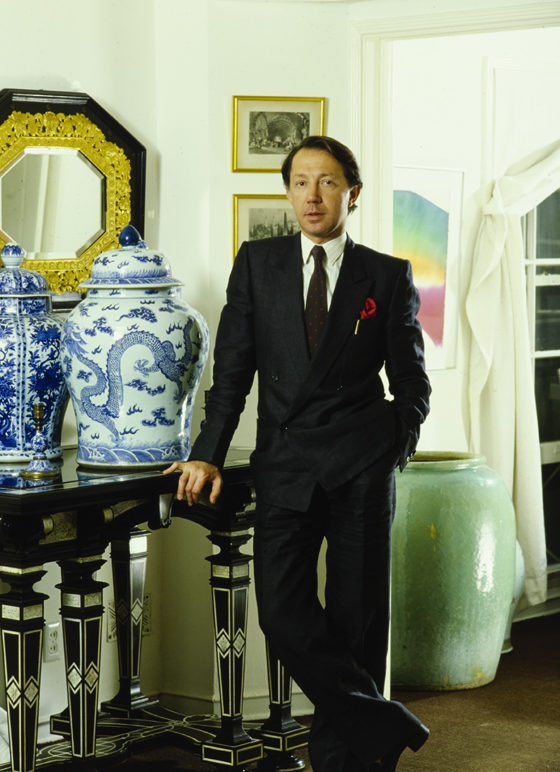 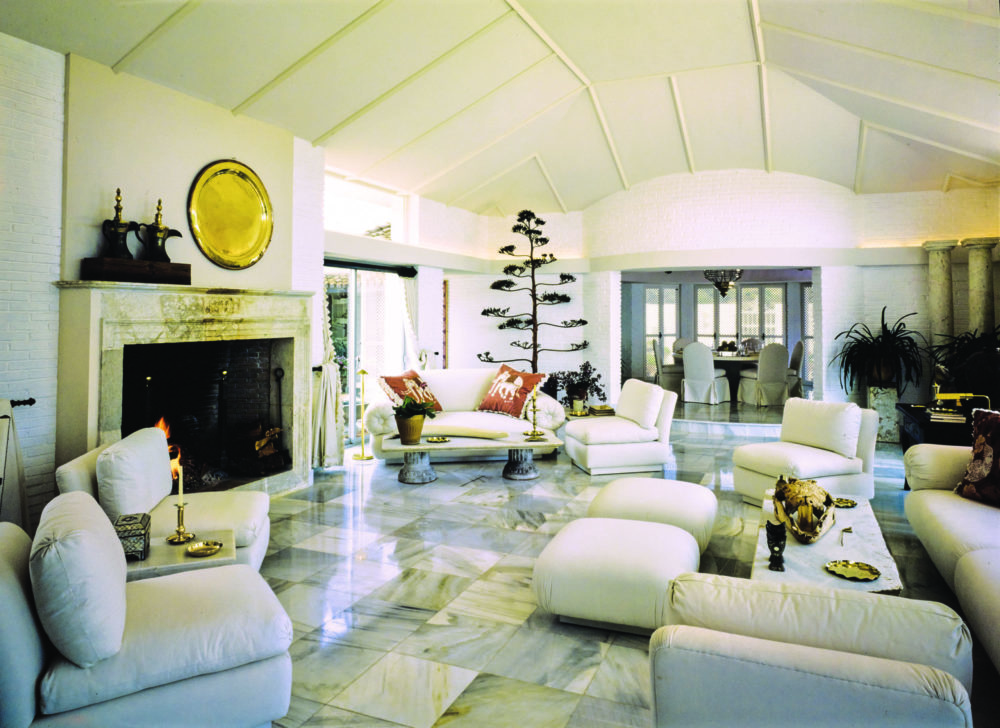 In the 1970’s and ‘80s, it was easy to think that Kalef Alaton would be around forever. He enjoyed a global reputation for his eccentric-yet-impeccable taste, his uncommon generosity—to clients and fellow designers alike—and his frequent appearances in the pages of Architectural Digest, which variously described his aesthetic as “immaculate understatement,” “relaxed and monumental” and “quietly dazzling,” and named him one of the top 20 designers of all time.

“Kalef ranks up there with Michael Taylor as one of the most important California decorators of the 20th century,” says interior designer Richard Hallberg. “And he was such an interesting character—I’ll never forget his cape.” Alaton favored a long black cape that flew out behind him as he drove around Los Angeles in his VW convertible. “His interiors were like that!” Hallberg says, laughing. “Dashing and humble. Yin and yang.” 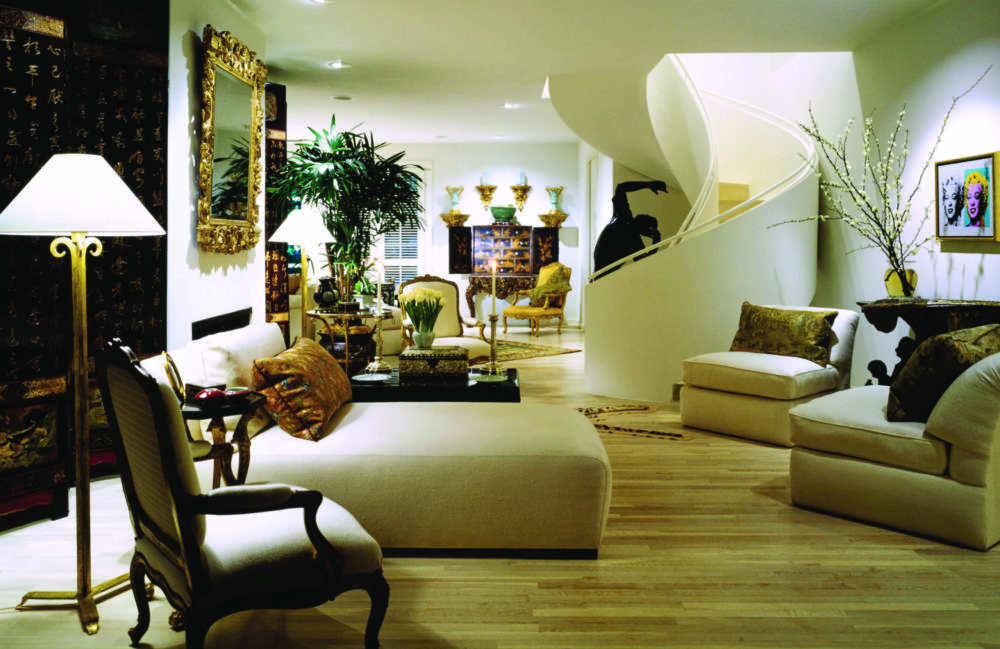 Alaton’s interiors were marked by their eclectic and exceedingly chic mix—European and Asian antiques, contemporary furniture and art, all were fodder for his singular sensibility.Peter Vitale

Alaton came by his worldly influences honestly. Born in Turkey in 1940, he left home as a teenager to pursue painting and sculpture at the École des Arts Modernes in Paris. While there, he discovered interior design and never looked back. In the 1970s he moved to Los Angeles to join a large firm, then founded his own practice in 1973.

He loved to work closely with his clients, transforming lavish homes from the West Coast of the United States to clear across Europe, and designing interiors for such properties as the Hotel Bel-Air in Los Angeles and Melbourne, Australia’s Park Royal Hotel. He was perhaps best known for his singular approach to counterpointing materials and objects. For instance, he’d use monochromatic corduroy upholstery to unify a mix of Louis XV and Louis XVI armchairs and contemporary low-slung sofas, and in a room featuring silk he’d cover the floor in simple sisal matting. Each material enhanced the other.

Then came the AIDS crisis. Alaton was only 49 when he died in 1989 of complications from the disease. As with all the creative professions, the design industry was crippled by AIDS, and among the many devastating consequences was the inevitable loss of generational continuity, that invaluable passing-along of knowledge from one age group to the next that unifies a field over time. When the internet roared into being, all but annihilating the cultural memory of anyone who didn’t appear online, Alaton’s legacy was as good as erased.

When asked what Alaton could teach the current generation of designers, Hallberg doesn’t hesitate: “History. You need classical training in order to break the rules.” He continues, “Kalef was an editor of quality. That’s why his work was always so beautiful. He had a great sense of restraint, but also flair.”

In an essay about Alaton for the 2004 book Designers on Designers, decorator Marjorie Shushan—a protégé of Alaton’s, and one of his closest friends—marveled over his subtle use of color: “The terra cotta of the tile floor would be echoed in a velvet pillow skipped over to a costume in an 18th-century portrait traveling to a dish of Turkish apricots; the color sienna never looked so delicious.” 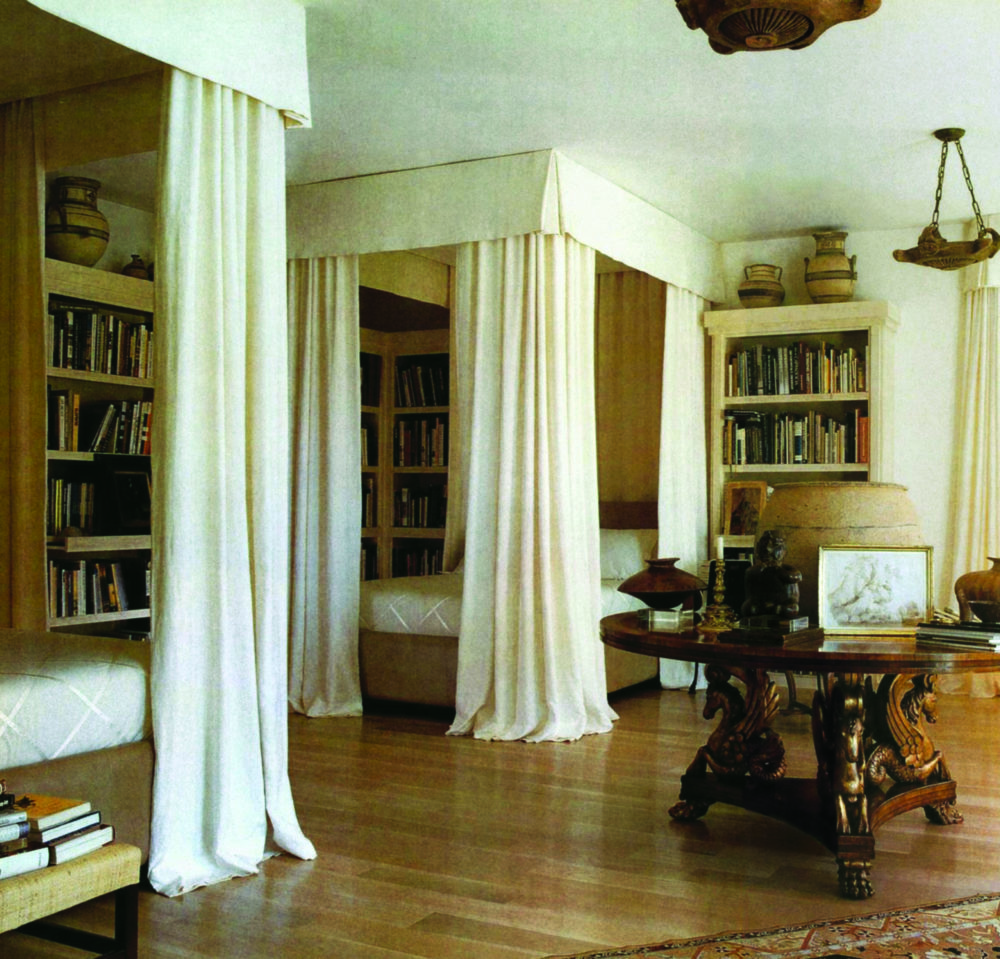 In his own honey-hued bedroom in Los Angeles, Alaton used a series of freestanding and built-in bookcases to display objets from his dazzling diverse trove.John Vaughn

“Design was fun for him, a higher art,” says Keith Brownfield, who worked as a draftsman for Alaton and is now director of interior architecture at Hallberg’s firm. One day Alaton instructed his limo driver to bring him and Brownfield to Richard Hallberg’s showroom on Melrose Avenue. “When we got there, he sat down and started pointing around, saying, ‘I’ll take that, and that,’” Brownfield remembers. “Later he confessed that he didn’t know where he’d put any of it, but that all of it was beautiful, and that it was important to support others in the design community.”

But what is this about a driver and limo? Didn’t Alaton drive a Volkswagen bug?

“He had both!” Brownfield exclaims. “Two extremes. The limo for important things, the VW for zipping around town. That was Kalef. Forever practical and flamboyant at once.” Or, as Shushan put it in her essay: “Nothing was ever ordinary for Kalef. He was always striving to do something different, something challenging, something that separated him from others. Kalef was unique and truly magical.”