The Most Beautiful Roadside Stops You’ll Ever See 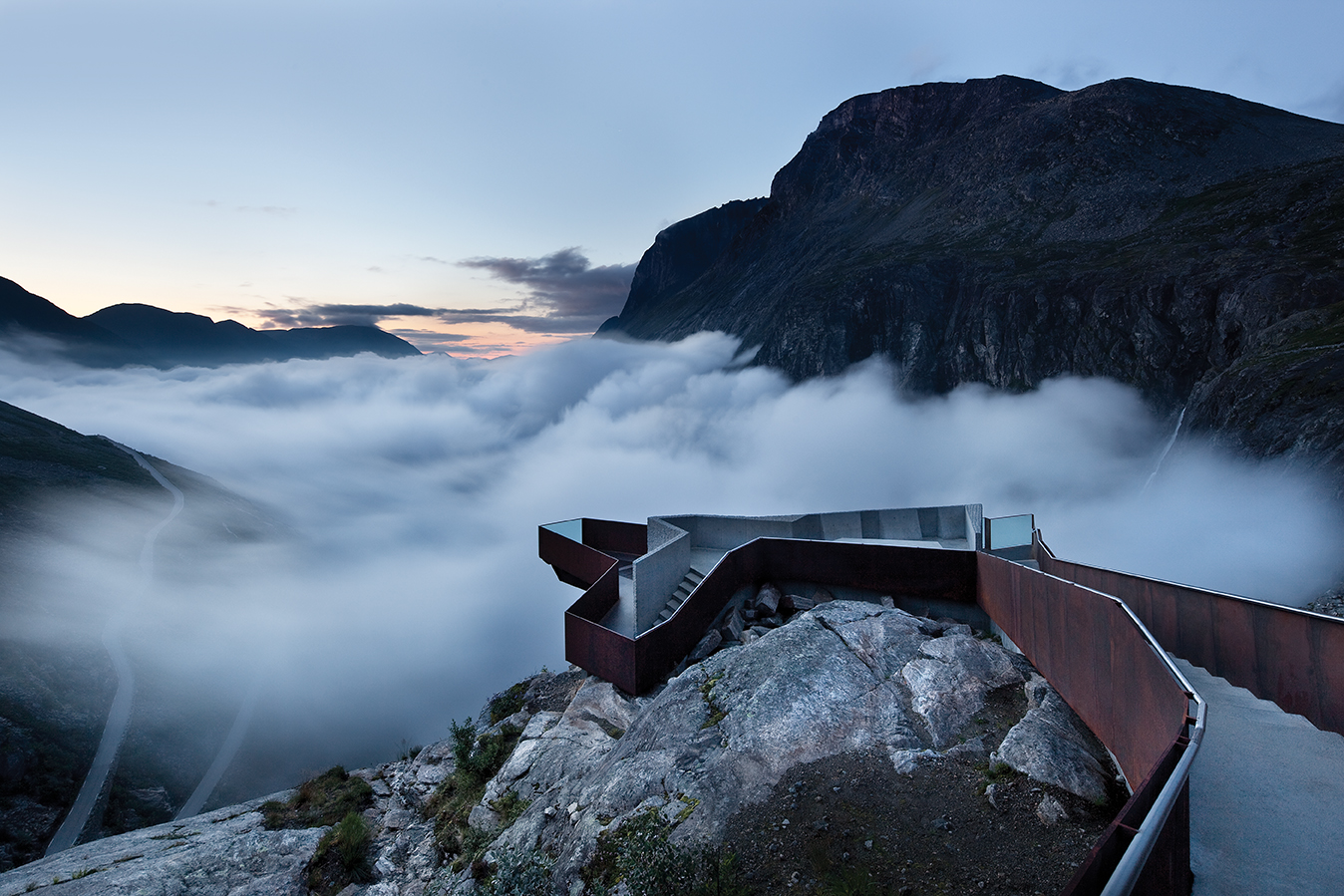 The need for functional new pit stops along the roads that thread through Norway’s sublime untamed landscape could have been a man-vs-nature debacle. Instead, the modern outposts form an alchemical mix with their surroundings, heightening nature’s extremes in a way that feels as profound as sunlight after an extended darkness. Join us as we head on a virtual drive along Norway’s National Scenic Routes.

Along Europe’s northernmost coast, where jagged alpine mountains plunge into roiling arctic seas and white beaches shine beneath the sun, lies one of the world’s most stunning public works programs. Over the past two decades, more than 200 projects have been commissioned by the Norwegian government for its 18 National Scenic Routes transforming prosaic public restrooms and picnic areas into majestic landmarks.

The investment—to date, $500 million—was intended to strengthen faltering rural communities, but it has also vaulted Norwegian architects to wider renown and helped distinguish the country’s design scene from its better-known Finnish, Swedish and Danish neighbors. Aside from Peter Zumthor—who has built two of the spots, one in collaboration with Louise Bourgeois—all the architects so far have been native daughters and sons. Small in scale, the structures have the brilliant, gem-like effect of inviting road-trippers to reflect more intently on where they are. 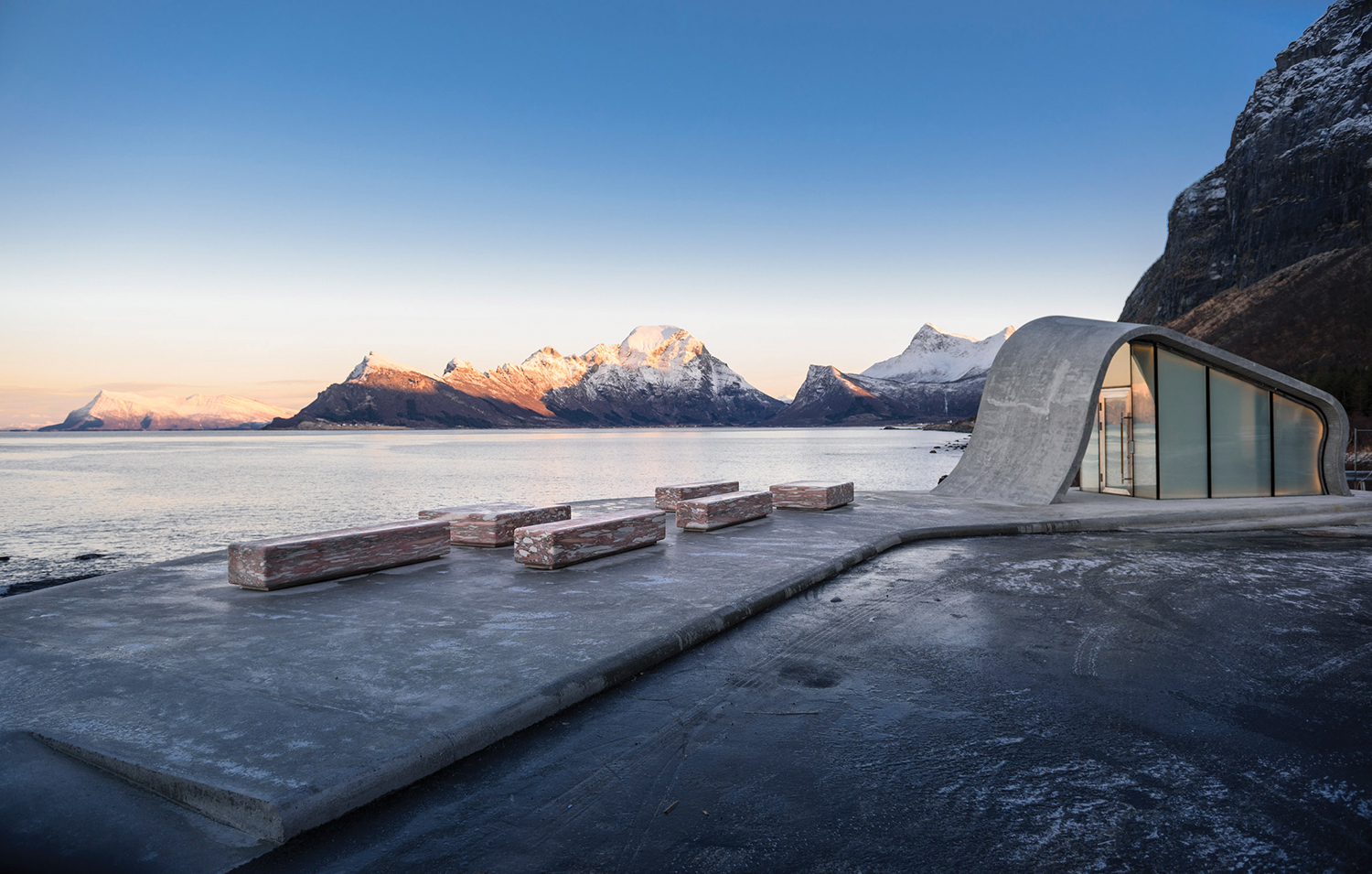 The gentle wave of Haugen/Zohar Arkitekter‘s poured-concrete pavilion flows into a viewing terrace dotted with benches hewn from local marble. A set of amphitheater steps rolls down to the pebble shore, creating seats for the many visitors who come to the area to watch two of nature’s greatest shows on earth: the midnight sun and the northern lights. In the dark, the frosted glass walls of the pavilion glow like a beacon. 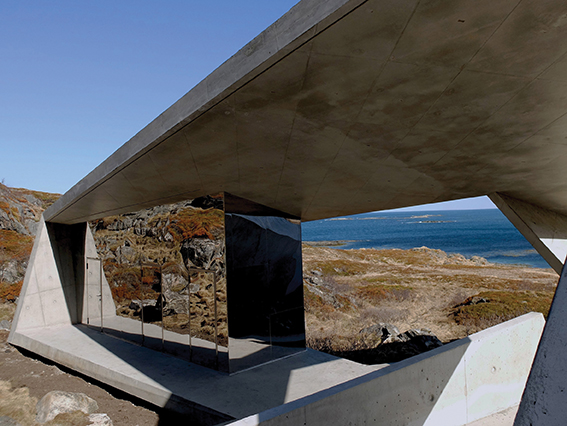 Reflecting the landscape, the mirrored walls of Morfeus Arkitekter‘s rest stop seem to melt into the land. Inside, the mirrors are revealed to be one-way glass, providing expansive views of the mountains and sea. Built on an ancient site that’s sacred to the indigenous Sami people, part of the complex is also used for open-air religious services. 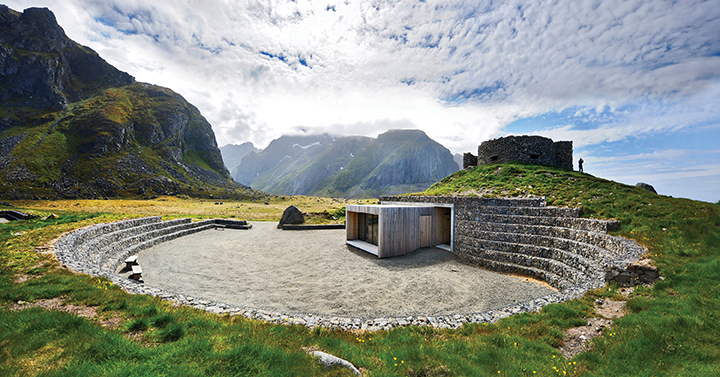 Native firm Snøhetta, which has won international acclaim for buildings such as the Oslo Opera House, made a monument to place with this amphitheater and rest stop. Created with local stones and driftwood collected from the beach just a few hundred meters away, it poignantly echoes the fort on the hill, used by occupying German forces during WWII.

Reiulf Ramstad is known in Norway as a master of concrete construction. His cantilevered steel-glass-and-concrete overlook hovers mystically above the Trollstigen Road, which evocatively translates to “troll’s path” and has more twists and hairpin turns than a game of Chutes and Ladders.

On the windswept island of Moskenesøy, Oslo-based architecture firm Manthey Kula created a weighty Corten steel structure to replace one that was blown away by forceful gusts. Outside, the roofline mimics the surrounding jagged peaks, while from the inside it forms soaring cathedral-like spaces. 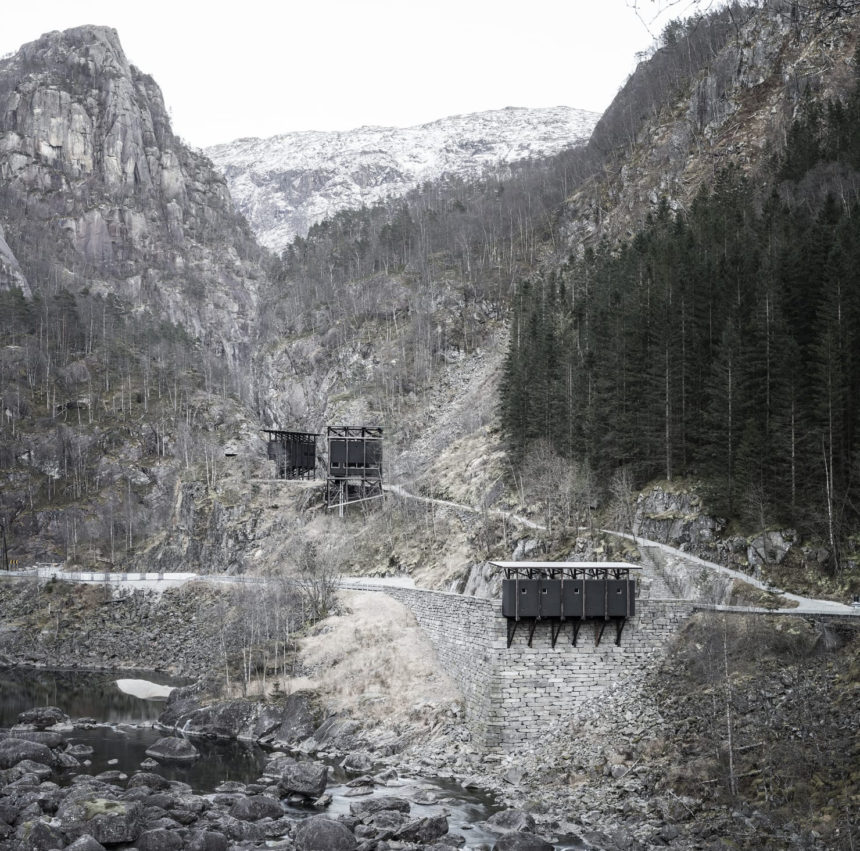 Pritzker Prize winner Peter Zumthor designed a series of structures that cling to the land. The simple, pared-down buildings, corrugated zinc roofs and timber-scaffolding supports speak eloquently to the abandoned 19th-century zinc mines nearby and the difficult lives of the miners who worked them. The complex includes a cafe, restrooms and a museum filled with mining tools. 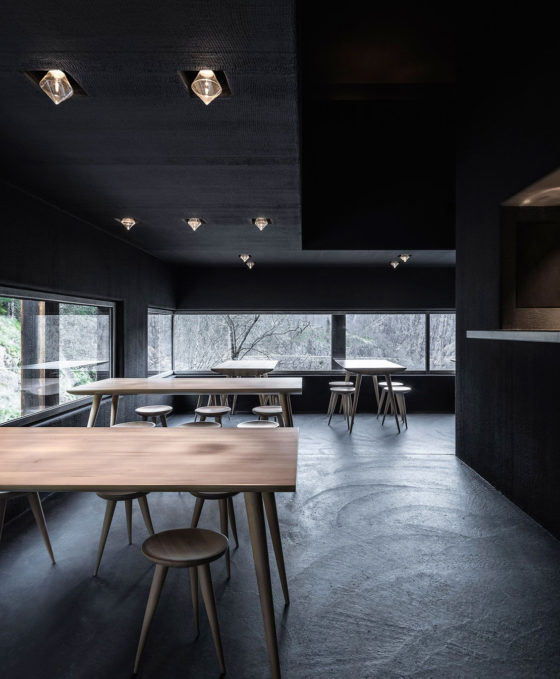 The theatrically lit black-box interior cafe, where every item is custom made and unique to the site.

Set against a snow dusted peaks high above a fjord, this viewing platform by Tommie Wilhemsen and Todd Saunders makes for a dramatic stop.Bent Rene Synnevag

Together, Norwegian designers Tommie Wilhelmsen and Todd Saunders dreamt up this elegantly minimalist swoop. The pine-clad steel viewing platform—more than 2,000 feet above the ground—ends in a glass panel that angles out over the fjord, not only creating a dramatic frame for the landscape but also the feeling that you’re floating into nature.