Our Insiders’ Guide to the Bronx 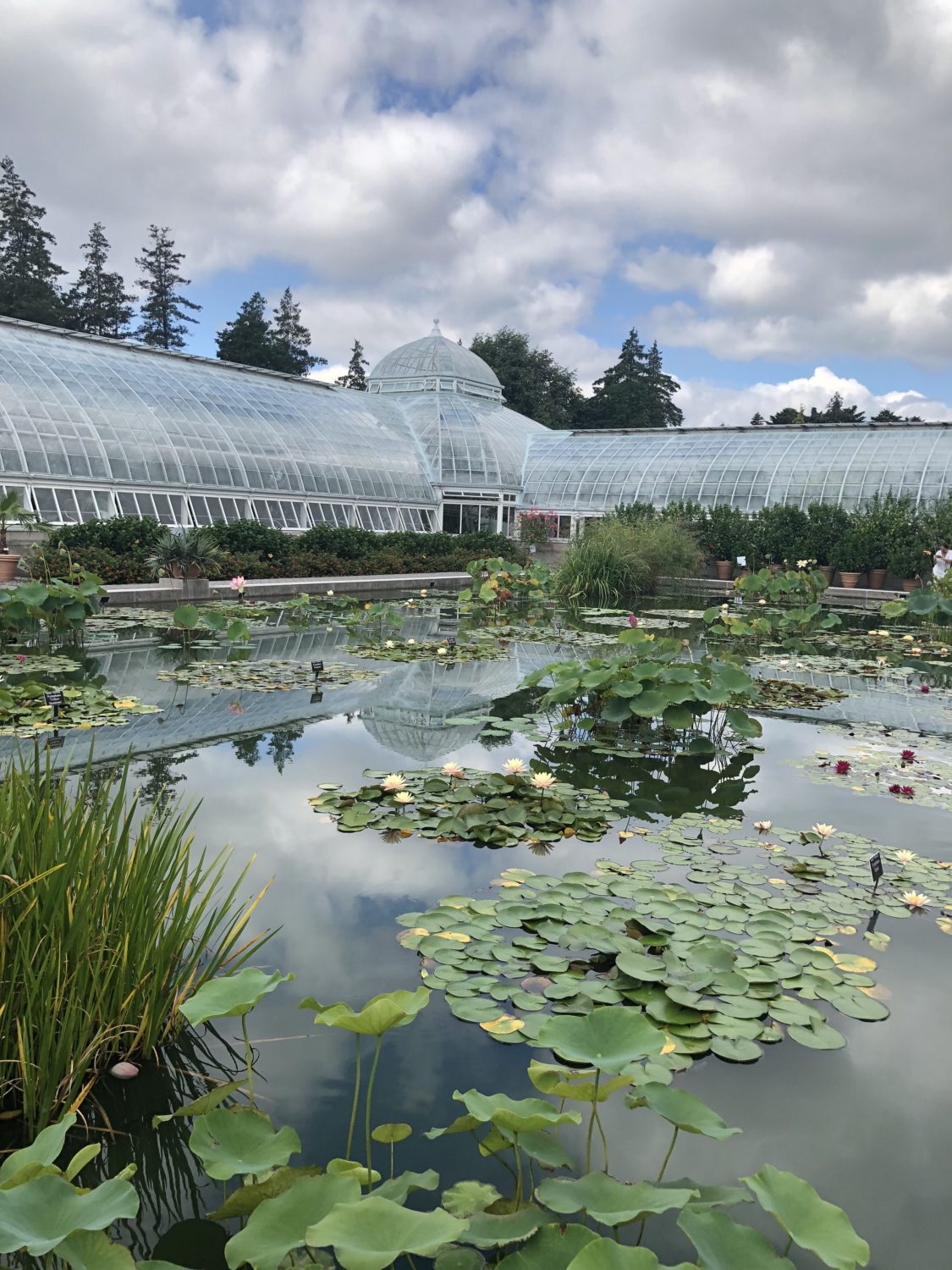 Two of the Bronx’s savviest, most stylish residents are also part of our very own Schumacher crew: Dara Caponigro, our Creative Director, and Stephanie Diaz, our Art Director. And they’ve divulged for us the borough’s coolest don’t-miss spots. 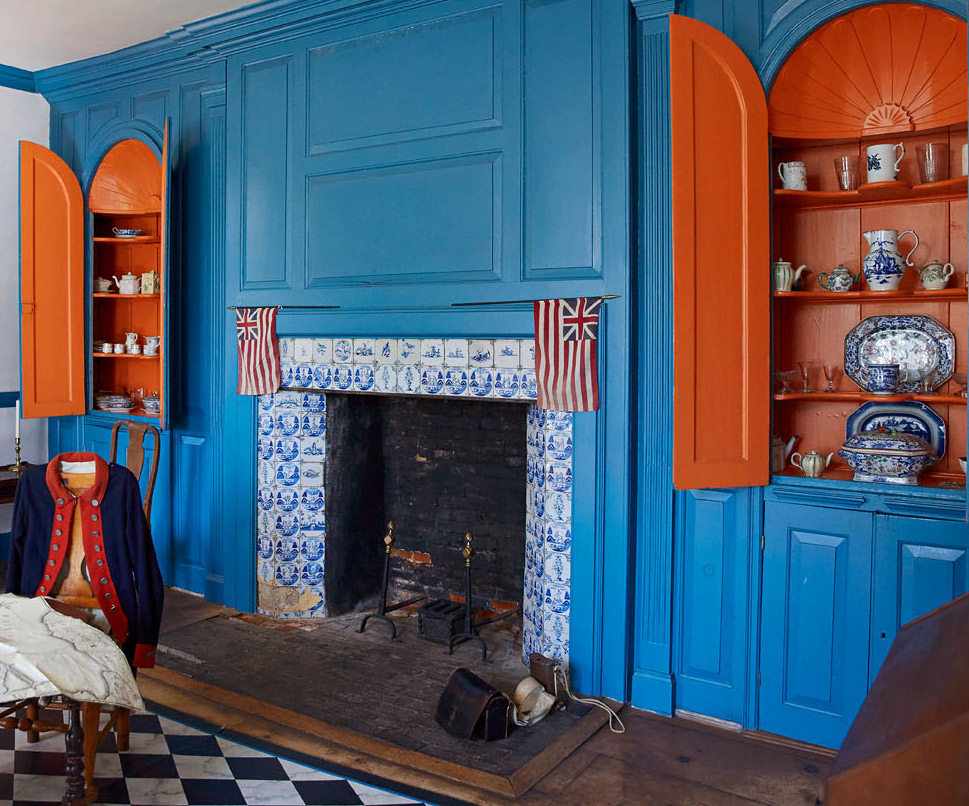 Dara Caponigro: The smallish Van Cortlandt House Museum sits in Van Cortlandt Park, which is slowly but surely experiencing a resurgence through organizations such as the Van Cortlandt Park Alliance (similar to the Central Park Conservancy). The Van Corlandt House is the oldest surviving house in the Bronx and dates to 1748. I could move right in! It has a purity and proportion that is hard to come by along with antiques that are original to the house. The best part is that no one goes. You’ll have the place all to yourself! 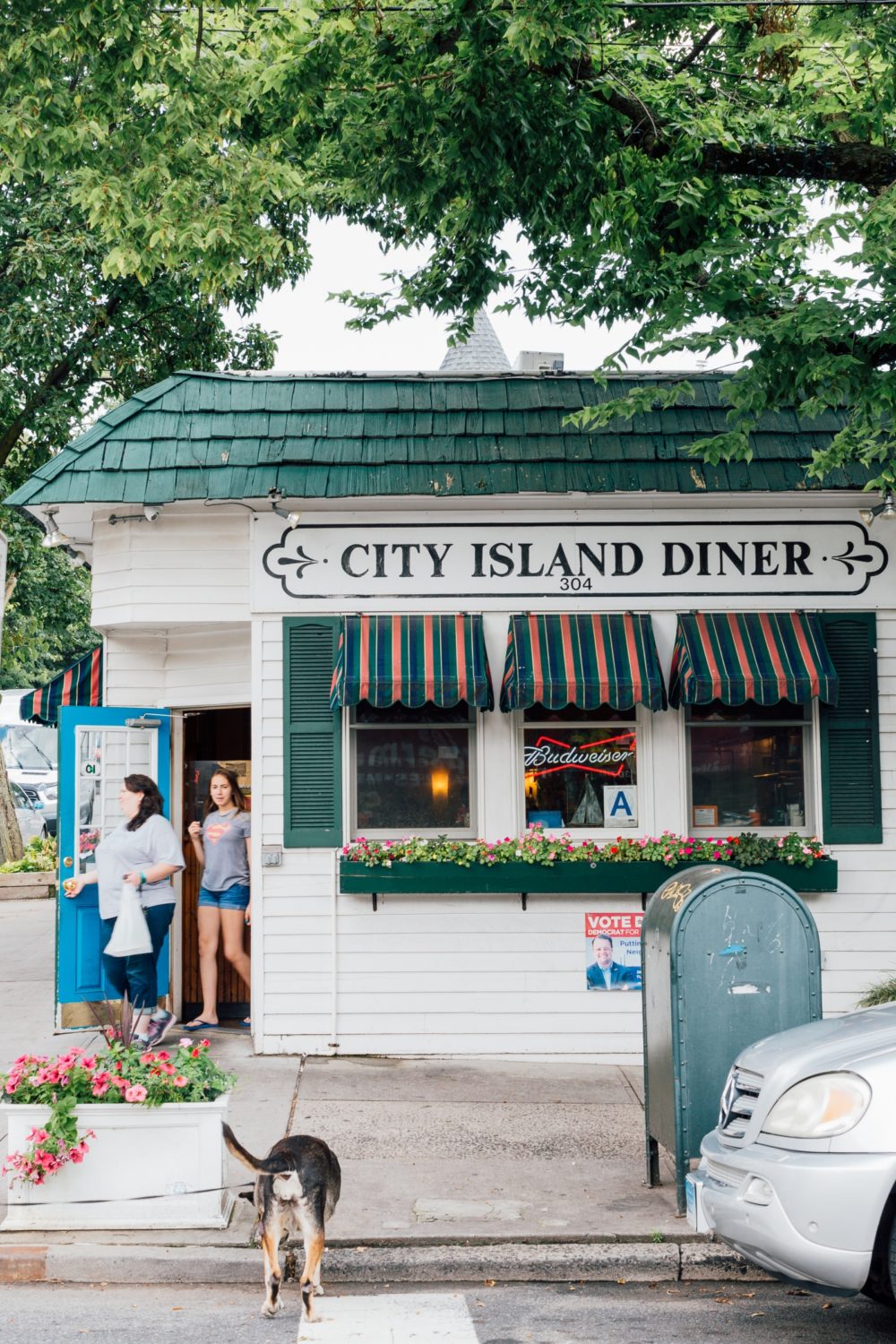 Stephanie Diaz: City Island is a quaint 1.5-mile-long island that can easily be walked from point to point. It’s been one of my favorite places since I was young, and it’s the perfect day-trip destination. When I cross the bridge onto City Island for the first time each year, I know that summer has officially begun. Once you’re on the island, you don’t feel like you’re in New York City anymore. It’s full of old Victorian homes and great restaurants—one of my favorites is Johnny’s Reef Restaurant, a cash-only joint for fresh seafood. 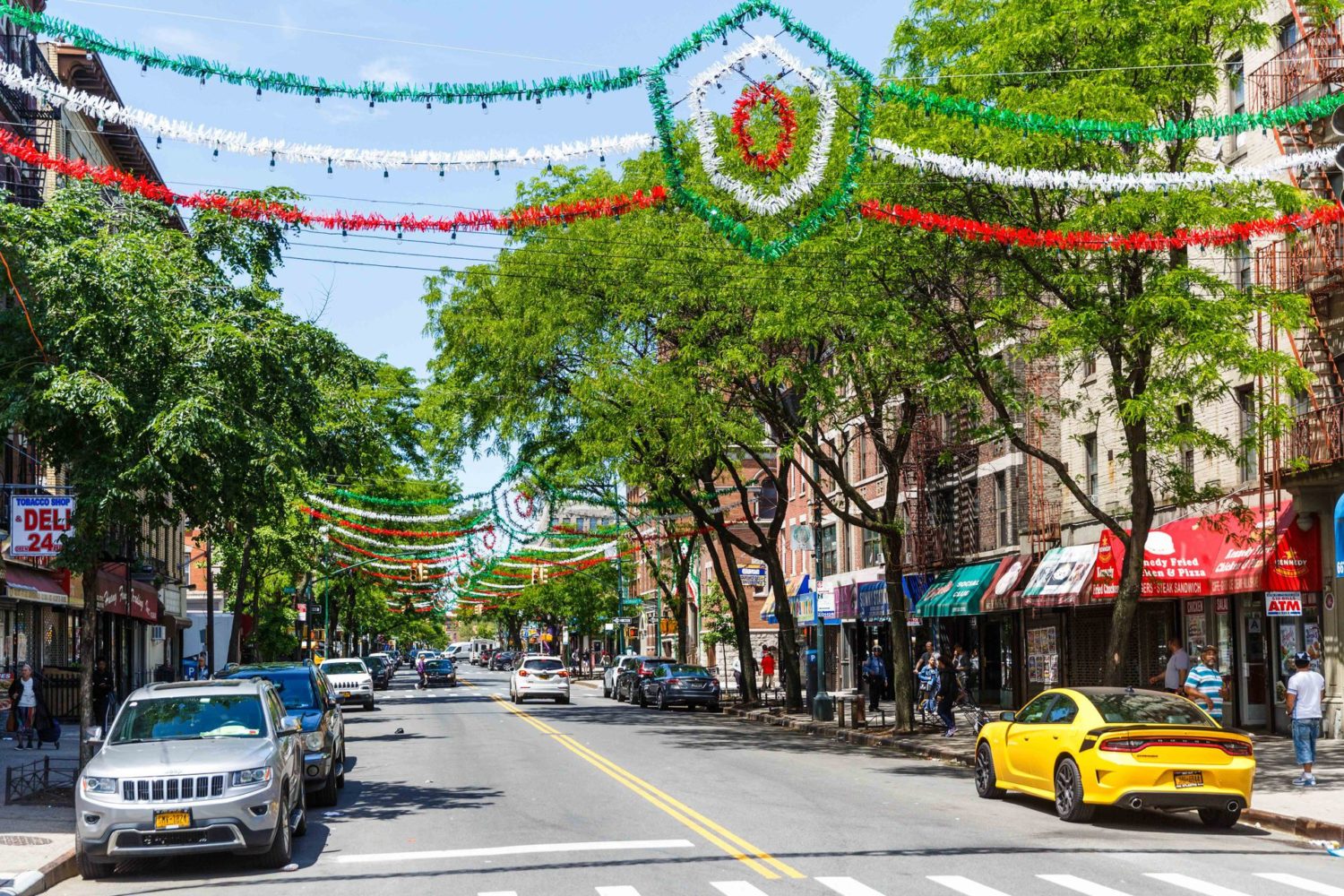 SD: Arthur Avenue is also known as New York City’s “real little Italy.” What’s not to love? It’s filled with amazing, authentic Italian food. Ever since I was a little girl, I’ve loved strolling through and grabbing a quick slice of pizza at Cafe al Mercato. Another go-to for dinners with my family is Zero Otto Nove—walk through the dark, narrow hallway to the atmospheric main dining room, which looks like an Italian village courtyard. The food is amazing!

DC: Even though my Italian-American parents live 45 minutes away, they still do a bulk of their food shopping on or near Arthur Avenue. Here’s their crib sheet: Go to Casa della Mozarella for mouthwatering mozzarella that’s made fresh daily, and family-run Borgatti’s Ravioli & Egg Noodles (cash only) for its old-school atmosphere and homemade pastas. Terranova Bakery has excellent casa (house) and pizza bread, and at Vincent’s Meat Market, ask for their super-thin chicken cutlets to make at home. At Teitel Brothers, buy Don Luigi extra virgin olive oil (according to my mother who is an amazing cook, it’s the best!). For restaurants, Tra da Noi is my parents’ favorite—it’s a hole in the wall owned by a cute couple, she helps manage the place and he’s the chef (he used to be Sophia Loren’s private cook!). When I was a kid, Dominicks was our go-to Arthur Avenue spot. My parents say it’s not the same since Dominick died but there are still lines out the door.

SD: F&J Pine is an Italian restaurant on Bronxdale Avenue, and it’s a tradition in my family to celebrate our birthdays there. It covers an entire city block and has a massive dining room and back garden. We’re huge Yankee fans, and when I was younger F&J was a place where Yankees players were known to stop by for dinner. It was always so exciting to see them! Tlaxcalli, in Parkchester, is great for authentic Mexican food. It’s small and can get crowded, but it’s one of my go-tos. 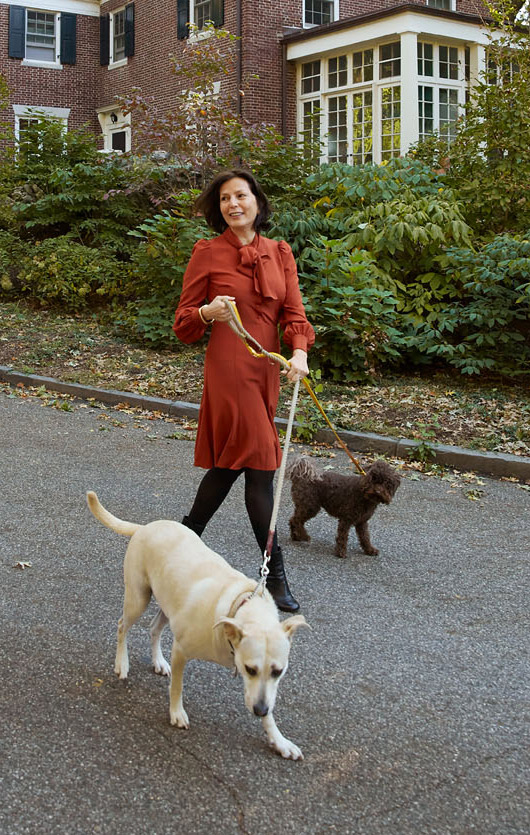 Dara Caponigro in her neighborhood, Fieldston.

DC: My neighborhood, Fieldston, got its start in the early 1900s when landscape mega-talent Frederick Law Olmsted laid out the bucolic streets and architectural genius Dwight James Baum created most of the houses, all of which sit on individual or double lots. No two houses are alike, and they range in style from Mediterranean to Georgian to Dutch Colonial. Some of them are as large as 20,000 square feet, and no one can believe it’s actually inside the New York City limits! The neighborhood is anchored by three prestigious private schools where many Manhattanites go: The Fieldston School, Riverdale Country School and Horace Mann. After living in Manhattan for 35 years, my husband and I were ready for a change. What attracted us to Fieldston is that the neighborhood is landmarked (thank God, no McMansions allowed!), and it’s the last stop on the #1 train, so we can ride the subway into Manhattan rain or shine. We love that it’s become our new epicenter from which to explore.

SD: The New York Botanical Garden is a short walk from where I live, and I don’t go as often as I should these days, but it was a huge part of my childhood. It’s an enchanting, 250-acre escape, and every time I walk through I feel transported. There are all kinds of seasonal exhibitions throughout the year, a farmers’ market is held on the grounds every Wednesday, and the complex contains 50 different gardens and plant collections. The rose garden is particularly beautiful. 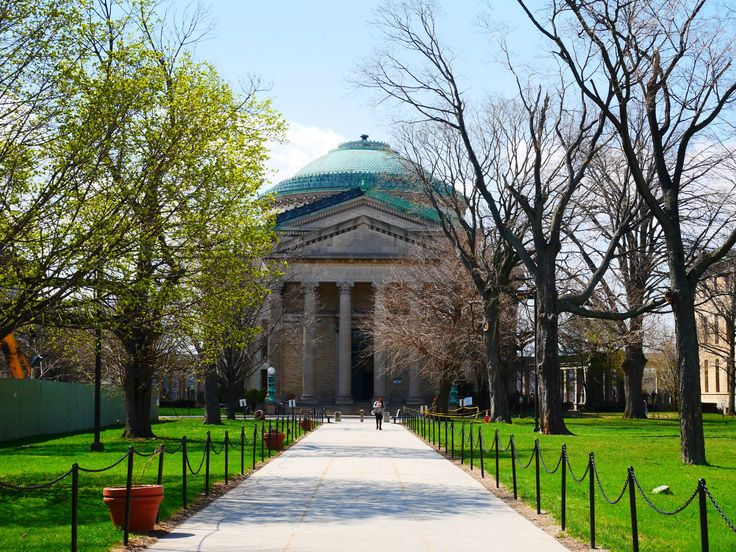 Courtesy of the Greenwich Village Society for Historic Preservation

DC: Gould Memorial Library is on the lovely campus of Bronx Community College, which was formerly the Bronx campus of NYU. Some critics think this library is Stanford White’s greatest work. Sadly, you can’t go in because it’s in desperate need of repair, but it’s worth the trip nevertheless, and another jewel by White sits directly behind it: The Hall of Fame for Great Americans, which is an open-air sculpture gallery featuring busts of famous American men and women. 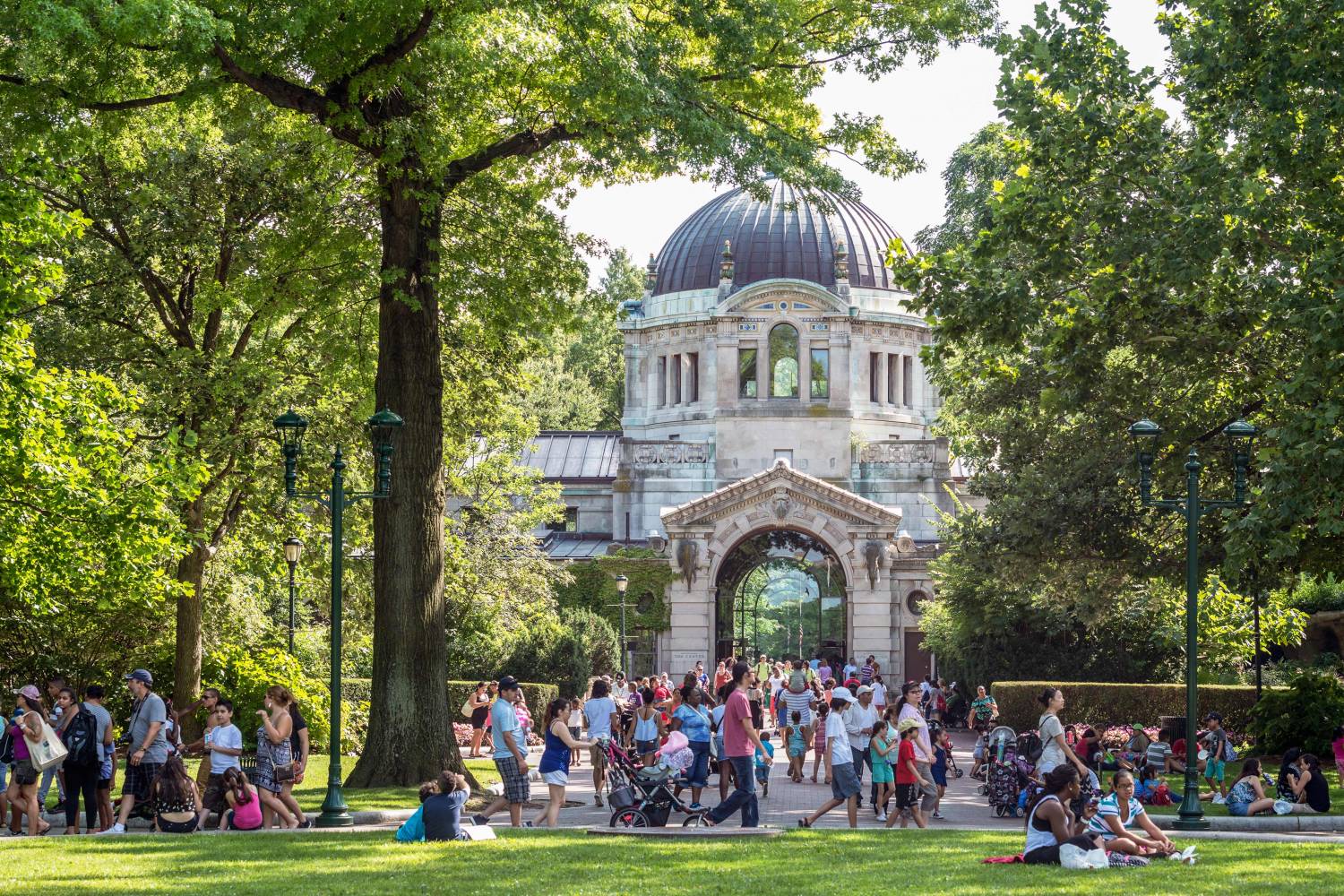 Courtesy of The Bronx Zoo

SD: The Bronx Zoo is amazing, and huge. It’s comprised of park lands and naturalistic habitats, with the Bronx River winding through the middle of everything, and there are 6,000 animals. The Congo Gorilla Forest, especially, is something to see. I don’t think I’ve ever walked the whole zoo in one day. It’s open year-round and there are always great exhibits to check out. One of my best childhood memories was visiting the zoo each winter when it would stay open late and be decorated for the holidays. We would walk through the paths lit with lights, and it was magical. They stopped doing the holiday lights for about 10 years, but they’re bringing them back this year, starting on November 21st. 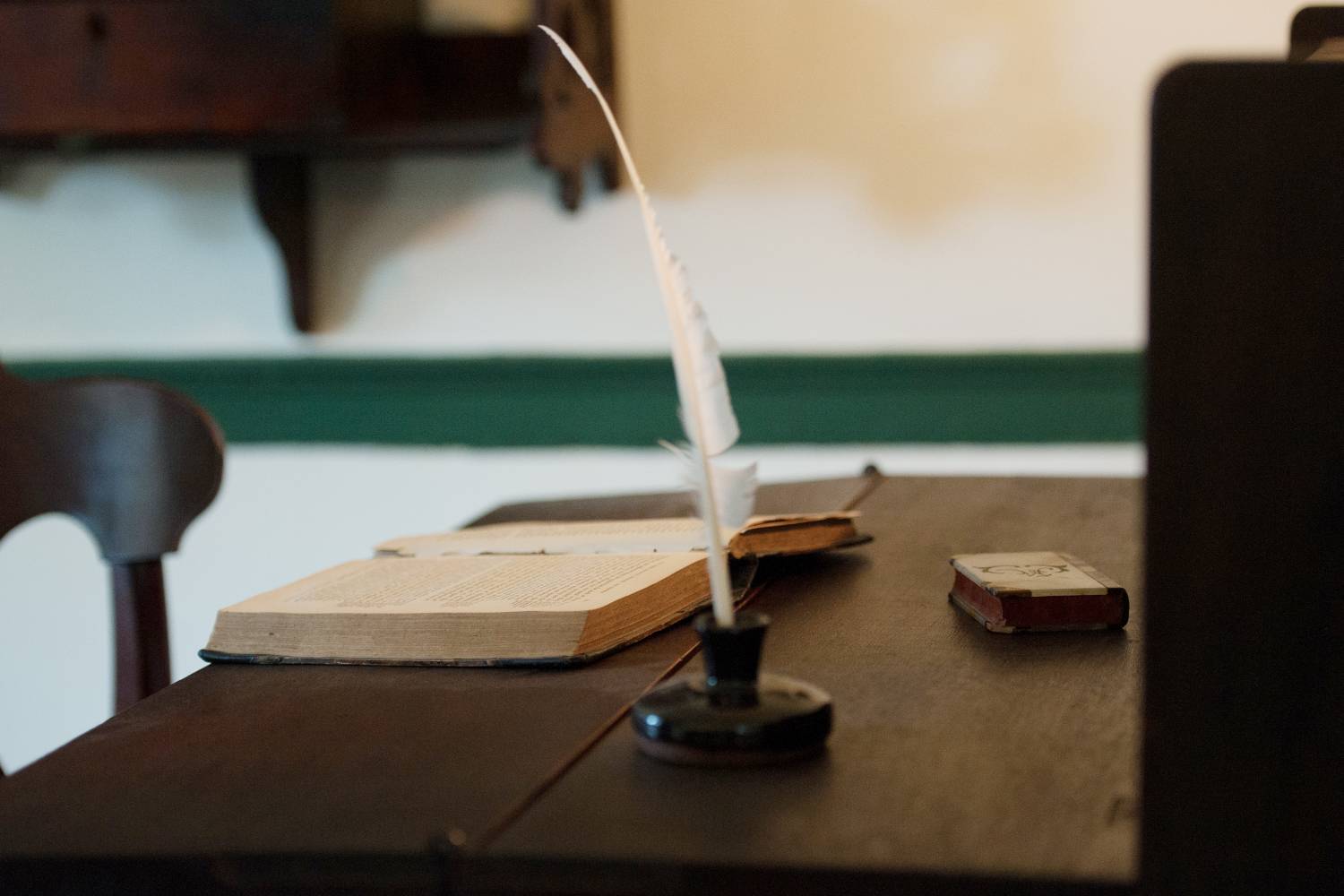 DC: When Poe lived here, the area was still countryside, but now the teeny tiny Edgar Allan Poe Cottage is in the midst of a bustling park in a very urban neighborhood. It definitely has the spirit of its former owner—a haunted, forlorn quality that’s palpable.

SD: I first visited this historic house with my high school English class. There’s so much history here. The little 19th-century structure is located near Kingsbridge Road and Grand Concourse, and Poe lived and worked there from 1846 to 1849. Poe wrote some of his most famous works in the cottage, including Annabel Lee and The Bells.Visitors can stop by for audio or guided tours. 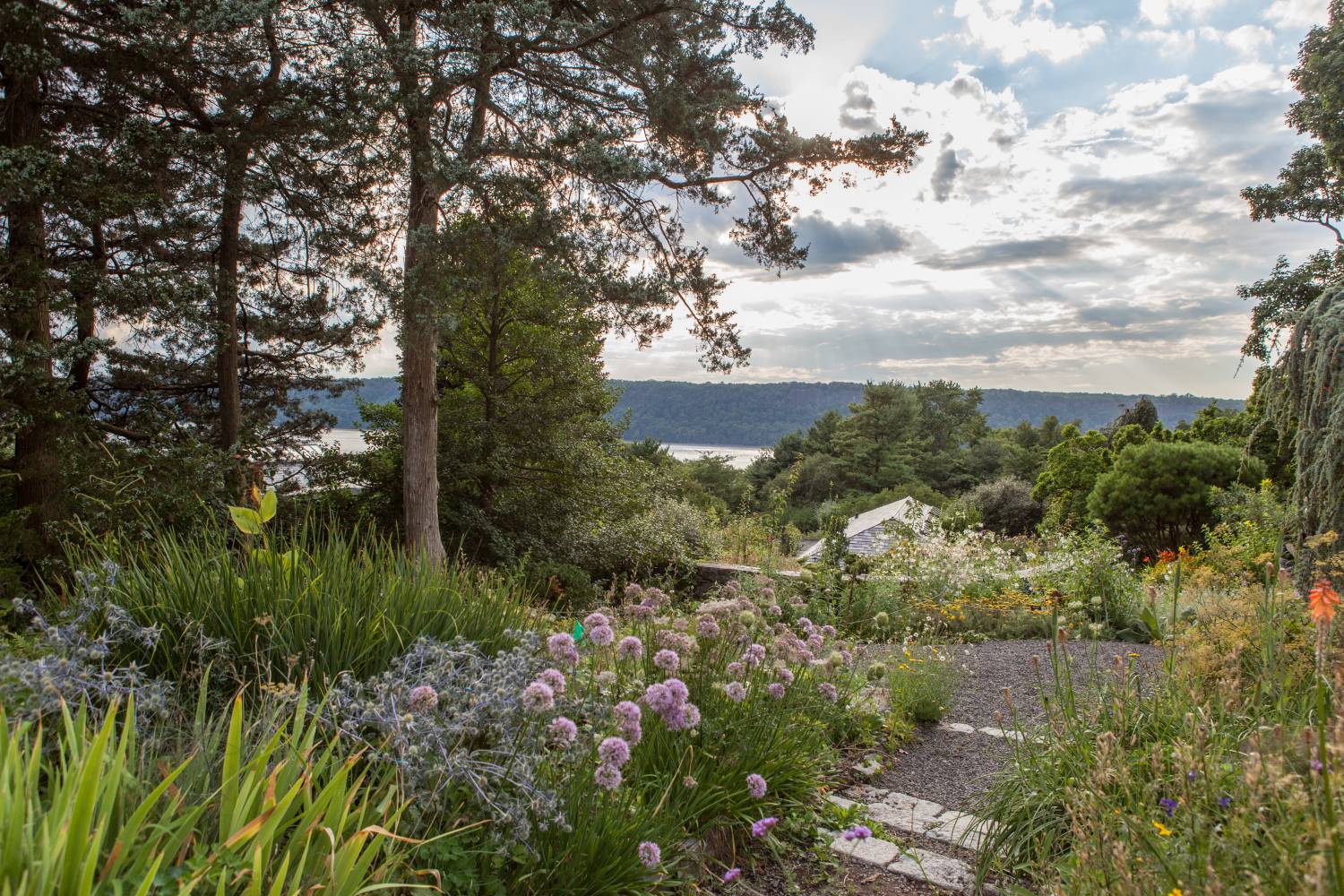 DC: A magical public garden not far from my house, Wave Hill overlooks the Hudson River and the Palisades. You can walk along the trails or have a casual lunch on the veranda of the formerly private mansion.  Plus, there are many activities: musical performances, art exhibitions, even summer yoga out on the lawn. 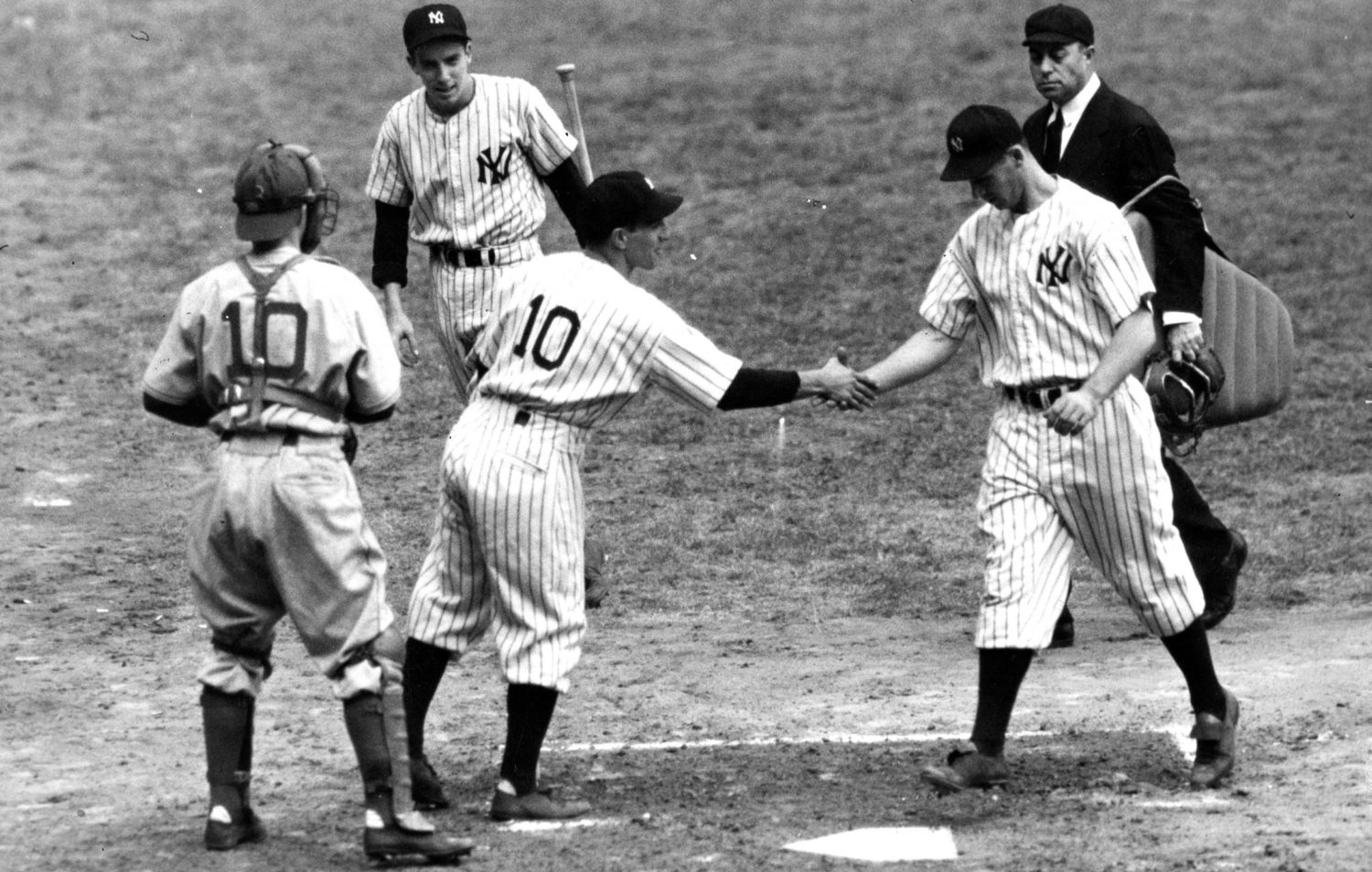 Courtesy of National Baseball Hall of Fame and Museum

SD: The Grand Concourse was New York City’s response to Paris’s Champs-Elysées. I’ve driven on this five-mile-long roadway so many times that I forget how much history it has. Living along it used to be extremely prestigious, and one of the things you pass is the Andrew Freeman House, which was built in 1924 for a self-made millionaire and is surrounded by loads of trees, and now hosts cultural events. And nearby are the new Yankee Stadium and Heritage Field, which is on the site of the original House That Ruth Built. I was sad that they tore down the old Yankee Stadium to create the new one, but the baseball diamond at Heritage Field allows young players to play ball on the same grounds as Babe Ruth. 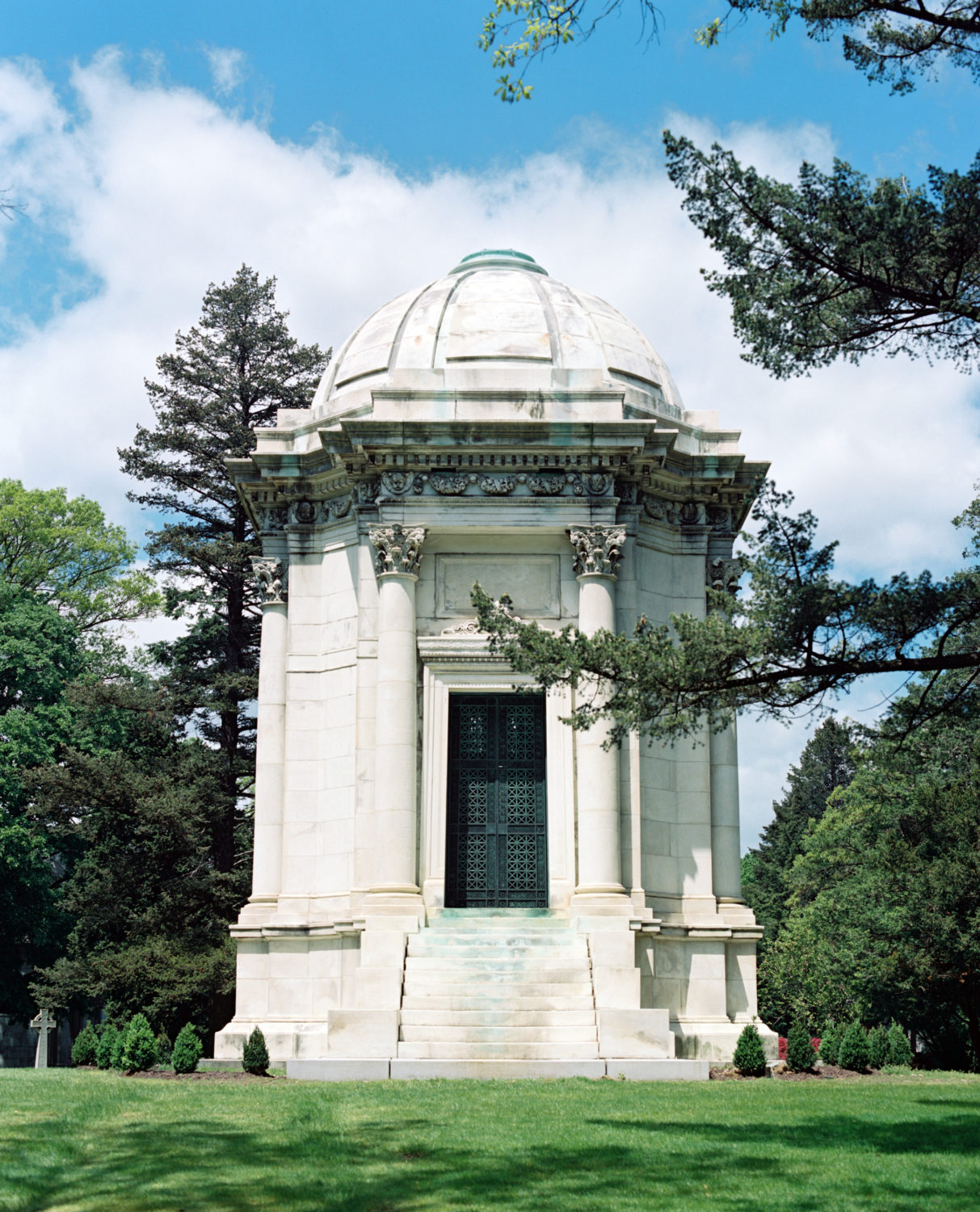 DC: One of the world’s most interesting microcosms of late 19th– and early 20th-century architecture is at Woodlawn Cemetery, which has thousands of extraordinary mausoleums, many of them built by Gilded Age robber barons. I discovered Woodlawn thanks to my husband, David Steinberger, who gave me a private tour of the place as a birthday present a couple of years ago (thanks, David!).