Flamestitch: The History Behind the Chic Motif 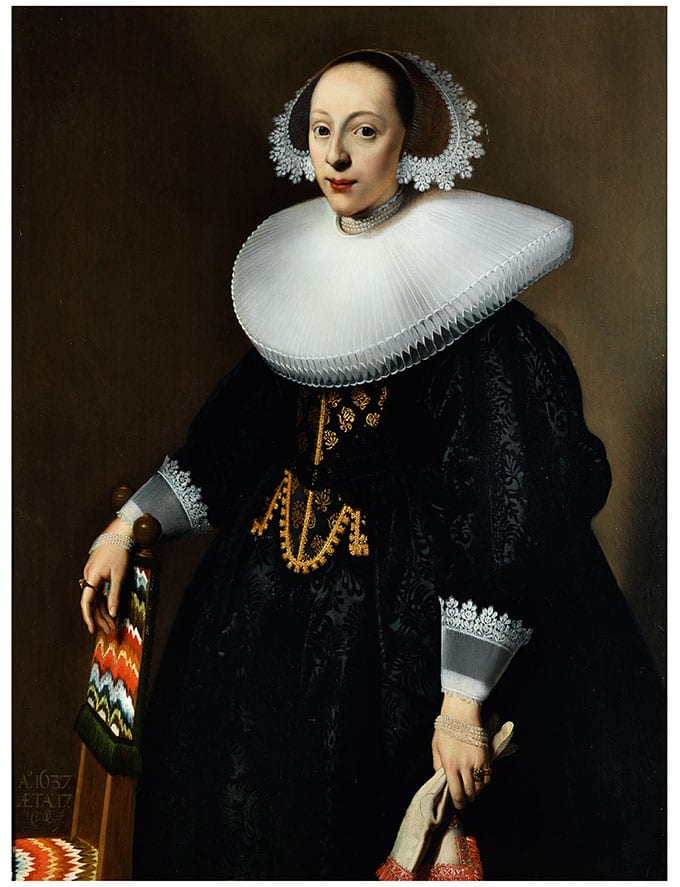 Historical textiles expert Jill Lasersohn has amassed one of the country’s most significant collections. She expounds on the eternally chic flamestitch motif, an all-time favorite of hers, and what’s behind its enduring appeal.

A flamestitch-covered chair in part of a pair of marriage portraits by dutch painter wybrand de geest in 1637. Hampel Fine Art Auction

In my 25 years of collecting, I have only uncovered seven flamestitch documents. They are hard to find. The moths love the wool; the sun absorbs the threads’ colors; and humidity, temperature and improper storage can be even more bruising. I cherish my pieces and keep them in good care. 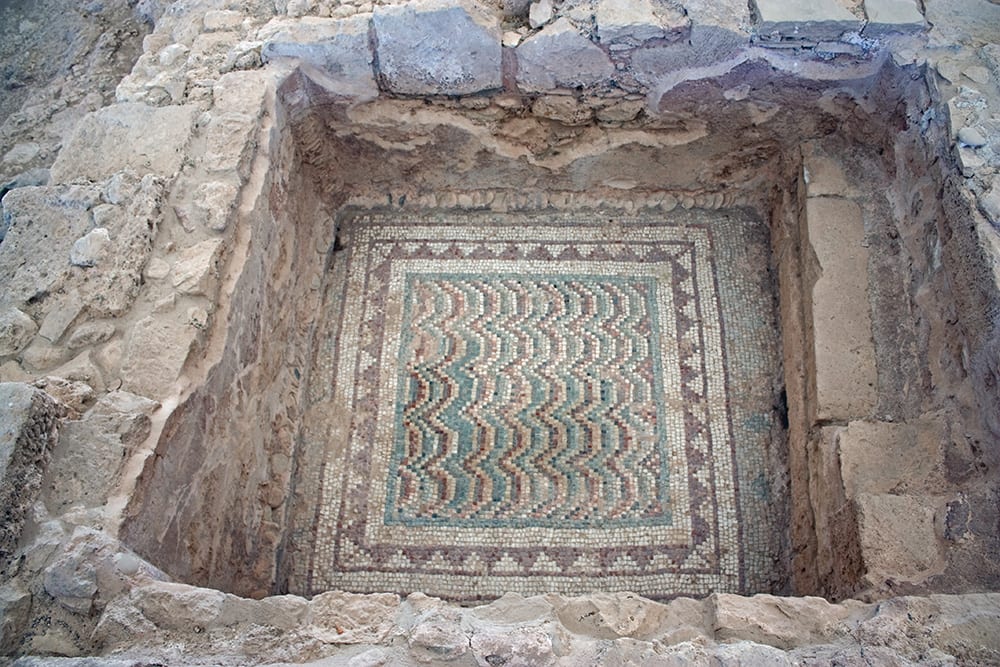 Zigzags on a mosaic-tile floor in an ancient Greek villa that dates to the 5th-century b.c. 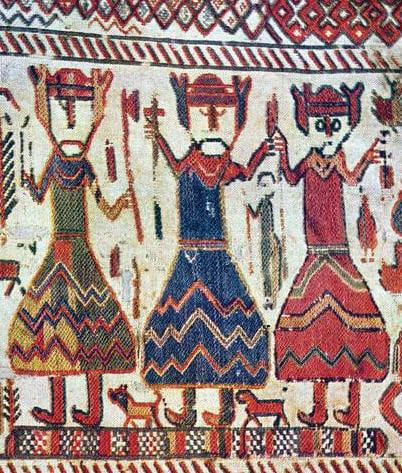 The Skog tapestry, from 12th-century Sweden, documenting Scandinavian monarchs soon after the region’s conversion to Christianity.

Do a little digging into the pattern’s origins, and a variety of terms arise—bargello, Irish stitch, point de Hongrie, Florentine stitch. I choose to call it flamestitch because it describes exactly what it is, and since we cannot say for certain the origins of this pattern, the other names are just as confusing. 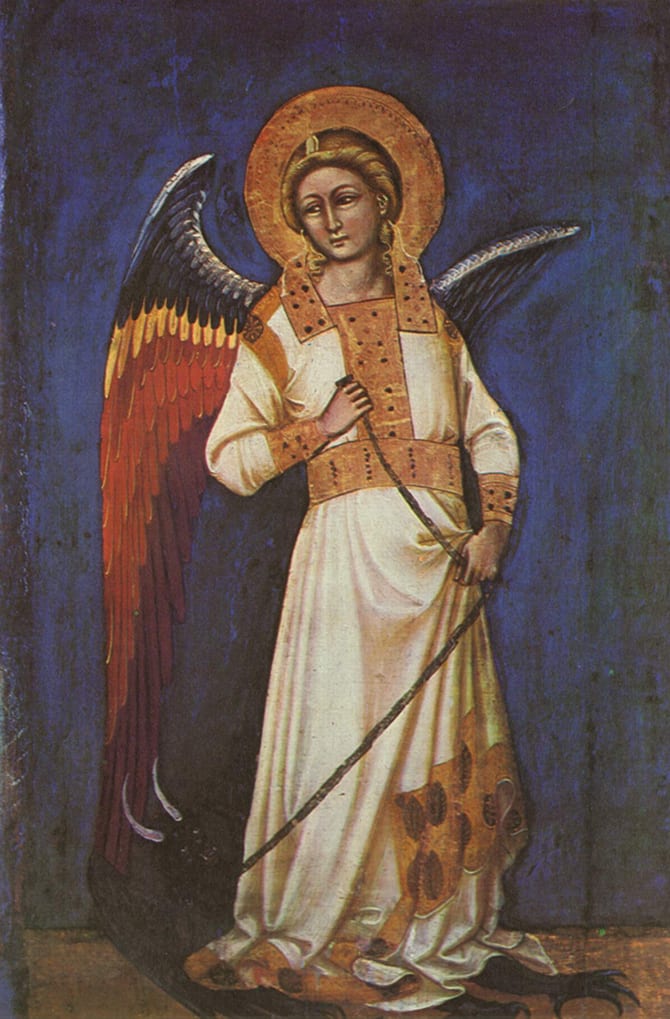 One of several tempura panels of the Archangel St. Michael, all with flamestitch-like wings, painted by Guariento di Arpo in Padua, Italy, in the 1300s.

One thing is certain: a fondness for the general zigzag shape goes back millennia. The ancient Greeks decorated their villas with it, and medieval homeowners swept their floors into chevrons. Flamestitch as we know it probably first emerged in Italy in the 1600s, and may have been the result of a Hungarian princess marrying a Medici, bringing with her the decorative tradition of a jagged embroidery stitch (point de Hongrie), which soon merged with the existing straight or “brick” stitch to produce the animated, variegated motif. It’s also posited that flamestitch reached Western Europe via the Silk Road, as ikats became more accessible and influential. 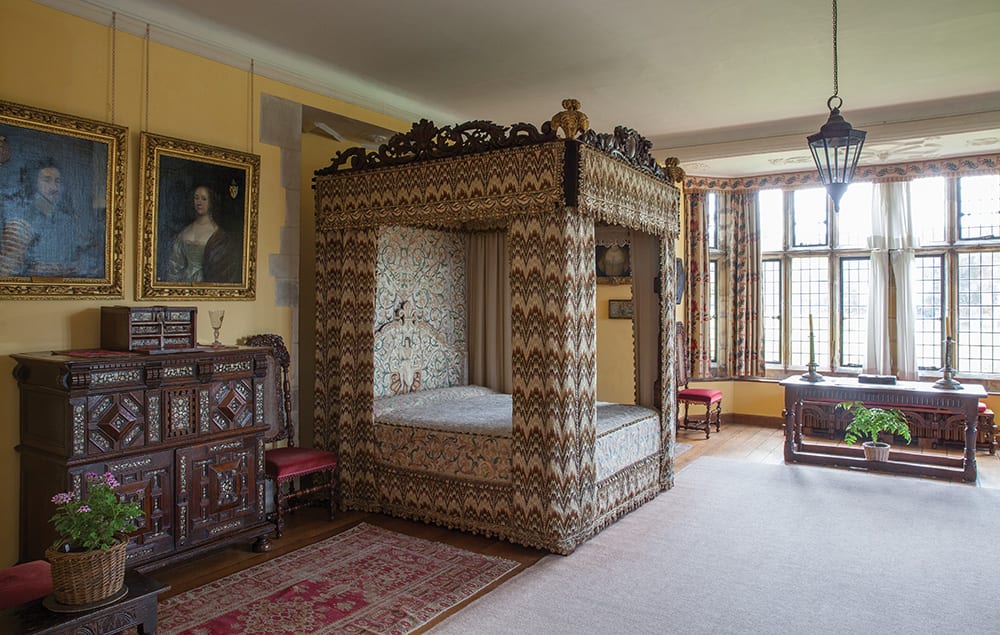 At England’s Parham house, the great chamber’s extant 1620 flamestitch bed hangings are among the earliest surviving examples of the use of the pattern in interiors. Elizabeth Zeschn, Parham House & Gardens

Large-scale production of the embroidered pattern soon blossomed in France, and woven versions of it were also popular. Believe it or not, it was men who were almost solely responsible for the handiwork required to meet commercial demand for flamestitch yardage. At home, women of all classes turned out pieces incorporating the motif. Empress Maria Theresa, the mother of Marie Antoinette, was an avid fan—examples of her work survive in the Hungarian National Museum. At first, flamestitch textiles were employed primarily for interiors, but gradually the usage of them for fashion accessories became more pronounced. 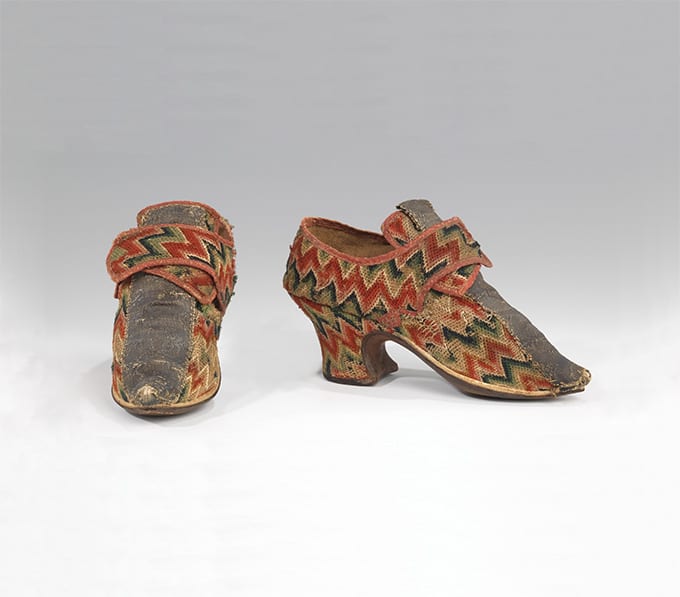 Fashionable women’s shoes circa 1700-1729 are covered heel to toe in embroidered flamestitch.

One of the hallmarks of flamestitch is its gradation of colors. Some examples include as many as 20 different hues. It is the Aurora Borealis of the textile world. Imagine the 17th-century home, the only minimal light coming from candles—you can understand how these exciting patterns and colors would have added life and cheer.