In 1955, architecture titan Frank Lloyd Wright created a collection for Schumacher that dazzled the design world. Fast forward to today: his iconic patterns designs plus brand new designed based on the maestro’s archives are in production once again. And these three designers put their own singular spin on the extraordinary fabrics. 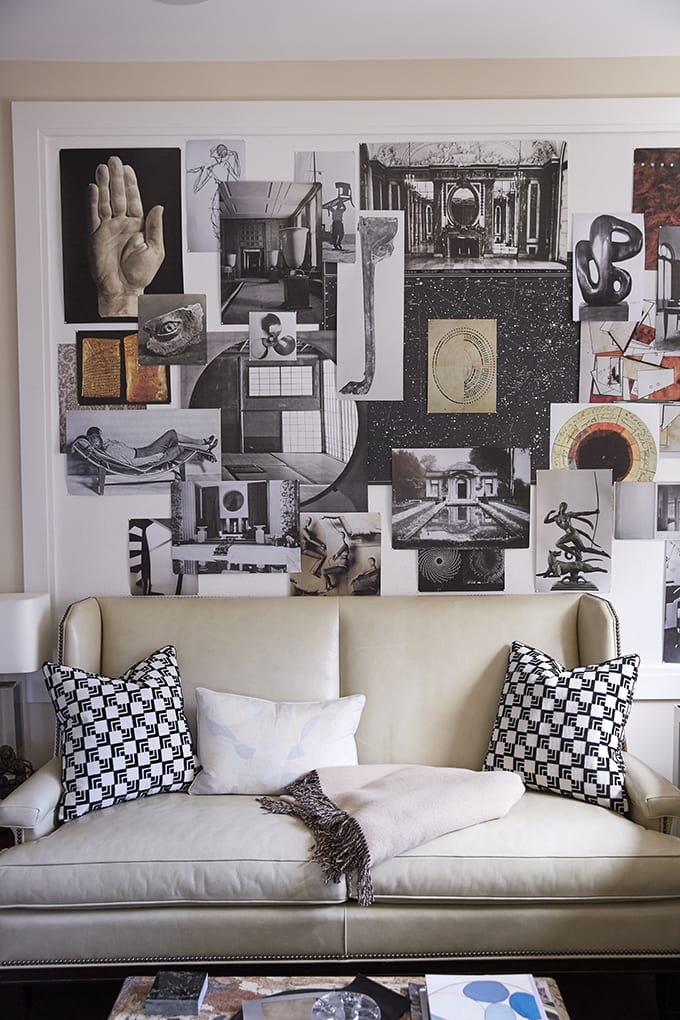 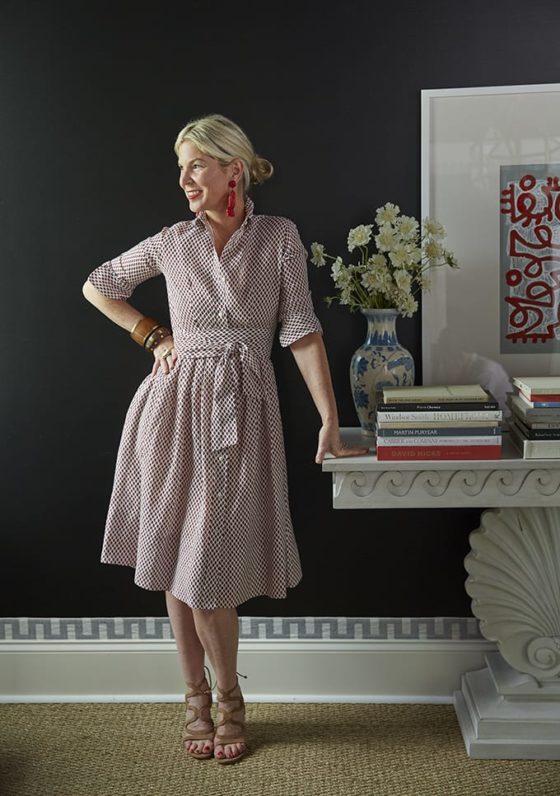 Nashville designer Gen Sohr, who with her architect husband, Benjamin, comprises the design duo Pencil & Paper Co., has earned a reputation for her bold vision when conquering projects both grand and modest. For clients with a small study in a new-build home that demanded layers of personality and patina, Sohr fearlessly anchored the space with pattern by covering the sofa in a large-scale design.

“It’s unexpected on a piece of furniture,” Sohr says. “We love defying convention by juxtaposing tones, eras and motifs. And taking the idea of architecture behind this very graphic collection, and integrating it into such a small space, made it very fun to use.” Sohr amped up the contrast with supporting patterns in varying scales, and added our playful Matrix Tape to define the walls a la David Hicks. 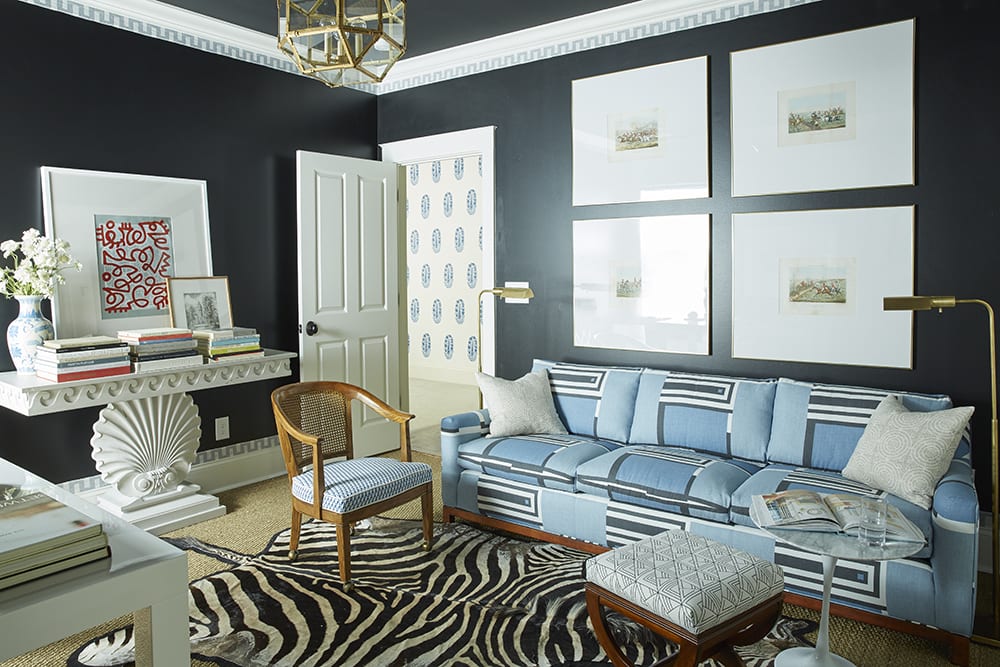 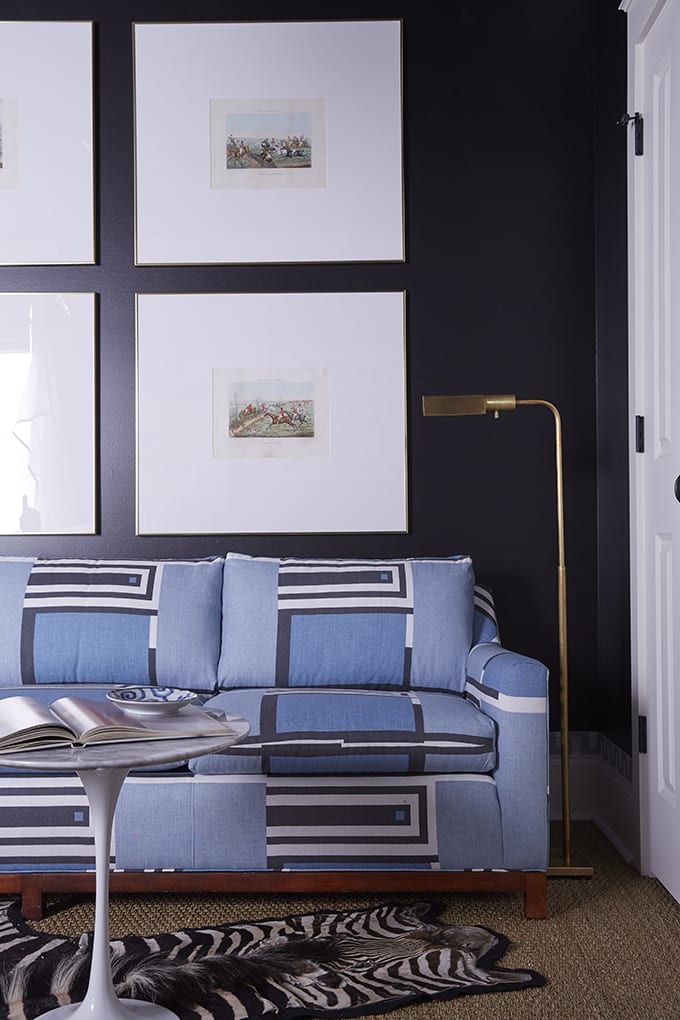 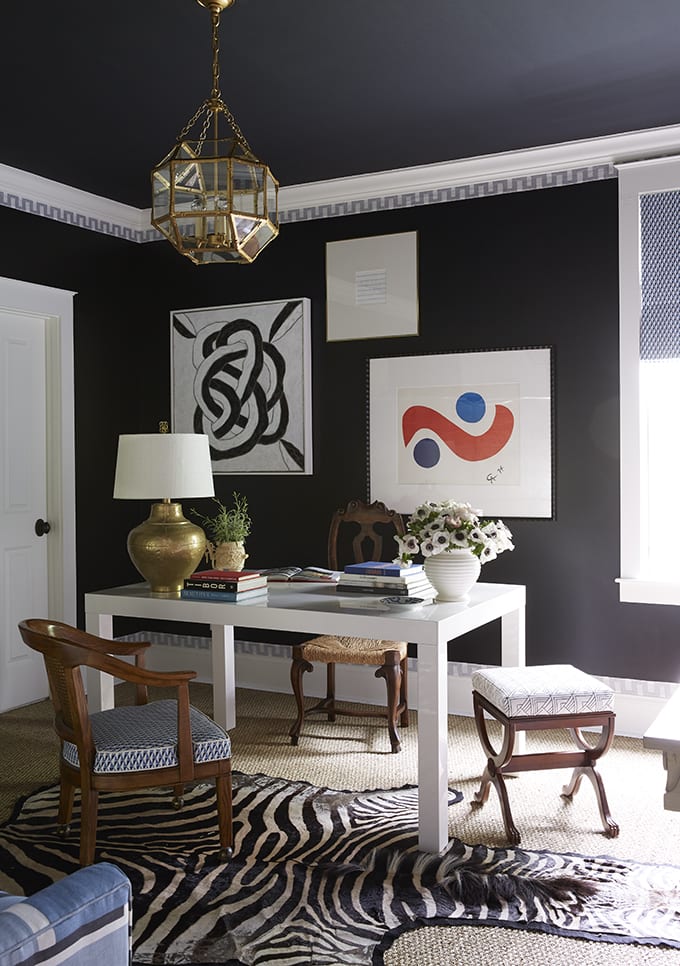 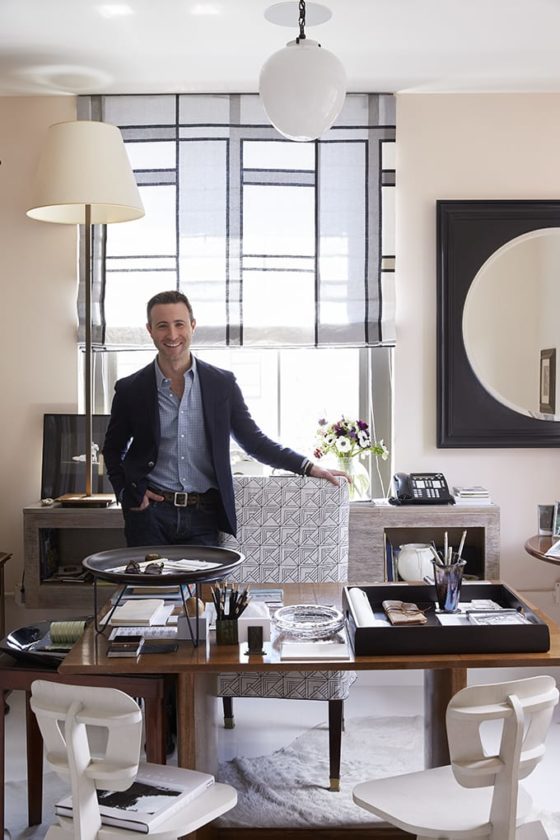 With a portfolio that underscores his talent for designing spaces that are at once highly polished and deeply soulful, it’s no wonder that Manhattan designer Dan Fink gravitate toward applications that both tested the limits of the patterns and showcased them to glorious effect.

To outfit his office, Fink designed high impact roman shades that show off the painterly quality of the large-scale prints, then slipcovered his desk chair with a graphic pattern to display how beautifully such geometric forms can be tailored. A luxe but durable cut velvet became the ideal cozy dog bed for beloved pups Elcy Jones and Totie. “Frank Lloyd Wright was truly one of our great American inventors,” Fink says, “with big ideas about architecture and form. To have that grand vision expressed in textiles is so unusual and compelling.” 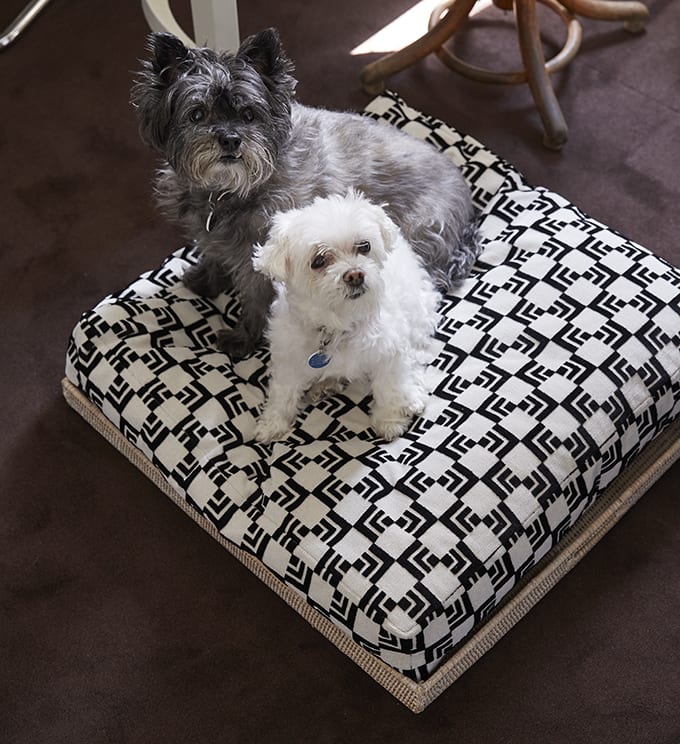 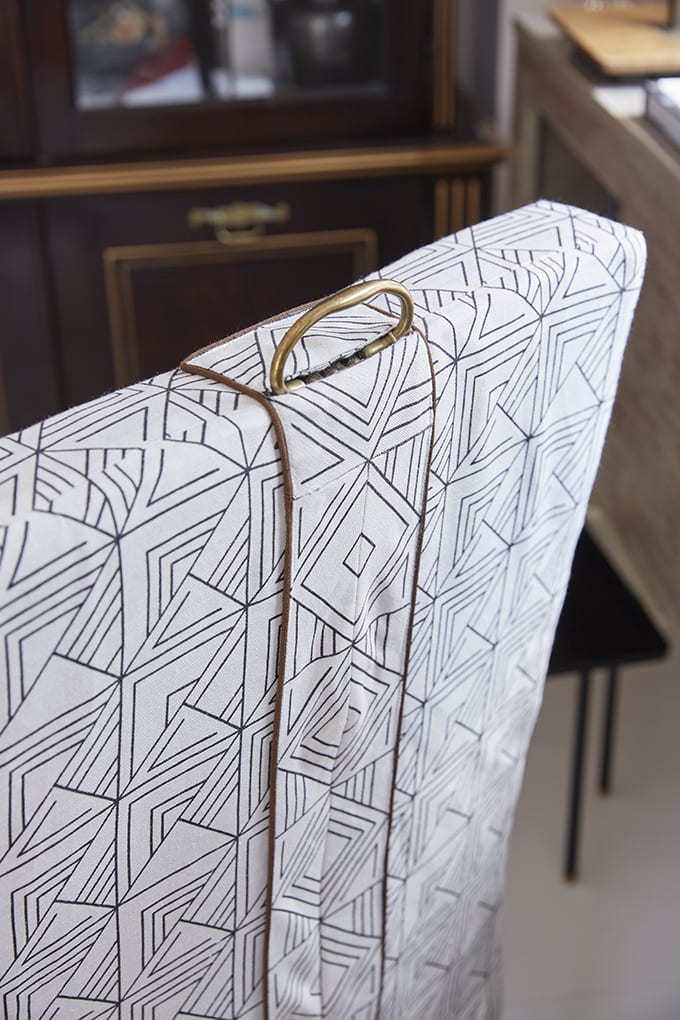 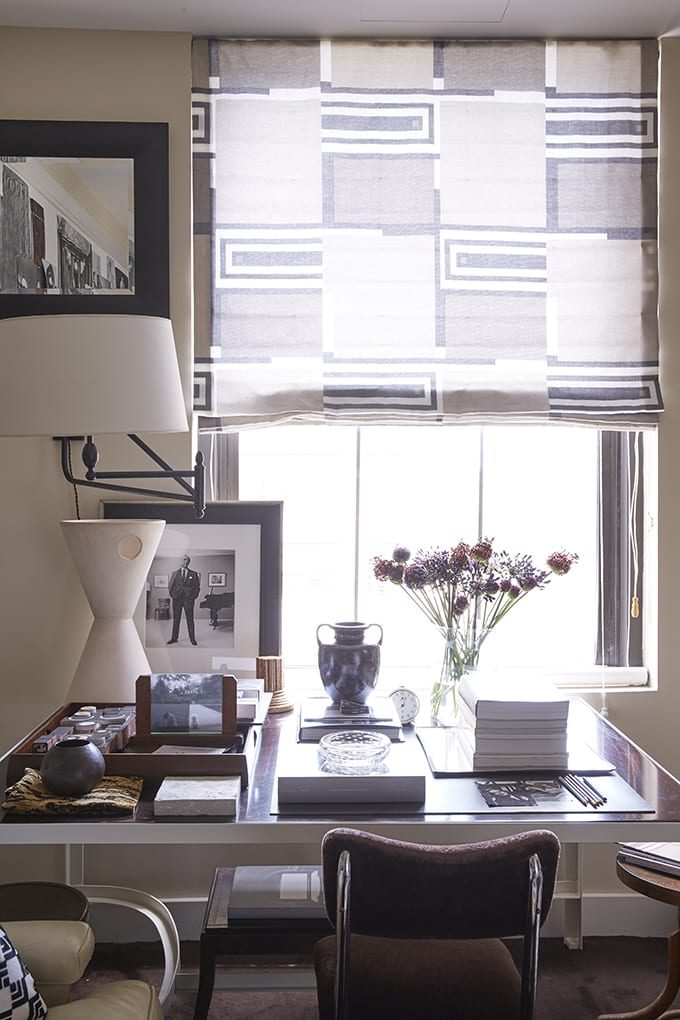 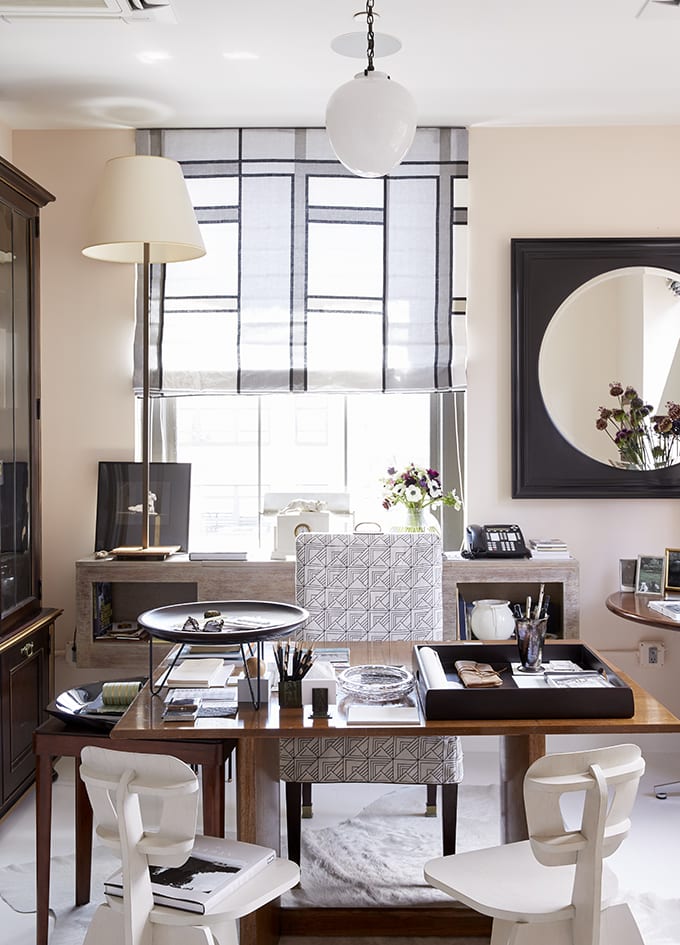 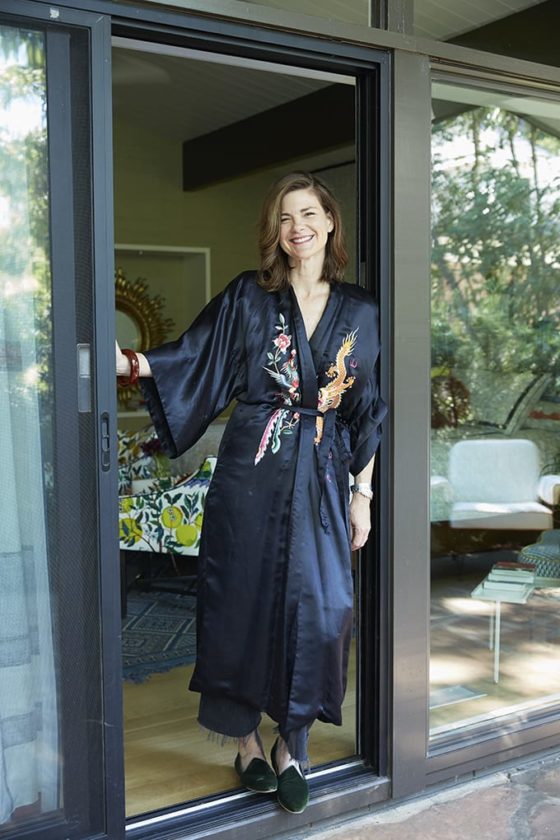 Known for crafting exuberant spaces that display a pitch-perfect mix of contemporary and traditional styles, Charlotte, North Carolina-based Barrie Benson transformed her own midcentury home’s master bedroom into a cossetting retreat that marries linear, masculine forms with a feminine penchant for whimsy and pattern.

“I love how these strong, vintage designs are reinvigorated by fresh of-the-moment hues,” Benson says, “and the range of fabrics–from toothier wovens to more delicate prints–provides endless options.” In a clever take on a classic more-is-more Tolie de Jouy application, Benson unleashed a single textile on the bedding, lampshade and upholstered walls, then layered in patterns of contrasting scales to keep things grounded (the chairs in our Citrus Garden fabric by Josef Frank are a nod to her husband’s Swedish roots). 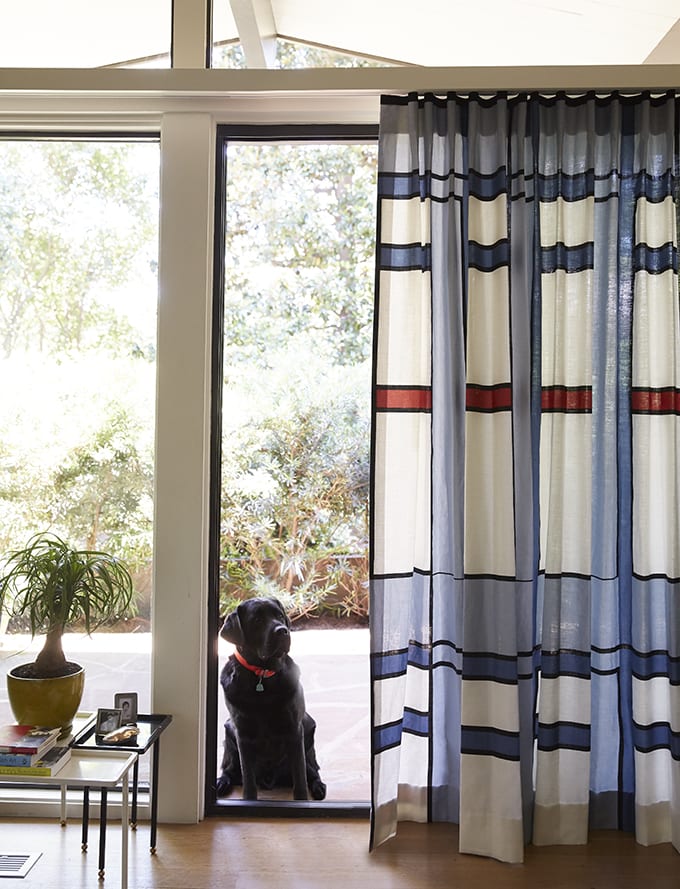 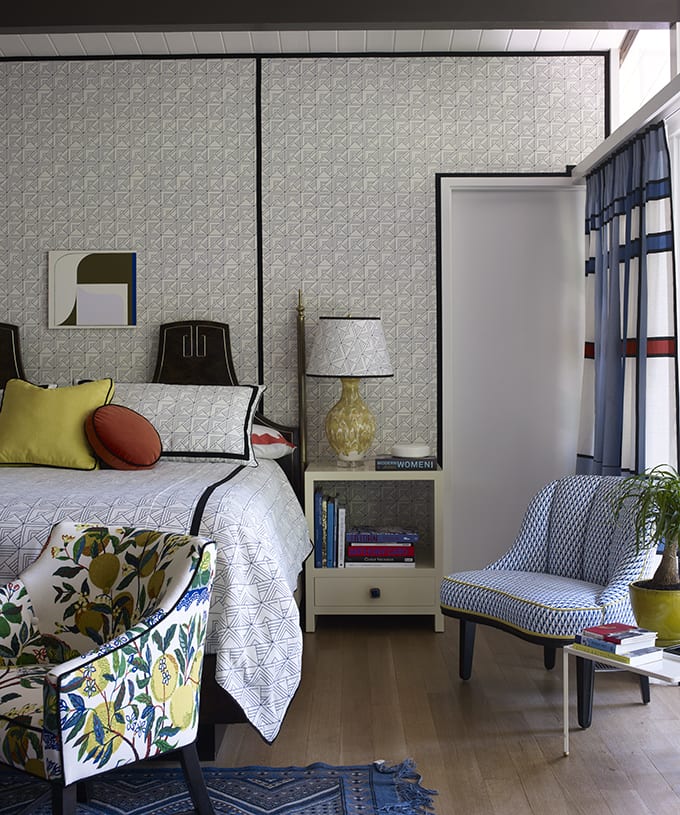 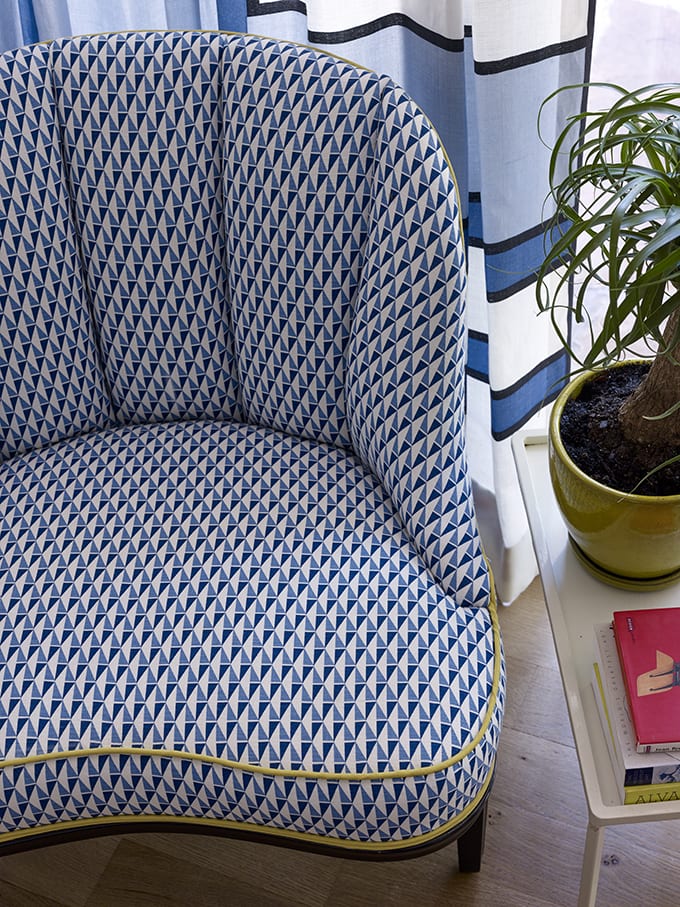 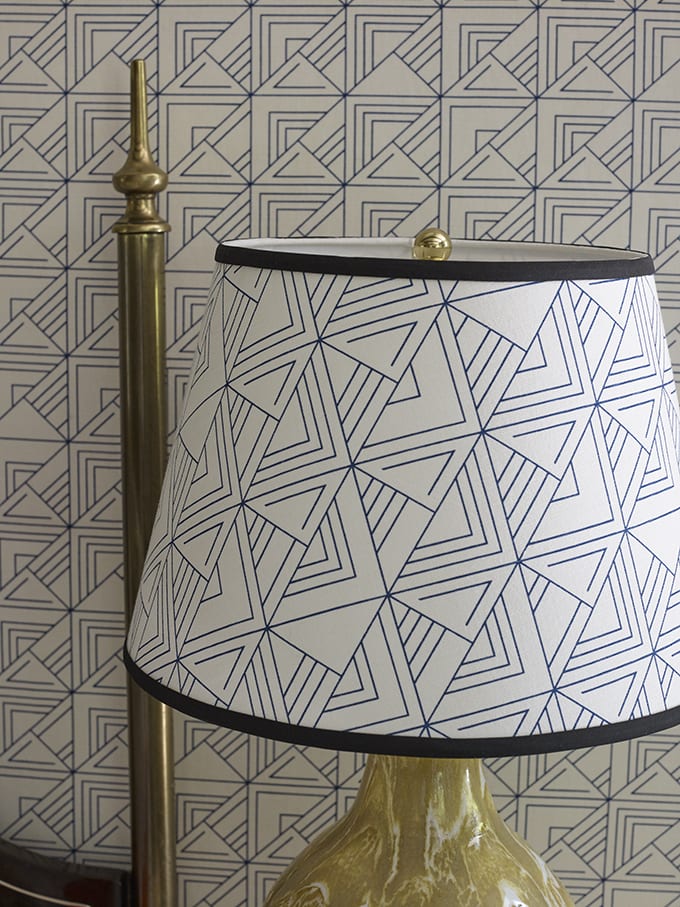 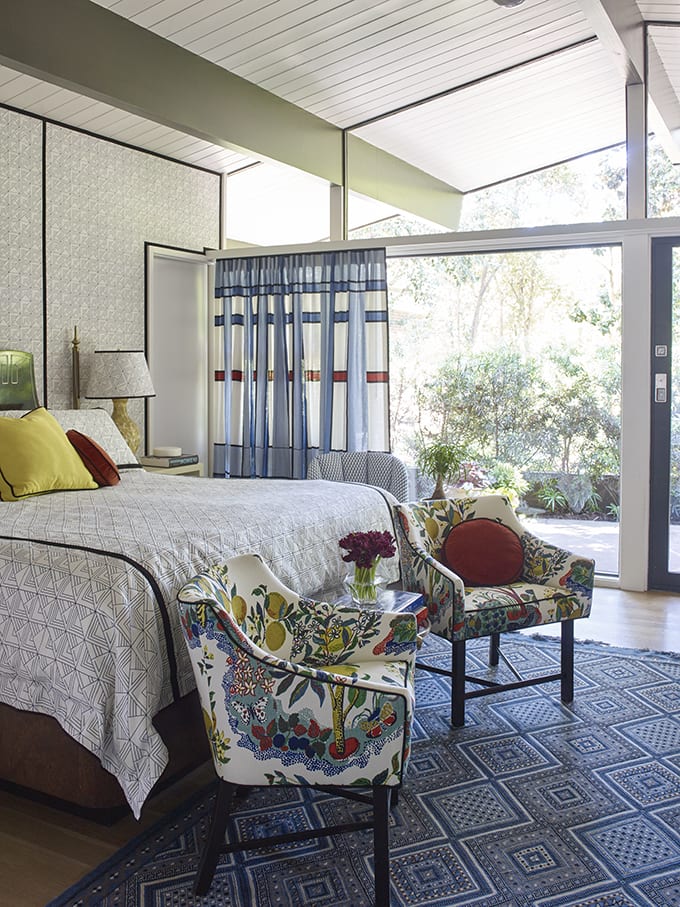 Benson used dark trim to create and underpinning geometry in the room, and designed the curtains so that the strong black line in the pattern served as the leading edge. Francesco Lagnese